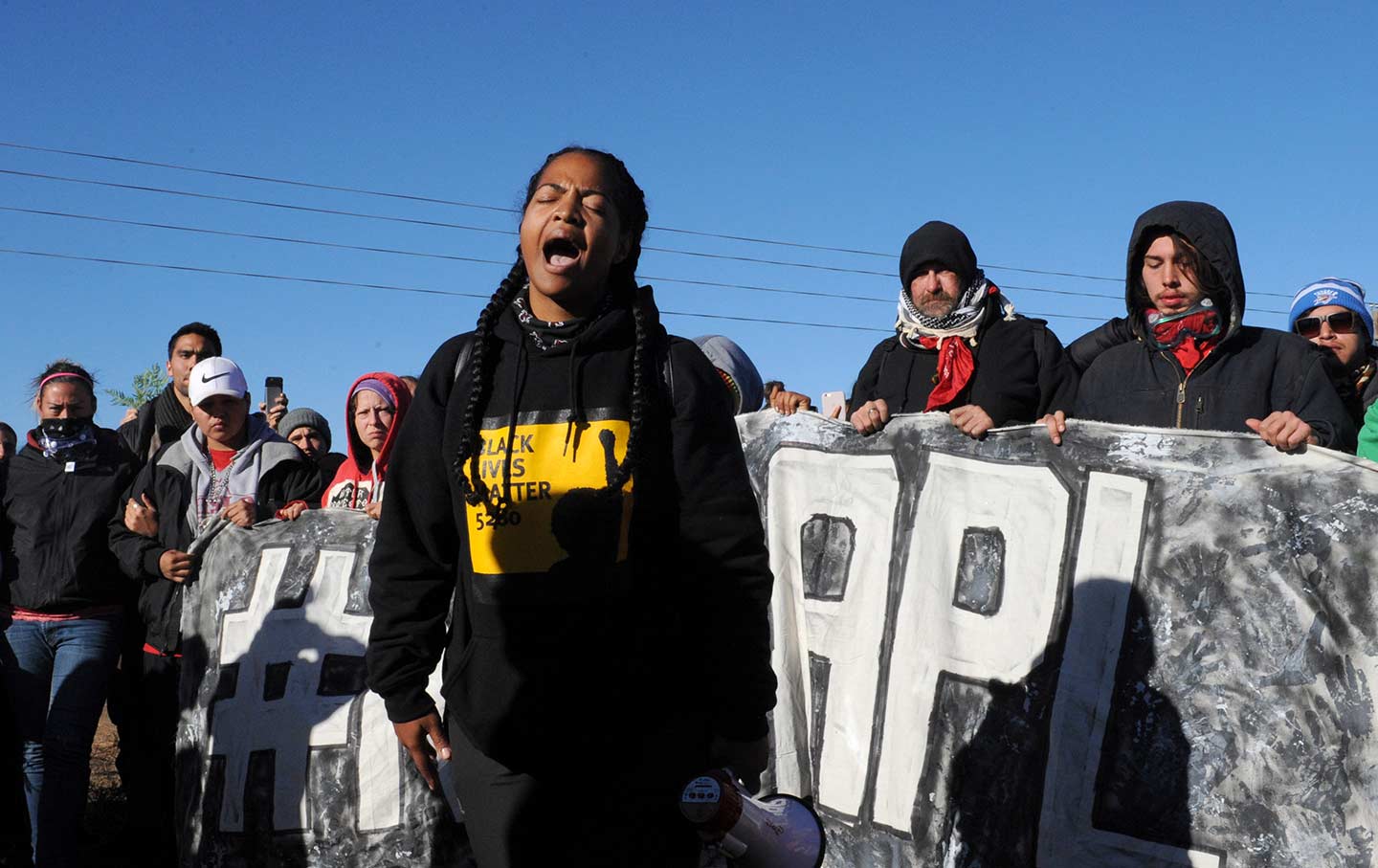 A Black Lives Matter member speaks during a protest against the Dakota Access pipeline near the Standing Rock Indian Reservation on November 12, 2016. (Reuters / Stephanie Keith)

Race is the abiding dilemma of the United States, a nation that was founded on the revolutionary ideal that all men are created equal but also on the brutal subjugation and enslavement of Native and African Americans. Donald Trump’s presidency has only intensified the contradictions: White supremacists now feel emboldened in a way they haven’t in years, even as much larger numbers of Americans are condemning hate.

Now what? The Nation assembled a stellar cast of writers and activists—Black Lives Matter co-founder Alicia Garza, novelist Walter Mosley, author Steve Phillips, and The Nation’s national-affairs correspondent Joan Walsh, and its investigative editor Mark Hertsgaard—to analyze “Race and Resistance in the Trump Era.” Their conversation occurred in June at the Bay Area Books Festival, but their insights illuminate the challenges and opportunities in the wake of Charlottesville. What books should we be reading? How do we build a movement that’s too powerful to ignore or sideline? And how do we stay human along the way? (Humor helps—don’t miss Mosley’s hilarious riff on African Americans and “fake news.”)