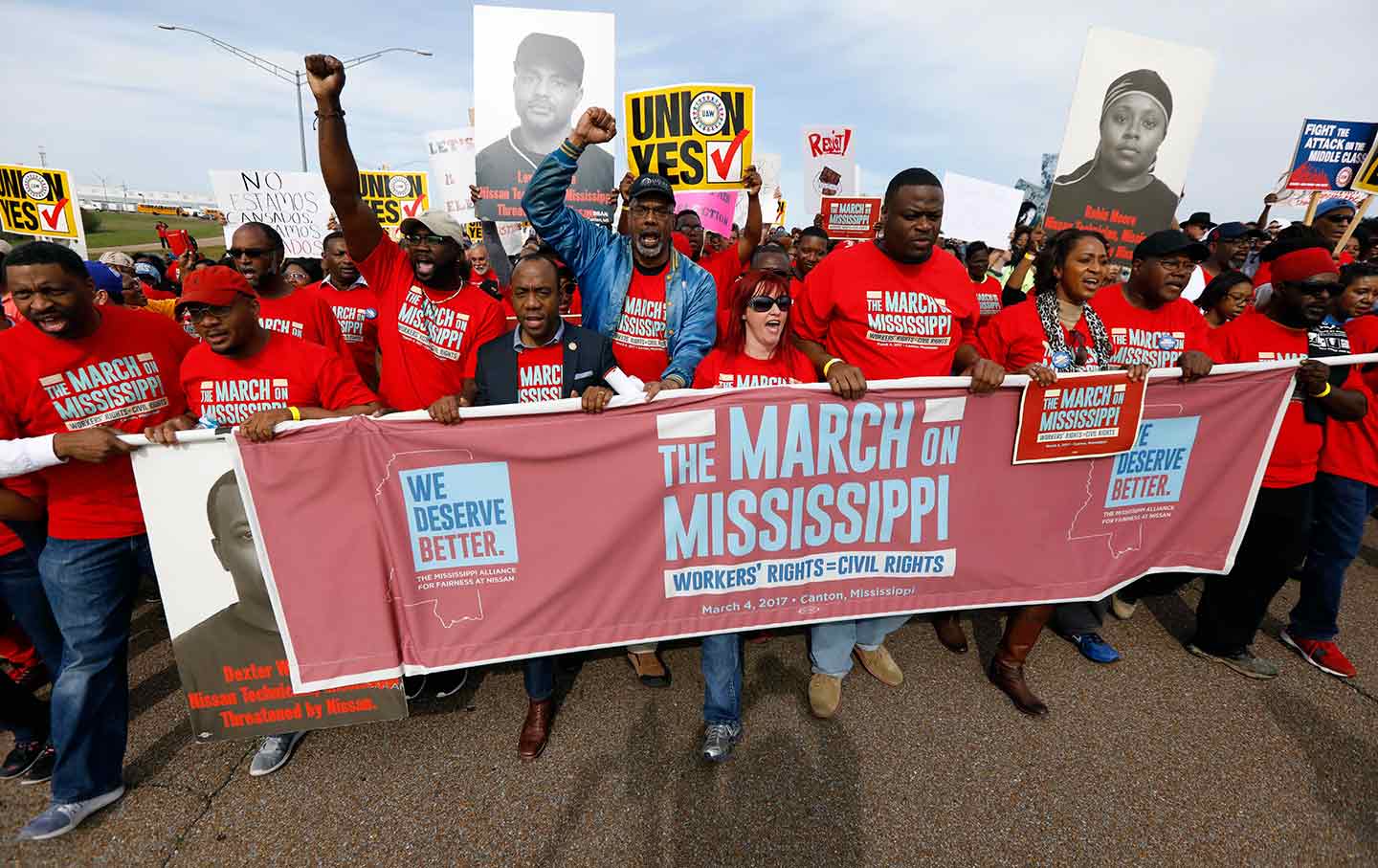 Of all the promises Donald Trump made as a candidate, perhaps none was more important than his pledge to the working-class voters who flocked to his campaign. “Under a Trump presidency,” he said, “the American worker will finally have a president who will protect them and fight for them.”

But since his election, Trump has made a mockery of that promise. He put Goldman Sachs bankers in charge of the economy. He blocked a plan to reduce mortgage premiums for millions of families. He issued a budget blueprint that slashes funding for vital social programs. And he put his weight behind an Affordable Care Act “replacement” bill that guts health coverage for working people while providing tax cuts for the wealthy and health=insurance executives.

In response, Democrats, riding a wave of grassroots energy fueling the progressive resistance to Trump nationwide, have adopted a strategy of fierce opposition to the president’s agenda. A tireless commitment to fighting Trump’s disastrous policies and support for the activists marching in the streets are important. But there is also a natural danger of falling into the default mode of opposing Trump, and merely defending existing policies, without offering the serious solutions that people so desperately need. Rebuilding the party requires Democrats to speak boldly about what they are for and not just what they are against. Otherwise, they risk replicating the failed campaign strategy of 2016, when the Clinton campaign hammered away at Trump without appealing to working Americans with a clear and bold alternative vision of its own.