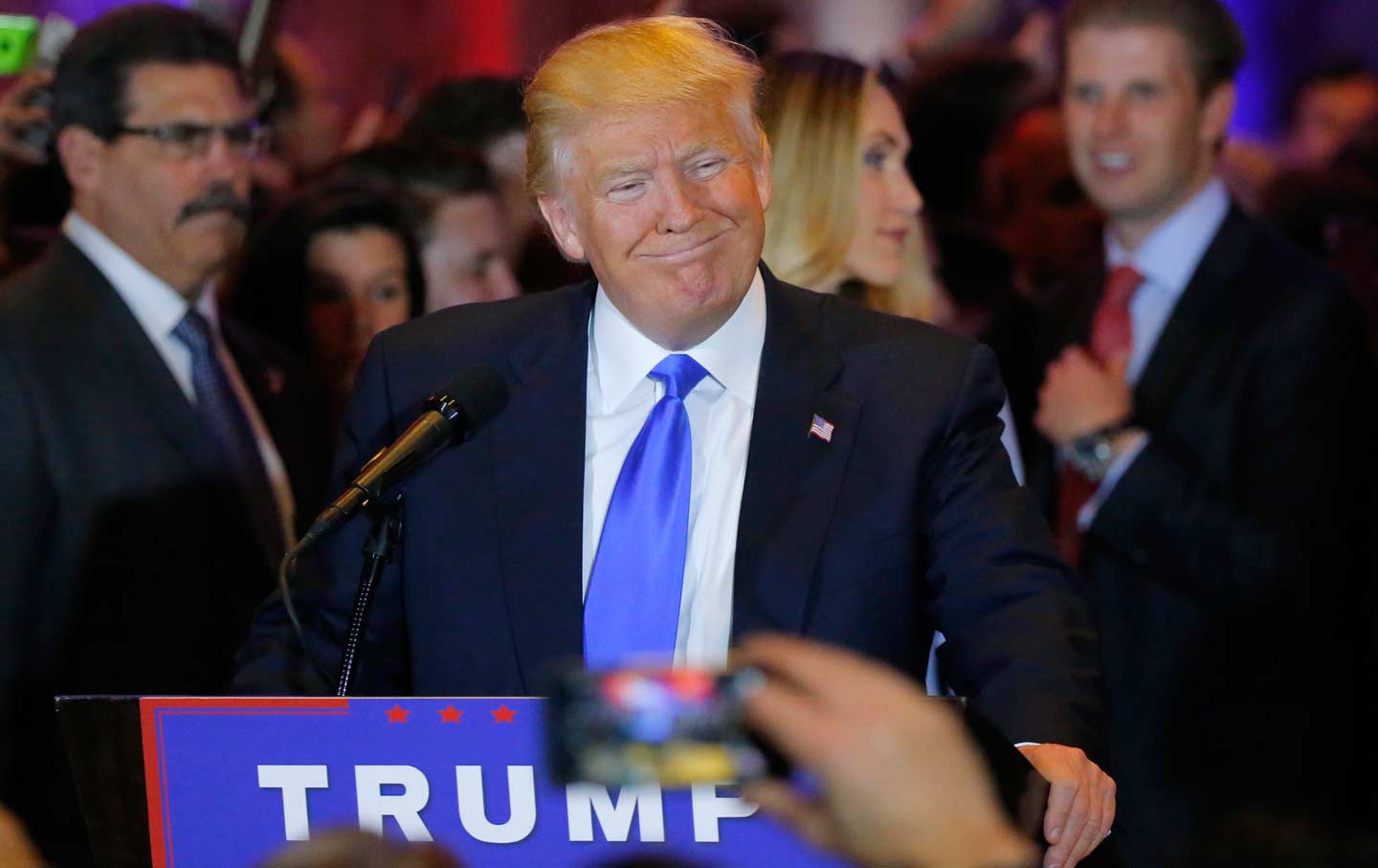 James Madison once wrote, “A popular Government, without popular information, or the means of acquiring it, is but a Prologue to a Farce or a Tragedy; or, perhaps both.” Nearly two centuries later, the tragic farce that is Donald Trump’s presidential campaign is making a mockery of the right to public information and freedom of the press.

Last week, Trump banned The Washington Post from receiving credentials to cover his campaign events, making the paper the latest media outlet the presumptive Republican nominee has summarily banished. Trump, who has called journalists “sleaze,” “slime,” “scum,” and “the most dishonest people ever created by God,” lashed out at the Post for performing the most basic of journalistic duties: accurately reporting his words in the wake of the horrific mass shooting in Orlando. In a statement, Post Executive Editor Martin Baron described Trump’s move as “nothing less than a repudiation of the role of a free and independent press.”

There is a certain irony in Trump, who benefited from the obscene amount of coverage lavished on him throughout the Republican primaries, melting down under even a whiff of media scrutiny. Trump’s dangerous attacks on the press, however, go beyond his name-calling and childish tantrums. If elected, Trump has also pledged to “open up” libel laws in order to facilitate more legal action against journalists, saying, “We’re going to have people sue you like you’ve never got sued before.” He has made it painfully clear that a Trump administration would have disdain for the First Amendment.