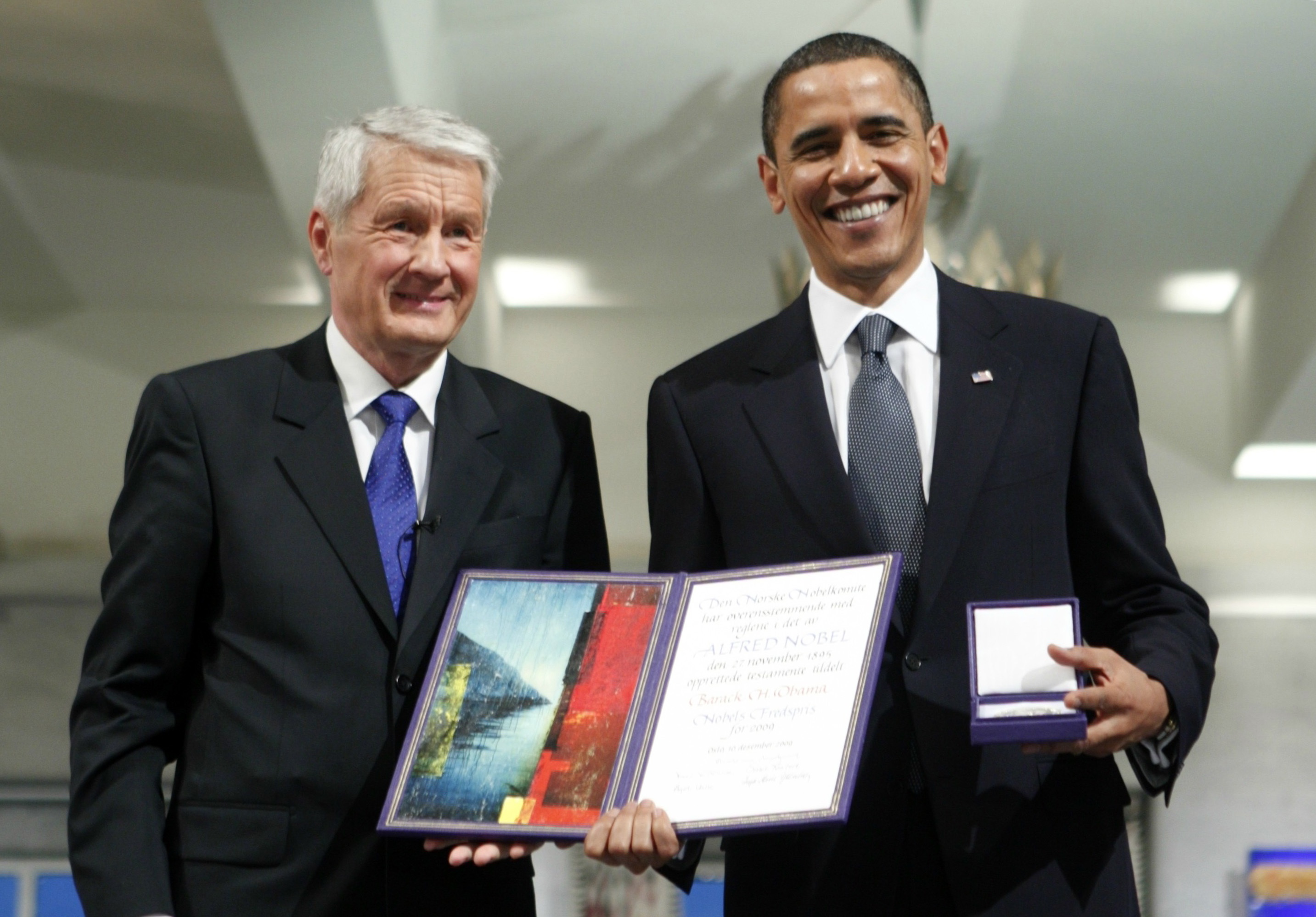 Finally, Barack Obama may prove deserving of his Nobel Peace Prize by joining with England, France, China, Russia and Germany in negotiating an eminently sensible rapprochement with Iran on its nuclear program. Following on his pullback from war with Syria and instead, successfully negotiating the destruction of that country’s supply of chemical weapons, this is another bold step to fulfill the peacemaking promise that got him elected president in the first place.

As Obama reminded his audience at an event Monday in San Francisco, he was fulfilling the pledge from his first campaign to usher in a “new era of American leadership, one that turned the page on a decade of war.” As a candidate in 2007, he committed to engage in “aggressive personal diplomacy” with Iran’s leaders, and he has now done just that.

This is potentially an international game changer comparable to Richard Nixon’s opening to Mao’s Red China and Ronald Reagan’s overtures to Soviet leader Mikhail Gorbachev, two examples of heroic diplomacy that combined to destroy the underpinnings of the Cold War. Those who continually call for regime change in Iran as a condition for improved relations with that country, as Obama’s critics are now doing, ignore that history.

It is also true that the religious leaders of Iran came to power after a previous US effort at regime change—replacing a democratic secular leader with the despotic shah—failed miserably. The Israelis who are now giving Obama such a difficult time on dealing with Iran might also adopt some humility, since it was their Mossad spies who helped train the shah’s agents in the fine art of prisoner interrogation. Yesterday’s prisoners sometimes end up today’s negotiators.

Evidently, this has also been a casebook study in diplomacy pursued for years at the president’s insistence with much international cooperation and at the highest level of effectiveness. But instead of celebrating the president’s returning to his original promise as peacemaker, the warmongers of both parties in Congress, egged on by the unholy alliance of Saudi Arabia and Israel, are crying foul. Their outrage is an affront to morality and logic, as well as a stark betrayal of a legitimate public concern over the proliferation of nuclear weapons.

Obama’s critics clearly prefer the murky unknown of rank speculation to the reality check of on-site inspection when it comes to preventing nuclear proliferation. How can it be a bad thing to call Iran’s bluff—if that’s what it is—on its nuclear program being designed for peaceful purposes?

The interim agreement releases a scant $4.2 billion in oil revenue, while still freezing an additional $30 billion over the next six months, in exchange for the imposition of enrichment limits verified by much improved inspections, daily UN checks of enrichment facilities, stopping work at the Arak heavy-water plant and other means of establishing transparency to which both sides have agreed.

Are American hawks and their counterparts in Israel and Saudi Arabia afraid that transparency will deny the US a justification for invading Iran, as it did previously with Iraq, and more recently Syria? Is the prospect of a meaningful peace all that threatening? Or are the hard-liners who run Israel afraid that their own nuclear program might come under more intense international scrutiny if the spotlight is off Iran?

In that case, the push would be on to make the entire region an enforceable nuclear-weapon-free zone, but that would put Israel’s WMD program under the microscope. No informed observer believes that Israel has made good on its oft-repeated pledge not to be the first nation to introduce nuclear weapons in the region. Israel is well known to have many actual nuclear weapons and not merely a uranium enrichment program. The Pentagon estimated that Israel had eighty nuclear weapons in 2002, as well as a robust delivery system of missiles, airplanes and even sea-based launchers. Of course, we won’t know the truth about Israel’s WMDs until UN inspectors are permitted on the ground.

That won’t happen anytime soon, because Israel has worked itself into a self-righteous corner of unaccountability that does not bode well in a rapidly changing world. It is now in the morally odd position as the self-proclaimed sole democracy in the region of joining Saudi Arabia in backing a military junta in Egypt that snuffed out that most populous Arab country’s political spring. Once a backer of Syria’s minority religious-based government “as the enemy we know,” Israel again sides with the Saudis in backing an Islamic rebel coalition heavily infiltrated by Al Qaeda.

But oddest of all is Israel’s currently partnering with Saudi Arabia in stoking a regional Sunni war against the Shiites led by Iran, as if taking that side in deepening the region’s religious wars is somehow good for the Jews. It isn’t, and Obama’s words of caution to critics of the Iran nuclear deal apply to those in Israel as well as in America: “Tough talk and bluster may be the easy thing to do politically, but it’s not the right thing to do for our security.” He’s back.

For more on the deal with Iran, read Bob Dreyfuss’s latest post.