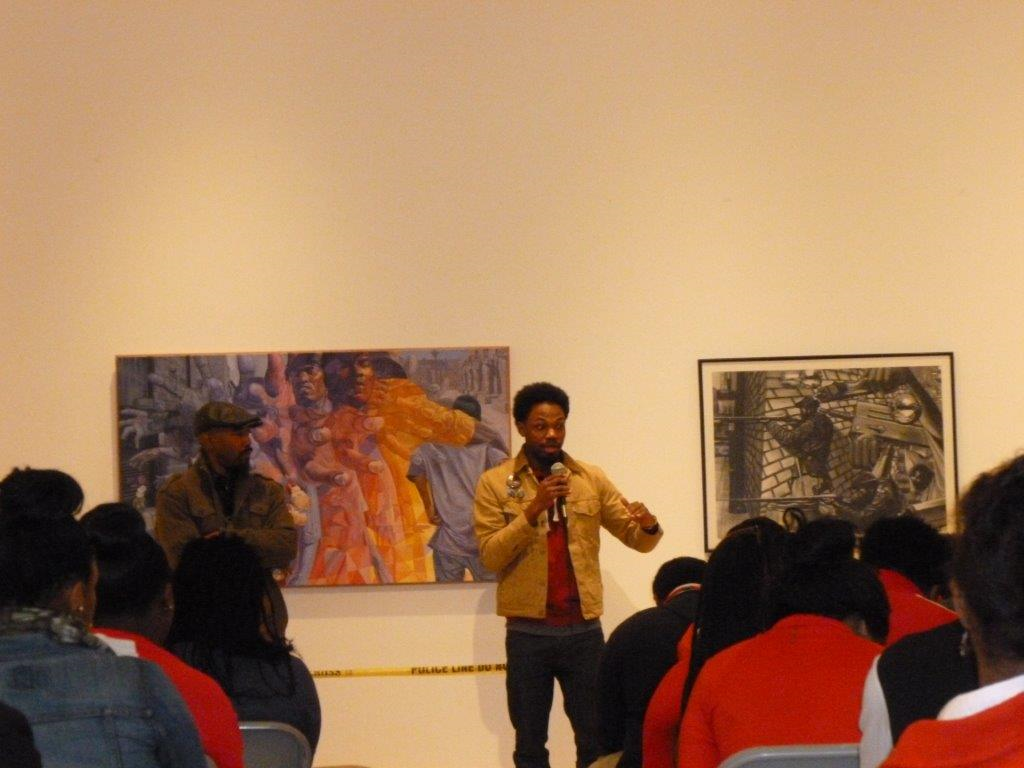 EDITOR’S NOTE: Poverty is everywhere, but so are examples of real people making meaningful change. This resilience is a crucial ingredient to the success of every social movement and is at the heart of what inspires the Center for Community Change’s mission. This year, the CCC hosted a new youth contest, in which The Nation was delighted to partner. The CCC and The Nation jointly asked young people to submit a photo illustrating courage or resilience in confronting economic hardship in their life or community and explain in 500 words what it meant to them. We’re extremely proud to publish the winning entry below. The winner, Faron Manuel, is a senior at Clark Atlanta University in his hometown of Atlanta, Georgia.

For the past two years I have worked as a docent in the Clark Atlanta University Art Galleries. During this time I learned the true value of art (which is not monetary, by the way), and how the messages in art and culture can inspire human beings to aspire to a greater reality. As a docent I was responsible for many tasks, but the job that proved most rewarding was the guided tours and enrichment programs I was able to run for young people, many of them visiting an art gallery for the first time on field trips from schools and community centers located in areas of the city where economic hardship and racial injustice are commonplace.

As an Atlanta native coming from the same “inner-city” areas, I understood firsthand the challenges many of them experienced day-to-day. Whether it’s unemployed parents, gun violence or the slew of other side effects of poverty, confronting these societal ills using the medium of art has proven to be a great way to spark conversations about resilence, anger, rage and hope tapping into long-buried feelings. This is especially so when the work confronts, depicts, or even challenges issues that are familiar to the viewer, as much socially conscious art does.

For instance, in the photo I am assisting artist James Pate with a lecture on gun violence in impoverished African-American communities across the United States, during the exhibition of his series on the subject titled “Kin Killin’ Kin.” It is a known fact that gun violence shares a direct link with poverty, and honest dialogue about this correlation is the first step to reducing both.

Teaching the youth by using art as a tool to evoke constructive dialogue about pressing issues like racism and poverty in our society has renewed my hope for positive change. Many of the young people that visit the galleries leave with a new outlook on life. They become inspired or hopeful by a connection they have made with a piece of art or with someone who was similarly moved by the artwork. My job as docent afforded me the opportunity to play a key role in inducing these types of experiences and interactions and it is in this type of work that I find the most significance.