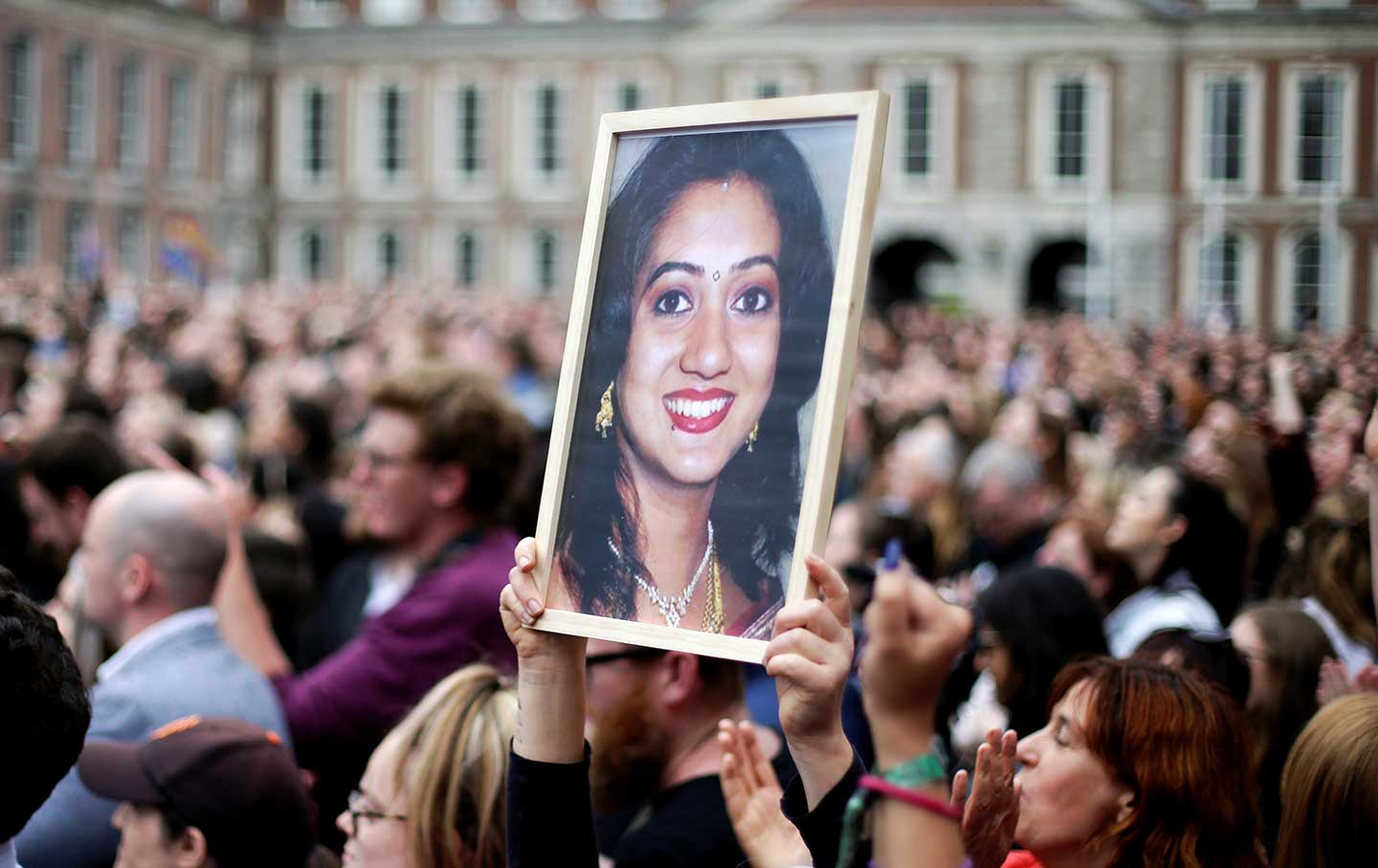 Everyone said the Irish vote on abortion would be close—but 66 percent voted “yes” last Friday, including a majority of men, and a majority of every age group except those over 65. Katha Pollitt was there—she reports on the campaign, and the victory celebrations.

Also: The American military is the most massive, the most technologically advanced, and the best-funded fighting force in the world—but in the last 15 years of constant war it has won nothing. Tom Engelhardt comments; he’s the legendary editor who created and runs the TomDispatch website, and his new book is A Nation Unmade by War.

Plus: Trump and Syrian refugees: During Obama’s last year, about 10,000 were admitted to the United States; so far this year, the number is 11. Wendy Pearlman explains—she interviewed hundreds of Syrian refugees across the Middle East and Europe. Her new book is We Crossed a Bridge and It Trembled: Voices from Syria.