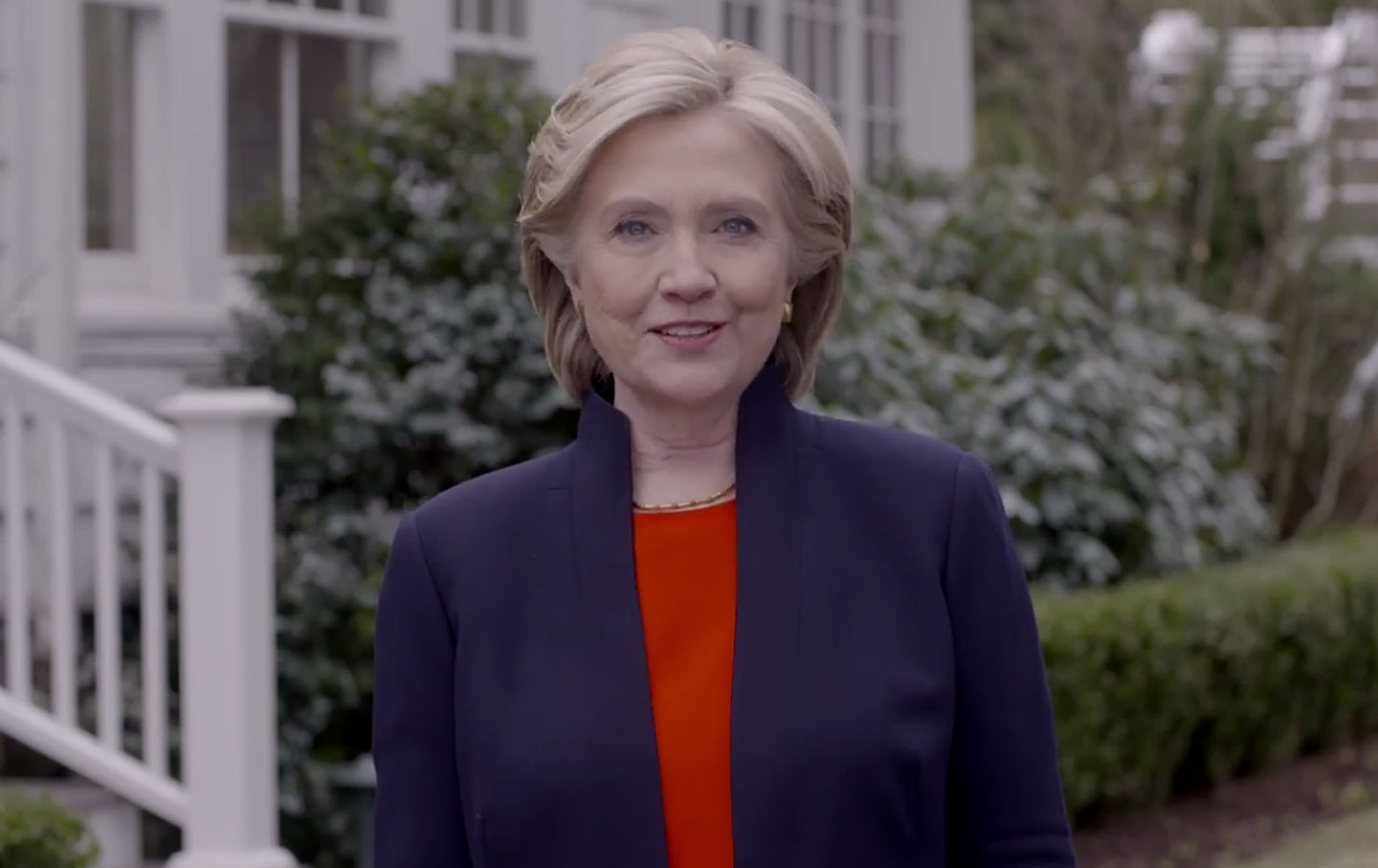 Hillary Clinton’s campaign announcement on Sunday may mark the moment that the Democrats officially became the party of family values. Throughout the late 1970s, 1980s and into the 1990s, conservatives were remarkably successful at pummeling Democrats as foes of ordinary parents and their children. Progressives occasionally tried to argue that families are protected by economic justice and a stronger social safety net, not abortion bans and anti-gay demagoguery, but while this happens to be true, it often failed to resonate. Too many Americans blamed feminism and the sexual revolution—and, by extension, the left—for social and economic upheavals that had left them reeling. Ozzie and Harriet’s America was always a brief, half-imaginary historical anomaly, but a lot of people longed for it, and the right was able to weaponize that longing.

Now, though, we have finally moved past that. The surprisingly moving video announcing Hillary Clinton’s bid for the presidency shows that Democrats have finally found an authentic version of pro-family politics. Titled “Getting Started,” it features ordinary families preparing for milestones—a woman moving so her daughter can be in a better school district for kindergarten, a couple getting ready for a baby, a stay-at-home mom about to return to work, two men engaged to be married. “Everyday Americans need a champion, and I want to be that champion,” Clinton says.

The campaign announcement suggests that this will be a very different sort of Clinton campaign than we saw in 2008, one that emphasizes gender and so-called women’s issues instead of running from them. And whatever you think of Clinton, it’s a triumph of feminism—or, at least, a certain kind of feminism—that issues like family leave and childcare are about to be at the center of a presidential contest.

There is both historical irony and historical continuity in Hillary Clinton emerging as the standard-bearer for a family-focused progressivism. It’s ironic because throughout the 1990s, Clinton was demonized as a cookie-hating enemy of home and hearth. “When Bill and Hillary Clinton talk about family values, they are not talking about either families or values,” said Pat Robertson at the 1992 Republican National Convention. “They are talking about a radical plan to destroy the traditional family.”

At that convention, Republicans went out of their way to laud Marilyn Quayle, the vice president’s wife, for being what the Times called the “Un-Hillary,” a woman who’d given up her own legal career to serve her family. “Marguerite Sullivan, Mrs. Quayle’s chief of staff, was asked to draw distinctions between her boss and Mrs. Clinton,” said the Times. “’Marilyn Quayle is absolutely committed to her family,’ she replied. ‘She makes time for the children; she’s always home for dinner at 7 P.M.’”

In reality, however, Clinton was never any sort of family-scorning radical feminist. Indeed, however chameleon-like her public persona, concern for mothers and children has been a constant of her career, from her early work with the Children’s Defense Fund to her book It Takes a Village to her work in the State Department on maternal mortality. Contrary to the right’s caricature, Clinton’s feminism always had a distinctly maternalist bent.

And now her campaign will, too. This is a sign that her team has changed. Gone, thankfully, is the odious Mark Penn, who advised Clinton in 2008 that voters see presidents as father figures and did “not want someone who would be the first mama, especially in this kind of world.” More than that, though, it’s a sign that the country has changed. The rapid public embrace of gay marriage has turned it from a Republican wedge issue into a Democratic one, casting conservatives as the scowling enemies of loving couples who want to join the most bourgeois of all institutions. The rise of female breadwinners, and of women in the workforce more generally, has eroded the idea that “family” means a working father and a stay-at-home mother; family values thus no longer signifies retrograde social arrangements. Today, it’s more obvious than ever that it’s liberals who are fighting for women (and men) to be able to make time for their children and get home for dinner at a decent hour. It’s encouraging that Clinton is making this her banner, because it’s long been her cause.