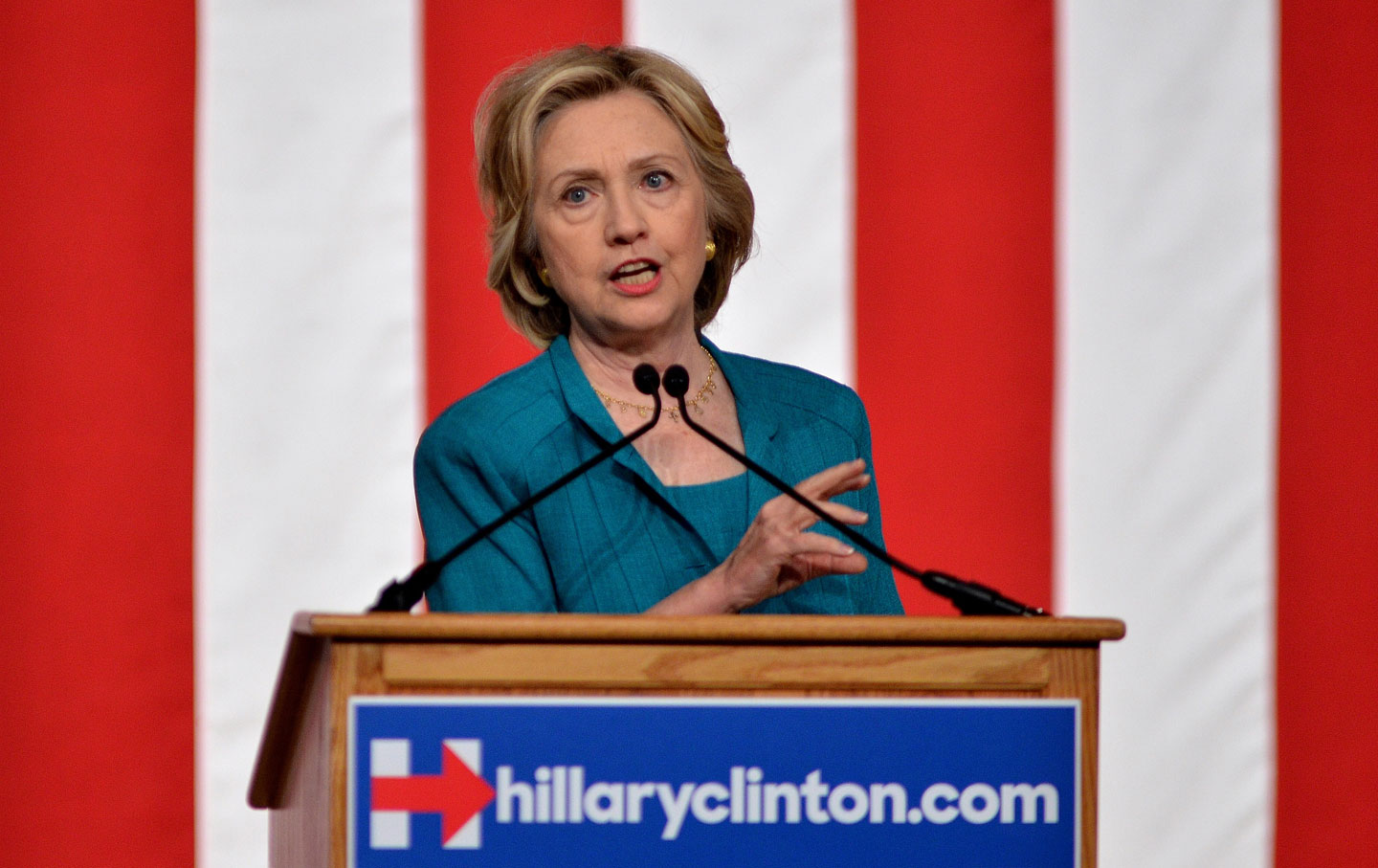 In a Wednesday afternoon interview with PBS, Hillary Clinton announced that she is opposed to the Trans-Pacific Partnership trade deal that was finalized just two days earlier. “As of today, I am not in favor of what I have learned about it,” she told Judy Woodruff. “I don’t believe it is going to meet the high bar I have set.”

There will be endless analysis and chatter about how this impacts the Democratic presidential primary—but forget that for now. The real intrigue is how Clinton has impacted what’s sure to be a close vote in Congress on the TPP next year, because from almost any angle, Clinton’s position will make its passage much more difficult.

The fast-track trade legislation that Congress approved this summer was an obvious proxy for the TPP debate, and it passed the House with only a 10-vote margin. (The Senate margin was larger, and fast track lowered the threshold for TPP even further. For now, there isn’t much danger the TPP will fail in the upper chamber.)

Twenty-eight Democrats were needed to get the legislation through the House, and about the same amount will be needed to pass the TPP—perhaps more, if Donald Trump and other GOP candidates continue to rail against the deal and move Republican support away from the pact.

Those 28 Democrats were already under serious pressure from unions and progressive activists not to support fast track, and the TPP vote will be even more intense. The vote will likely occur in early to mid-February, right after or during the primaries in Iowa in New Hampshire.

Whether it’s Hillary Clinton or Bernie Sanders or Martin O’Malley winning those contests—or any combination thereof—that person will be against the trade deal. (If Joe Biden enters the race, it’s not clear where he would stand.) That means the future leader of the party, whoever it is, will be telling Democratic voters the TPP is a bad bargain.

Moreover, Democratic primaries for House seats will also be underway. Potential primary challengers to the pro-TPP Democrats will spot an easy way to align themselves with Hillary Clinton (and Bernie Sanders), while leaving their incumbent foe on the other side.

This is a potent political mix, and not too many of the 28 pro–fast track Democrats need to get scared away to kill the TPP in the House.

To get Democrats across the line for fast track, President Obama made countless personal appeals to members. Some Democrats described it as the most intense congressional push of his presidency. Clinton’s announcement also handicaps his ability to pull off the same feat for the TPP. There’s a point in every election year where members of a party start worrying much more about their future leader, and much less about the person who will be a private citizen in a matter of months.

There will be endless analysis and chatter about whether Clinton is being genuine, given that she seemingly endorsed the TPP in the past, and whether her announcement was influenced by the strong opposition to the deal from Senator Bernie Sanders and former Maryland governor Martin O’Malley.

In a sense, none of that really matters—as a fundamentally routine matter of business, politicians align themselves with popular ideas and against unpopular ones, regardless of how they truly feel. (That’s not to suggest Clinton hasn’t changed her mind on the merits; perhaps she has.) What matters about Clinton’s announcement is it’s the clearest indicator yet the politics around the TPP are changing—and they’re slipping away from the White House.