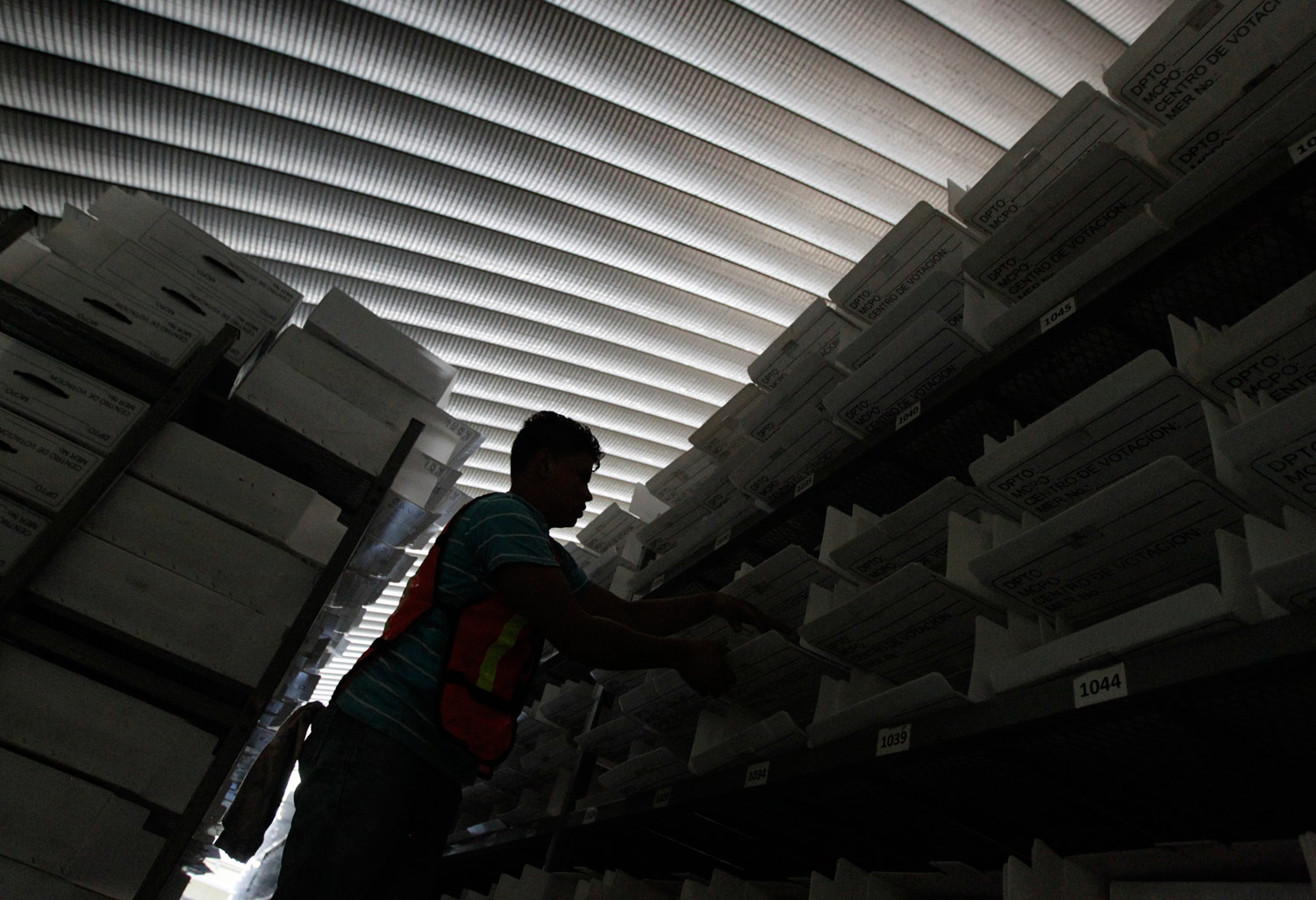 Four years after a military coup deposed democratically elected President Manuel Zelaya, Hondurans have a chance with their November 24 elections to restore a measure of democracy. The stakes are high: either Honduras will plunge deeper into its vortex of violence and repression, or it will have a fighting chance to begin to re-establish the rule of law and construct a viable economy. On a broader level, the Honduran elections will test whether Latin America’s transition to democracy and social justice will be permitted to advance—in what Secretary of State John Kerry still refers to as “our backyard.”

For the past nine months, the consistent presidential front-runner in the polls has been Xiomara Castro de Zelaya, the ex-president’s wife, who has emerged as a charismatic leader in her own right. She is the candidate of LIBRE (Libertad y Refundación), a new party formed out of the post-coup resistance movement that unites a broad coalition including labor, LGBTI activists, campesino leaders, consumer rights activists, human rights defenders, former members of the Liberal Party who opposed the coup and others mobilized in an enormous grassroots base. If nothing else, the traditional two-party system has been shattered.

In second place for many months sits Salvador Nasralla, an ultraconservative sportscaster with no political experience, running on his own new Anti-Corruption Party; but he has been lagging recently. The man to watch is Juan Orlando Hernández, the candidate of the ruling National Party, ahead in some recent polls. Hernández has proven adept at undermining the rule of law. As a leader in the Honduran Congress, he enthusiastically promoted the 2009 coup. In December 2012, as its president, he led the “technical coup” in which Congress illegally deposed four of the fifteen justices on the Supreme Court and named replacements the next day. In August, Congress illegally named a new attorney general for a five-year term. As a result, Hernández and his party control all the key reins of state power, including the electoral machinery and the military.

Most chilling, Hernández has built his candidacy around the promise of “a soldier on every corner.” It’s well established that the country’s police, judiciary and prosecutor are corrupt, interlaced with drug traffickers and organized crime. The police are directed by Juan Carlos “El Tigre” Bonilla, an alleged death squad leader. Lacking the political will to clean this up, current President Porfirio Lobo and the Congress are instead sending in the military to take over police functions—supposedly to protect Hondurans from the very dangers the government is responsible, in part, for creating. Yet the military itself has a track record of repression and corruption. On July 15, for example, the Engineers’ Battalion shot and killed an indigenous activist, Tomás García, as he peacefully protested construction of a dam. In the Aguán Valley, the Fifteenth Battalion has committed widespread human rights abuses. Constitutionally, the military oversees the balloting process.

In this context, prospects for a free and fair contest are grim. According to Rights Action, at least eighteen LIBRE activists and candidates have been killed since May 2012—more than from all the other parties combined. At least sixty-seven lawyers and twenty-nine journalists have been murdered during the Lobo administration, but only in four cases was anyone convicted. Meanwhile, the Honduran government is increasingly criminalizing peaceful protest. It is aggressively prosecuting indigenous leader Berta Cáceres, for example, on trumped-up charges.

Although Ambassador Lisa Kubiske has stated that the United States is not taking sides and that it is important the elections “are carried out in a free, just and transparent manner,” the indications so far suggest that the embassy may legitimate a fraudulent victory. It has not spoken forcefully against the illegal naming of the attorney general, the militarization of the police or the technical coup. It has never publicly protested the killings of LIBRE activists and candidates. It is promoting election observation but continuing to work closely with Bonilla, the corrupt police and the dangerous military.

The US Congress, however, is watching Honduras carefully. In June, twenty-one senators, including top leaders, co-signed a letter from Senator Benjamin Cardin questioning US support for Honduran state security forces and raising concerns about the elections. In the House on October 15, several members, led by Representative Raúl Grijalva of Arizona, expressed similar concerns.

Will the State Department engineer what used to be called a “demonstration election,” managing the illusion of democracy in Honduras so that Hernández can win and the United States can continue to pour tens of millions of dollars into the security forces in the name of the “war on drugs”? Or will Hondurans be allowed to take a small step forward? That’s what the world should be asking.