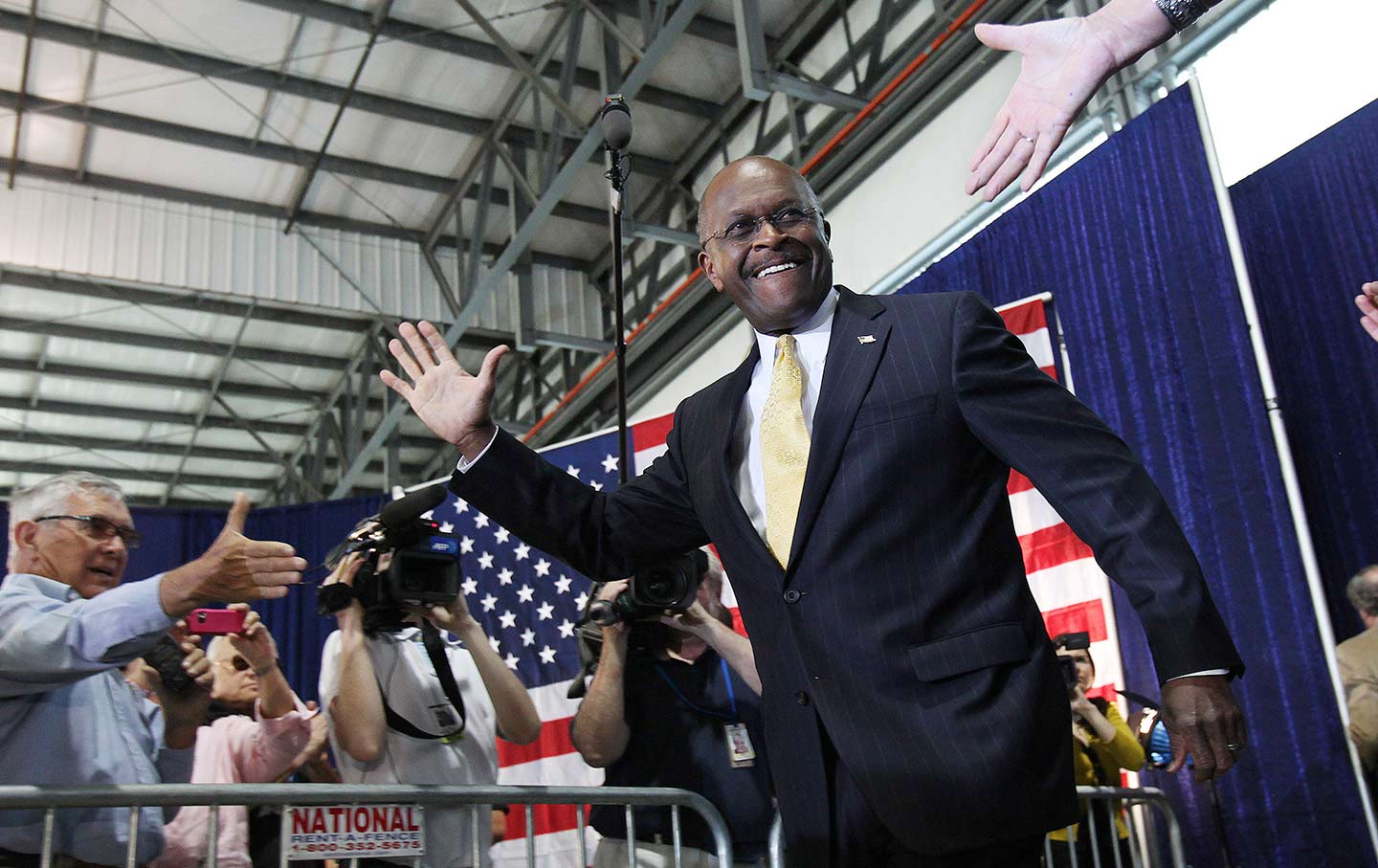 The late-night comics make it plain
They’re thrilled to have back Herman Cain—
Reminding us of days more sane,
When folks like Herman would campaign
For posts we knew they’d not obtain—
Existing just to entertain,
Not win by fluke, and therefore gain
The White House for a four-year reign
That pulls the country down the drain.