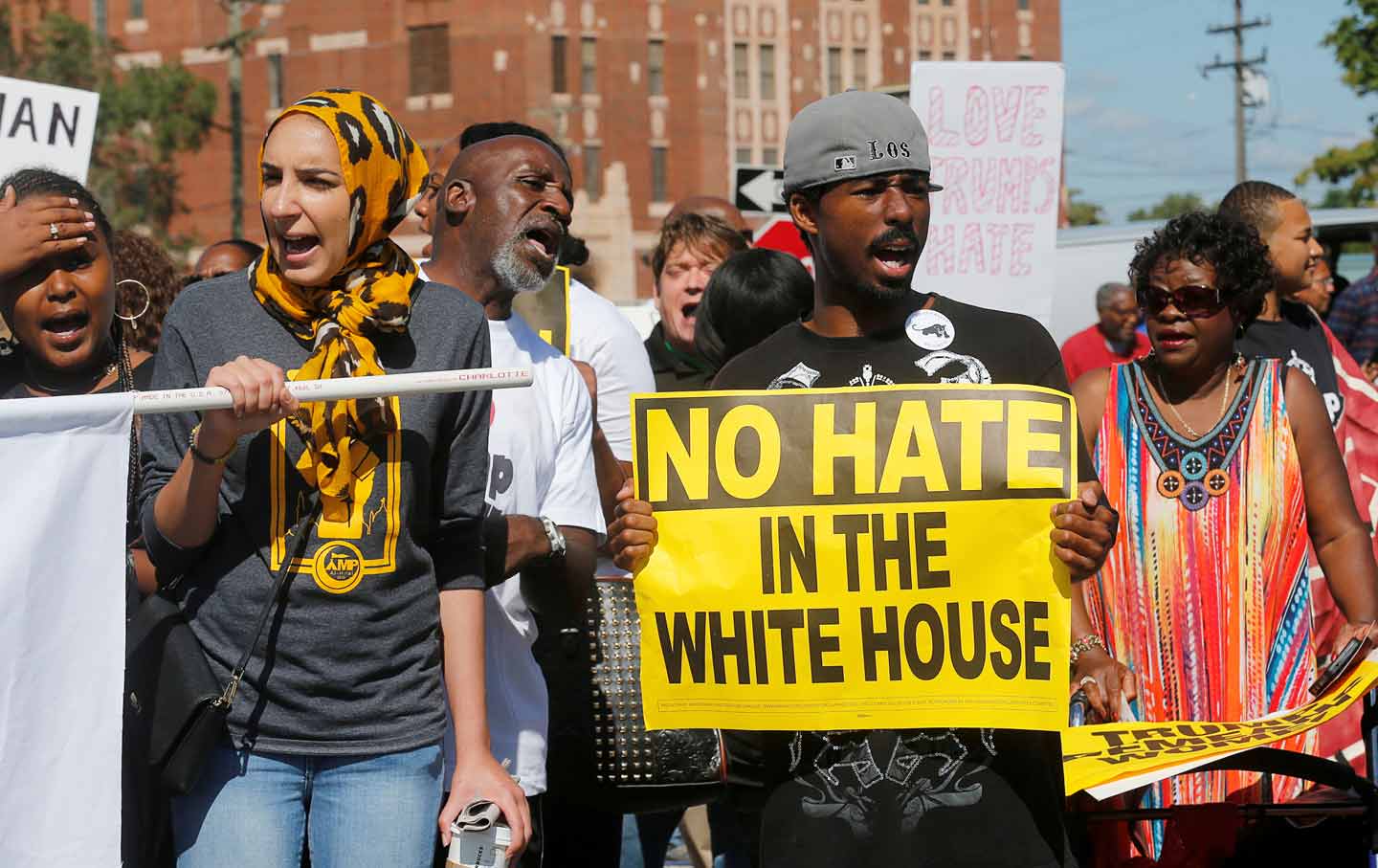 I’d like to take a moment to speak to the country’s Democratic donors. Many of you are, rightly, appalled at the presidential election results and energized to act. Some donors are planning to gather at a conference called to discuss how to “kick Donald Trump’s ass.” Others are planning to run for office themselves on the theory that Democrats “need to look beyond the type of people who have been elected before, and look at who else might be out there.” In my personal conversations with donors, I’ve heard people argue that we should rethink old assumptions, listen more to various sectors of the population, and streamline communications and messaging. All of that is well and good. But I have to ask: Aren’t we overlooking the obvious solution? Wasn’t the problem, at its most elemental, that not enough of our supporters voted with us? Shouldn’t our resources and energy focus on solving that problem?1

Listening empathetically to aggrieved rural whites, more clearly articulating values, and revisiting old assumptions all matter and are worthwhile. But to overcome margins as close as what just decided this election, simply picking up more people and driving them to the polls counts too.3

Implied but unstated in the focus on messaging and rethinking is a core assumption that it’s not possible to get more people of color to vote. But that assumption is unfounded. In 2012, the NAACP, under the direction of then-President Ben Jealous and Senior Vice President Marvin Randolph, registered 375,618 voters, mostly African American, across the country. They registered 100,000 in Florida alone, in a year when Obama won the state by 74,000 votes. The Texas Organizing Project (TOP) mobilized tens of thousands of voters of color in 2015 helping elect African-American Sylvester Turner as mayor. The Center for Community Change Action and other grassroots organizations created the Immigrant Voters Win PAC this year, which contacted more than 80,000 Latino voters in Nevada, a state Clinton won by 27,000 votes.4

Lisa Garcia Bedolla, who literally wrote the book on Latino politics, has called for an affordable, effective, and sophisticated voter-engagement infrastructure she calls the Civic Web. The model is to use direct voter contact and long-term relationship building driven by neighborhood-based teams who work year-round in their communities with a universe of 100 people per team leader. The civic-web model would cost about $3 million to move 100,000 voters. By those metrics, margins in Michigan, Pennsylvania, and Arizona could more than have been closed at a fraction of the cost of what was spent on television ads.5

Hindsight is 20-20, but we have to be looking ahead and starting to plan now for the year 2020. And as donors consider digging deep to spend tens of millions of dollars to respond to this new era, shouldn’t some sector of donors commit eight-figure sums to solving the problem of getting more people to vote? Revolutionary movements to take over countries win and secure local areas, use those gains as a foundation for expanding into broader regions, and then tie those regions together into an unstoppable force. So too can progressives rebuild from the ashes of 2016 over the next four years. Plus, from an investment standpoint, the initial local investments are less expensive in terms of capital put at risk.6

In 2017, progressives can lay the foundation for the expansion of civic engagement of those voters who have shown the greatest propensity for supporting Democrats (74 percent of people of color supported Clinton; 80.5 percent for Obama). The way to do this is by targeting local races in strategic states whose demographics are trending in a progressive direction. In 2017, there will be key local races—for mayor and, in some places, district attorney—in Arizona, Texas, Georgia, North Carolina, and Florida. These cities can be testing grounds for this approach and, in the process, become building blocks for winning those states in the 2020 presidential election. If the results are promising in 2017, each of those states has gubernatorial or statewide elections in 2018, with inspiring candidates of color likely to run. As those races ramp up, the investments from 2017 can be escalated to galvanize greater voter participation statewide. And all of that work can then come to fruition in the 2020 presidential election.7

Given the scale of spending being contemplated and discussed in many donor circles, this type of program is eminently affordable. Implementing a Civic Web model in those four states could be accomplished for about $15 million per year. Fourteen different individual donors each spent more than that amount in 2016. So if people are prepared to spend big money to respond to the challenge of the Trump era, why not solve the actual problem that led to this sad state of affairs in the first place?8