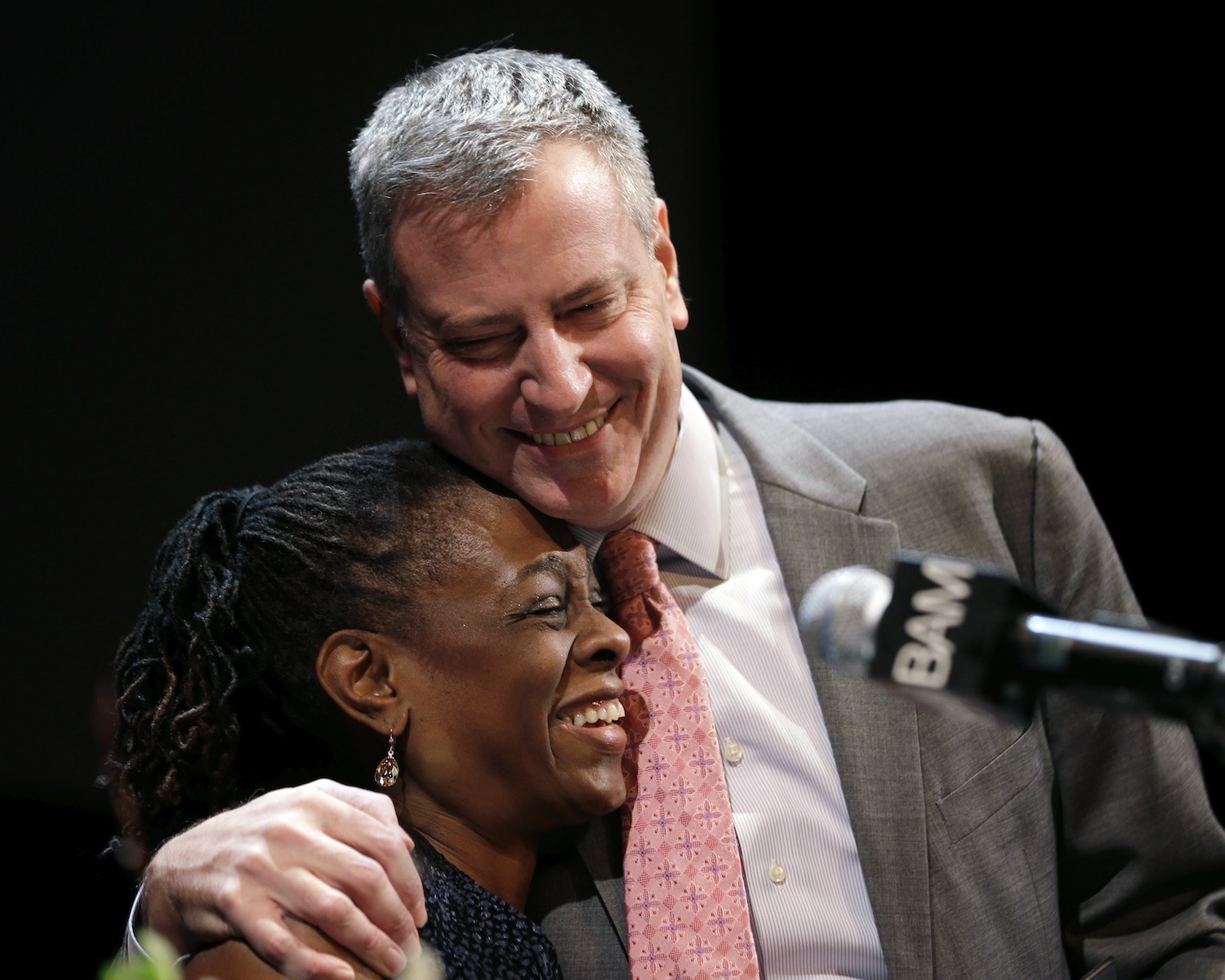 If you didn’t like Bill de Blasio’s politics or personality, surely the fact that he clearly adores his wife Chirlane McCray would endear him to you a little bit, no? Their mutual affection was on display yesterday when the mayor named the first lady to chair the Mayor’s Fund to Advance New York City, a twenty-year-old nonprofit that’s legally and financially independent of city government but raises money to support public initiatives.

The mayor also named Gabrielle Fialkoff, the finance chair of his inaugural committee, as director of the Office of Strategic Partnerships, which oversees the Mayor’s Fund and other nonprofits, including the Fund for Public Schools and the Fund for Public Health.

They also raise and spend a lot of money. According to the most recent available tax documents, in 2011 the school fund had a $25 million budget, which is more than the combined budgets of all five borough presidents. The Fund to Advance spent $37 million, which is more than the city spends on the departments of investigation or city planning. The Fund for Public Health spent $51 million, which is … well, just a lot of money.

The funding for these organizations comes from donations, and that’s where things get fuzzy. Only donations of $5,000 or more have to be reported to the city’s Conflicts of Interest Board. There we learn that last year, for example, donors to the mayor’s Fund to Advance New York City included Coca-Cola, Bank of America, News Corp., several local real-estate players and other businesses, as well as individual donors and foundations. But we don’t know very much about what each gave, because those donations are reported only in broad categories, like $500,000 to $999,000.

Now, there’s nothing wrong with people making donations; my organization, City Limits, would not exist but for the generosity of foundations and individual donors. Most of the donors to these mayoral funds give for the very best reasons. But the concern that arises is whether these funds allow businesses and people to circumvent the campaign finance system—both its limits and its disclosure—by cutting a check to support a mayor’s pet causes. The Fund for Public Schools, for instance, did a lot of work on teacher evaluation (one of Bloomberg’s faves) under the former administration.

“People with business before the city can make contributions to people running for office, and make gifts to nonprofits that clearly support elected officials’ agendas,” says Dick Dadey, head of Citizens Union, a good government group. For the city-linked nonprofits, “the level of disclosure and reporting is nil and as these organizations have grown in size and influence, it’s something we should take a look at.”

Needless to say, this is not a concern that arises because de Blasio is mayor or because the first lady is going to be running one of the funds. Potential problems created by the expanded role of philanthropy in the public policy sphere—and of a public servant, Mayor Bloomberg, in the philanthropy sphere—came up several times during the previous mayor’s three terms.

When Bloomberg was pushing to overturn term limits, and nonprofits whom he’d supported came forward to testify in favor of an extension, it struck a lot of us as unseemly. Earlier, when a high-priced consultancy did work for the Fund for Public Schools, and then parlayed their inside position into a lucrative, no-bid contract with the city Department of Education, it stuck a lot of us as very shady.

There is always a deeper question about where the line between government and private charity should lie. That debate goes back centuries. Funding public policy outside the checks and balances of government allows innovation, and limits oversight. It also gives weight to private choices in a way that the tax system doesn’t. The tradeoffs are clear.

But the new mayor doesn’t have to choose a side in that debate to improve the system. Full disclosure of all donations to these funds would provide more transparency without rebuffing anyone willing to cut a check to help the city.