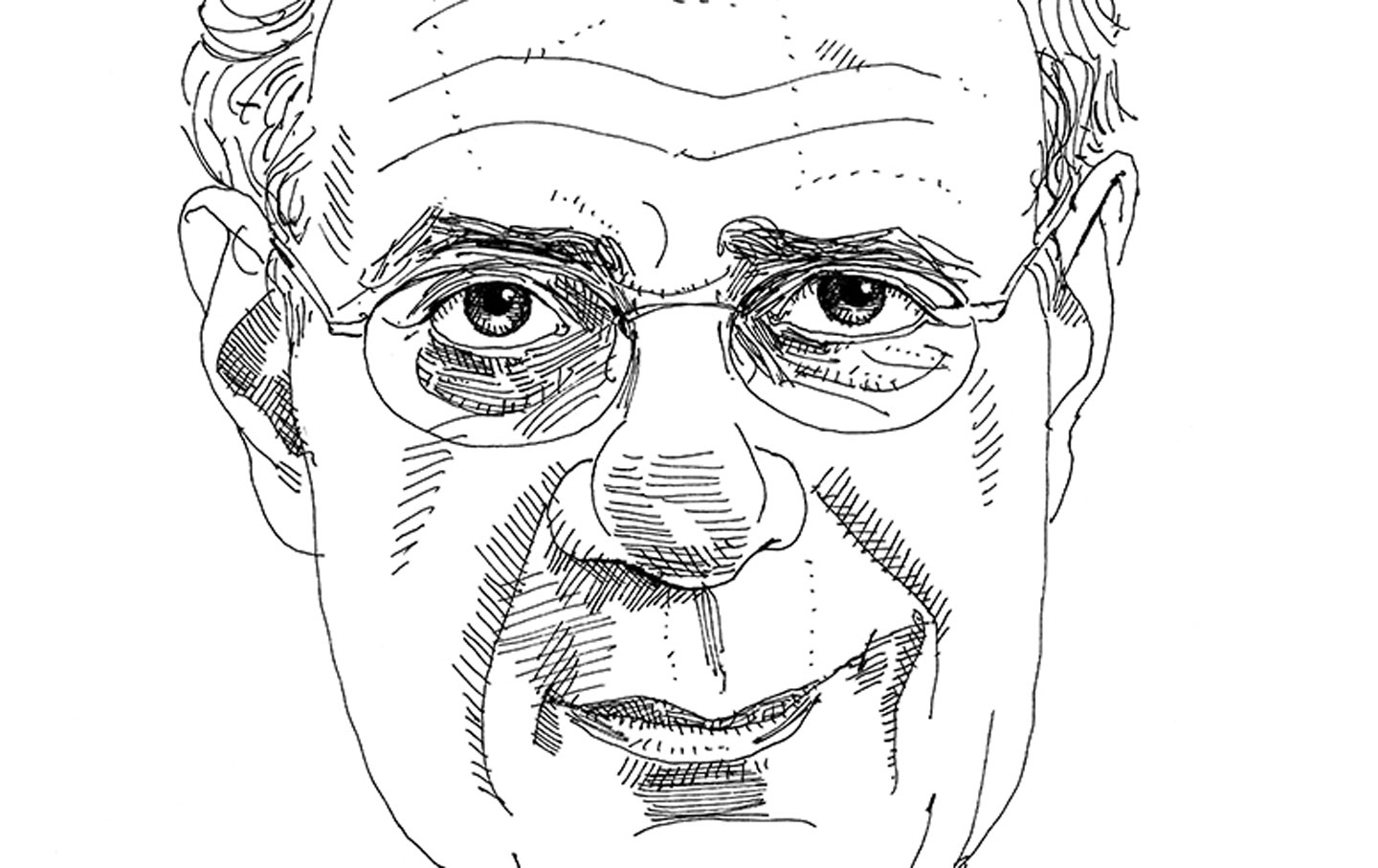 The first sign that this was no ordinary literary event was the lady wandering around with a sousaphone. But then there’s nothing ordinary about the literary career of George Scialabba.

Nation readers know him as the author of brilliant book reviews, going back to 1993, on a staggering number of topics and authors, from Edmund Wilson to Irving Kristol to Pier Paolo Pasolini to—just this past May—Steve Fraser. You might also know him for contributing masterpieces of the essay writer’s craft to publications like Agni and Salmagundi.

For 35 years, however, faculty members at Harvard’s Center for Government and International Studies pretty much knew him as the dude who scheduled their seminars.

So when George finally retired from the 9-to-5 job that sustained him, John Summers, the editor of The Baffler, surveyed this gaping contradiction—on one hand, the towering scribe called by The New Yorker’s James Wood “one of America’s best all-round intellects”; on the other, the mild-mannered clerk in the basement—and came up with an inspired idea: As Summers put it in the invitation he sent to George’s friends this past July, he would organize a “Festschrift doubling as retirement party doubling as an act of social criticism.”

So here we all are: Noam Chomsky, Barbara Ehrenreich, Thomas Frank, Nikil Saval of the journal n+1 (who testified that when he was an office drone back in 2005, discovering Scialabba’s writings saved his life); a standing-room-only crowd at Cambridge’s Brattle Theatre; and that lady with the sousaphone, holding down bass for the Second Line Social Aid and Pleasure Society Brass Band, which followed two hours of toasts and videotaped testimonials by leading us dancing into the moist Massachusetts night.

Tom Frank had concocted a hilarious presentation on this gentle socialist’s ironic near-collision with success in capitalist America. In 1983, in an article for the Harvard alumni magazine, George penned the memorable line, “Perhaps imagination is only intelligence having fun.” Mistakenly credited to Albert Einstein, it’s become a standby on coffee mugs, T-shirts, and in business books like Quality, Service, Teamwork and the Quest for Excellence. Thus the plight of the independent intellectual, according to Frank: “In exchange for letting us do the work we love—to be critics of ideas—the world swipes what we have to say, molds it into some kind of legitimation device having to do with the incredible and really innovative stuff they do on Madison Avenue, and then, for good measure, attributes it to fucking Einstein.” Hear, hear! (Each presentation was followed with a toast from plastic champagne flutes emblazoned with Scialabba’s image.)

Barbara Ehrenreich recounted years of correspondence with George via e-mail on every subject under the sun, from socialism to science and even religion, which was striking because it was only later, she admitted with embarrassment, that she learned the most unusual detail of ­Scialabba’s biography: He’d been a high-school recruit to the ultra-orthodox Roman Catholic sect Opus Dei. Which was the focus of my own remarks: As an intellectual-history major at Harvard, George was forced to submit his syllabuses every year to his confessor, a man he’s described in one of his greatest essays, “Progress and Prejudice” (one of 21st-century American letters’ greatest essays, I’d say), as resembling “my mental image of Dostoyevsky’s Grand Inquisitor.” The cleric would check them against the Vatican’s Index Librorum Prohibitorum to see which books, including the collected works of Hume, Milton, and Hobbes, he was not allowed to read.

George chose freedom instead. “Emulating the philosophes’ great refusal, I lodged my little one, enrolling timorously but proudly in what I had learned from Peter Gay to call the Party of Humanity.” Not so little. Not so timorous. Gargantuan. Thunderous. Just read the essays. Chomsky, one of George’s holy trinity of intellectual and political heroes—the others are Christopher Lasch and Richard Rorty—did, and fell in love with George’s writings. Eighty-six years old and radiant, Chomsky closed out the tributes, noting that because everyone else had lionized George, he’d take him down a peg by pointing out his mistakes: Harvard grads with intellectual ambitions were supposed to play the game, suck up to power, praise America’s ineluctable benevolence, and end up being rewarded with offices in distinguished Harvard research institutes—not underneath them. Poor George managed to bollix the whole thing up.

It was a funny evening. But serious. The plaque attesting to the Cambridge City Council’s official declaration of September 10, 2015, as George Scialabba Day, presented to George by his hero Chomsky, declared: “WHEREAS…George has spent thousands of hours pacing his apartment on Washington Avenue, gnashing his teeth over the sorry spectacle of American politics and the fearful mayhem of American capitalism, while himself hanging on by his finger tips.” And that’s not fair. But that’s America. George Scialabba has broken its rules. He has a new collection out this winter, Low Dishonest Decades: Essays and Reviews, 1980–2015 (Pressed Wafer). Read it. It’s written with a love of humankind so oceanic that its author sounds like the most religious atheist alive. As I put it a few Fridays ago in Cambridge, “My prayer is that this priest of ours, this sweet sacred monster, might in giving us another volume in his liturgy raise us a little closer to what he stubbornly believes we can be.” Hear, hear!