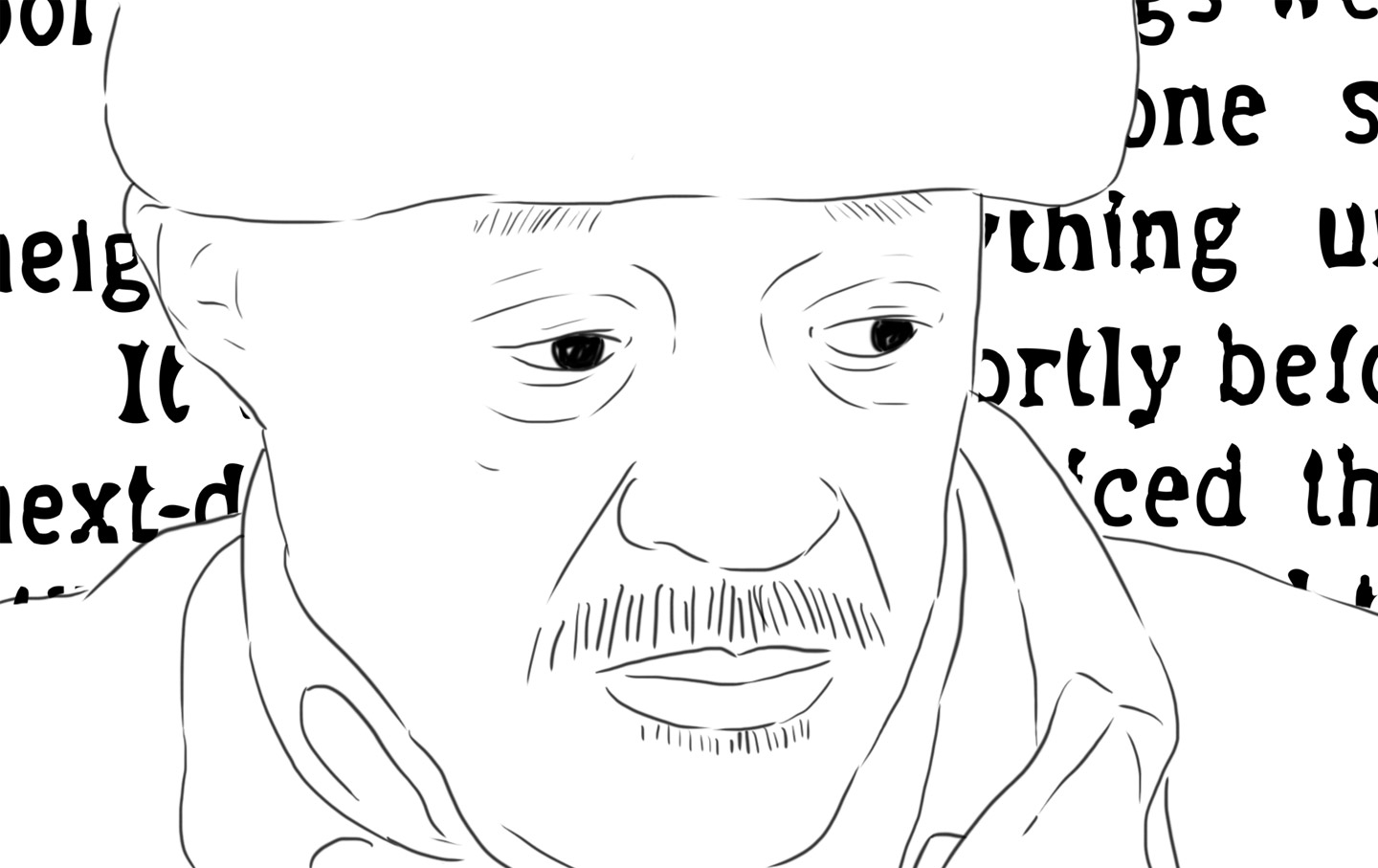 Midway through February, poised between an unusually controversial Superbowl and an unusually controversial Academy Awards ceremony, I sit listening to the presidential primary debates in South Carolina. Twitter has been a jangled mess: Donald and Beyoncé, Peyton and Hillary, JLaw and Cam. It’s as though you could take a sentence uttered by any one of them at some point in their life, jumble it in a Vitamixer, place a spoonful into the mouth of the next, and it would make as much sense: “Anyone who thinks my story is anywhere near over is sadly mistaken.” “I get nervous when I don’t get nervous.” “Pressure is something you feel when you don’t know what the hell you’re doing.” “I have a million ideas. The country can’t afford them all.” “Why would I ever get cocky? I’m not saving anybody’s life.” “You have to live like a winner. You have to think like a winner. You have to eat like a winner.”

Somewhere behind the theatricalities of halftime in America lies the broad playing field of real life, and its landscape of worsening resource inequalities, unattended infrastructure, and simmering racial resentments. Is there nothing that can connect our national cinematic appetites with the urgent need for serious political address?

Enter a small jewel of a film entitled Last Day of Freedom. Available on Netflix, it has been nominated for an Oscar in the poorly publicized category of Best Documentary Short Subject. Lest it slip under your radar, therefore, let me press its merits. (Let me also reveal that although I served as a consultant for the multiplatform series of which this film is part, I had nothing to do with its making. That larger project, entitled Living Condition, examines aspects of the criminal-justice system through the eyes of families with a relative on death row.)

Last Day of Freedom, an exquisitely rendered 32-minute animation, presents the life of Manny Babbitt, a homeless, mentally challenged, traumatized Vietnam vet who, in a PTSD panic induced by oncoming headlights, ran off the street and into the home of Leah Schendel, an elderly woman, whom he struck repeatedly. She died of a heart attack at the scene. The film is narrated by Manny’s brother Bill, who turned him in to police—“I had to be responsible”—hoping against hope that he might be hospitalized and get treatment. Instead, he was defended by a drunken lawyer who called no witnesses and excluded “niggers” from the jury. Manny was executed in 1999, one day after his 50th birthday.

The story is a sad but familiar one from a statistical perspective: Manny was swallowed in a vortex of legal, political, and social failures. He was injured in a car accident when he was 12 and suffered traumatic brain injury that severely hobbled his intellectual abilities. He joined the Marines despite failing the eligibility test—and became one of the hundreds of thousands of men who were drafted during the 1960s despite not meeting basic mental or physical requirements. Nicknamed McNamara’s “Moron Corps,” these  people were conscripted as part of President Johnson’s backdoor attempt to field sufficient numbers of soldiers on the ground in Vietnam. Manny served several tours of duty in Khe Sanh, enduring some of the bloodiest battles of the war. By the time he returned to the States, with shrapnel embedded in his skull, he was “chasing shadows”—paranoid, homeless, and unable to hold a job. His brother Bill took him in, but in those days the symptoms of PTSD were not widely discussed or recognized. Manny went untreated.

The poet Shaul Tchernikhovsky once wrote, “A person is only the outline of his native landscape.” Manny Babbitt was an outline etched upon a moral landscape oblivious to the consequences of concussion, ignorant about mental illness, unresponsive to the needs of war veterans, and gung-ho about the death penalty. Still, what makes the telling of this particular life truly exceptional is its literal as well as figurative perspective. Because the story is recounted by the condemned man’s brother, it foregrounds the generally invisible grief suffered by families of those on death row. “He said he was a monster,” mourns Bill. “I see a little brother.” He describes the death chamber with quiet, heartbroken exhaustion: “The press was at Manny’s head. I was standing at his feet…. I see my brother lying there in his white socks.… My family back home was in agony.” At the same time, the film is quite careful not to understate or disrespect the bereft family of Leah Schendel, who were also present at Manny’s execution. Bill, who used to believe in the death penalty before “it came knocking on my door,” observes them with choked sadness: “They were victims. They had a terrible loss. But we’re all partners in this experiment. We’ve all got blood on our hands now.”

In addition to its compelling narrative baseline, Last Day of Freedom’s visual artistry is stunning. Coproduced and codirected by artists and filmmakers Nomi Talisman and Dee Hibbert-Jones, it is all the more remarkable for its being the first film both women have made on their own.

The more than 30,000 stills were drawn by hand. The lines are fluid, spare, unflinchingly intimate. This rendering is somehow infinitely more affecting than if it had been done as a straightforward, on-camera-style interview. (Indeed, I found this documentary much more powerfully convincing on the subject of traumatic brain injury than the movie Concussion—though I’m not weighing in on whether Concussion’s cast should have been snubbed. Worse acting is in contention…)

Photography sometimes invites us to forget that we are looking at a re-presentation, a reframing, a re-interpretation. As Roland Barthes puts it, any image is, by definition, “that from which I am excluded.… The images from which I am excluded are cruel, yet…. I convert my exclusion into an image. This image, in which my absence is reflected as in a mirror, is a sad image.”

Animated film is a genre we too often associate with children’s fare: upbeat, reductive, unremittingly colorful. But Last Day of Freedom uses simplicity of form to very different dramatic effect. Drawn almost entirely in black ink on white background, it deploys subtle visual cues: a few foggy smudges, a bit of play with font and thickness of lines, the rare dollop of red. This works to filter out distraction somehow. The economy of line focuses attention, like haiku. It is as though we are inside Bill’s head, quietly reliving a nightmare, the rise and fall of his voice summoning only so much of the dream as he can bear. This restraint in presenting the mere outline of his memories makes Bill’s story not merely personal, but politically haunting; not just tragic, but evocative of universal human complexities.

Watching this film will remind you of all that remains unsaid—on all sides—in our current political food fight. Hopefully, it will also push us to insist upon debate that addresses the actual consequences of governance bewildered and thus held unaccountable for its flaws.