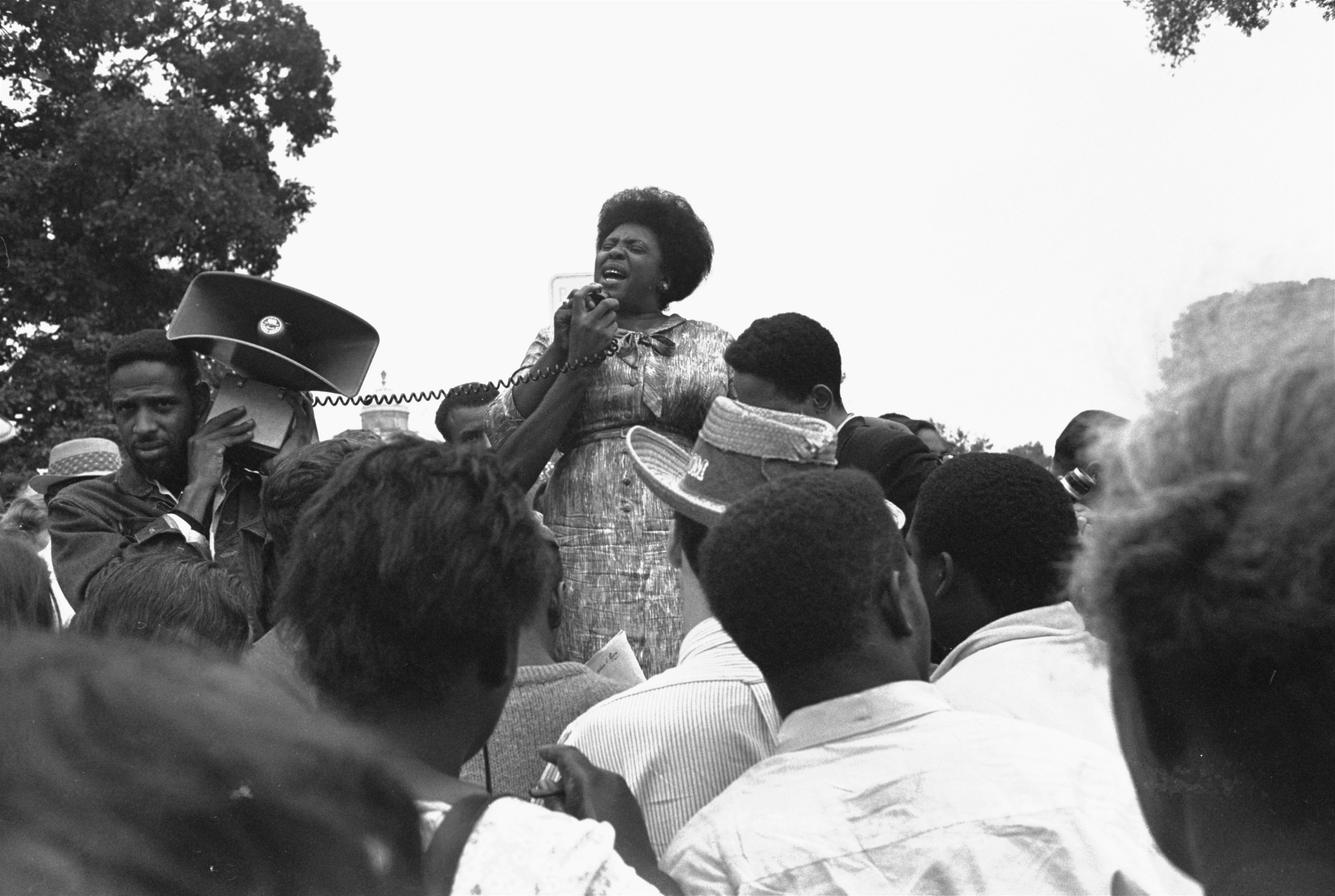 Shortly after 11 pm on June 24, the media declared six-term Republican Senator Thad Cochran the winner of Mississippi’s hard-fought Republican runoff primary. The reason, the pundits quickly concluded, was an unprecedented surge in black Democrats—some 13,000 or more—crossing over to support Cochran over his virulently anti-government Tea Party opponent, Chris McDaniel. “It should send a message,” retired school principal Ned Tolliver said. “It shows that we have the power to elect who we want to elect when the time is right.”

Around the time the polls closed, a very different view of Mississippi was playing out on PBS, in the form of a documentary called Freedom Summer. Grippingly recounting the 1964 effort that brought more than 700 college students—primarily white Northerners—to register black voters in Mississippi, the film is part of a flood of fiftieth-anniversary commemorations, from conferences to children’s books. In grim and grainy black-and-white footage, interspersed with interviews from the heroic Americans who risked beatings and firebombings and even death, these tributes remind us of the long road to African-Americans having the power to elect who they want to elect and celebrate those who made it possible.

And there is much to celebrate. Mississippi—where only 28,000 blacks were registered to vote in 1963—now boasts more black elected officials than any other state, including the recently reelected first black mayor of Philadelphia, the site of the brutal murders of three civil rights workers. The “WHITES” and “COLORED” signs have long since come down. A black man sits in the Oval Office.