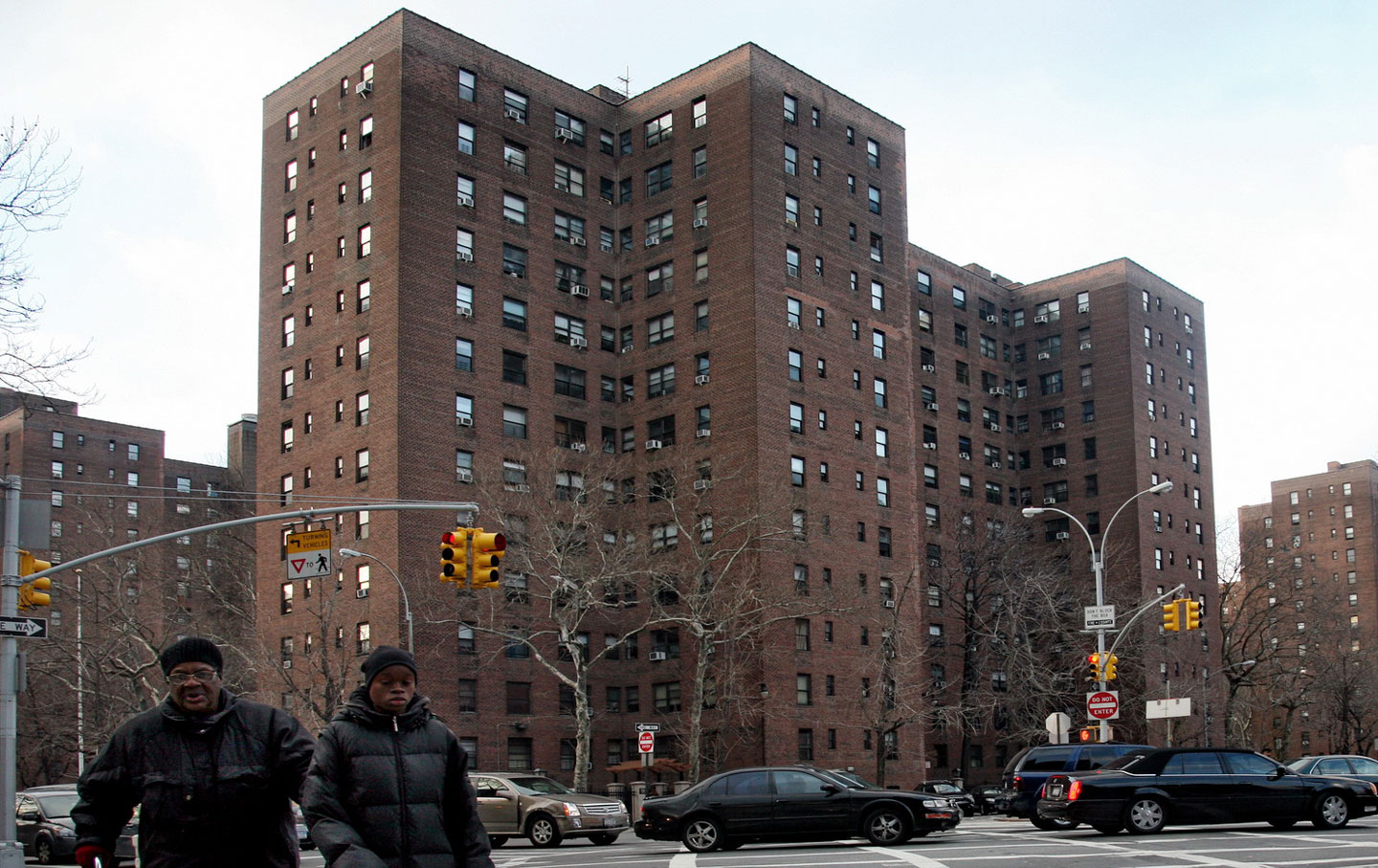 On Thursday, Representative Alexandria Ocasio-Cortez of New York and Senator Bernie Sanders of Vermont introduced the Green New Deal for Public Housing Act, taking the fight against the housing and climate crises to the halls of Congress. Through a 10-year mobilization of up to $172 billion, the bill would decarbonize and upgrade more than 1 million units of public housing. (To put that in perspective, if those homes formed a single city, it would be the country’s fourth largest—more populous than Houston, slightly smaller than Chicago.) The legislation gives a glimpse of how a Green New Deal could improve lives, attack inequality, and slash emissions. We would know because our think tank, Data for Progress, researched the damn bill.

Our analysis shows this piece of the Green New Deal would create up to 240,000 jobs per year while cutting public housing emissions from 5.6 million tons of carbon annually to zero (the equivalent of taking 1.2 million cars off the road or, for Fox & Friends viewers, having 1.8 million fewer belching cows in our pastures). A lot of this work would happen in New York City, which has the most public housing in the nation. But outside the five boroughs, federal investment would actually create more onsite construction jobs in red states than in blue ones (up to 46,000 per year in states that went for Donald Trump in 2016 and 29,000 in states that went for Hillary Clinton). Up to another 12,000 onsite jobs per year will be created in colonies without national voting rights (Puerto Rico, in particular). And in red congressional districts, Green New Deal investments would provide approximately 12,000 jobs for public housing residents.

Though we think it could be a real winner in Trump’s America, the legislation won’t pass through the Mitch McConnell–controlled Senate or even make it to the floor of the Nancy Pelosi–run House. But the bill is more than mere message. It strikes at the heart of a rotten consensus that has propelled our country into a generational housing crisis and our planet into a species-threatening climate emergency.

Let’s start with housing. For the past four decades, the United States has dismantled public housing across the nation, leveling high-rises built after the New Deal, pushing families onto vouchers, and rewiring neighborhoods to Wall Street incentives like the Reagan-era Low-Income Housing Tax Credit. This scheme has been a boon for real estate investors like the president, and a disaster for everyday people. Across the country, rent is outpacing inflation. The United States now faces a shortfall of 7 million affordable units for extremely low-income tenants. Hundreds of thousands are homeless, while millions lack the security a decent life requires.

And the same logic that handed the home to Wall Street has given fossil fuel corporations veto power over environmental legislation, with even greater consequences. Since Dr. James Hansen testified to Congress in 1988, lawmakers have focused on identifying market mechanisms like a cap-and-trade system or a moderate price on carbon to bend the choices of consumers toward emissions reductions. This approach has failed to win a legislative coalition, while the debate it has fostered has left policy-makers unprepared to commit to the deep investments required to decarbonize our energy, transportation, buildings, manufacturing, and agricultural systems. 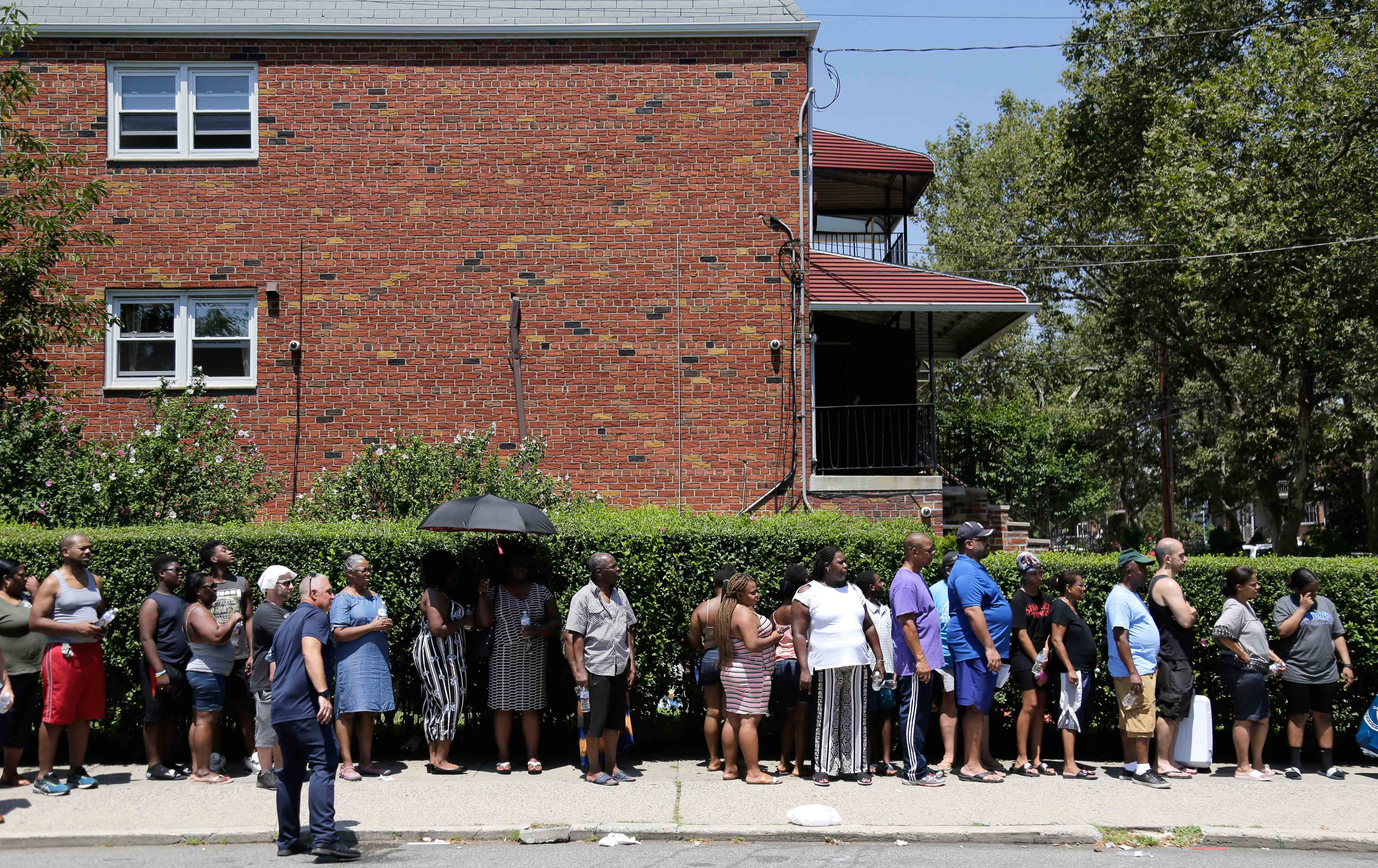 Although the path forward is daunting, it’s important to remember that our country has, in fact, catalyzed transformations like this before. In the 1990s, for example, the New York City Housing Authority and the New York Power Authority (NYPA) sponsored a competition to see who could create the first apartment-size energy-efficient refrigerator. Maytag, an appliance manufacturer, won the bid and built hundreds of thousands of refrigerators in Newton, Iowa. Old fridges were recycled, while NYPA and several other affordable housing providers gave public housing residents and American households access to new, efficient, and cheap appliances.

The Green New Deal for Public Housing Act aims to reproduce this story many times over: leveraging federal investment to create high-skilled union jobs, develop new tech, and foster healthy families in communities long neglected and excluded from the opportunities of the 21st-century economy.

This might sound like a “green dream, or whatever,” but that doesn’t mean it’s not popular. In addition to our policy research, Data for Progress fielded surveys in September and November, exposing respondents to Democratic and Republican messages to understand how voters might view the legislation after Fox News did its work. We found that a Green New Deal for Public Housing has net positive support, 46 percent to 35 percent, and that all parts of the platform are popular. And while the price tag might be what actually frightens deficit doves on Capitol Hill, it’s important to keep in mind that the federal government already spends just as much to subsidize upper-class homeowners through the mortgage interest tax deduction.

Simply put, our data shows the Green New Deal for Public Housing Act would benefit American workers and households—including and especially in Trump country—while reducing emissions and growing the green economy. Legislators who caucus with Representative Ocasio-Cortez and Senator Sanders shouldn’t be afraid to look Tucker Carlson in the face and say so.