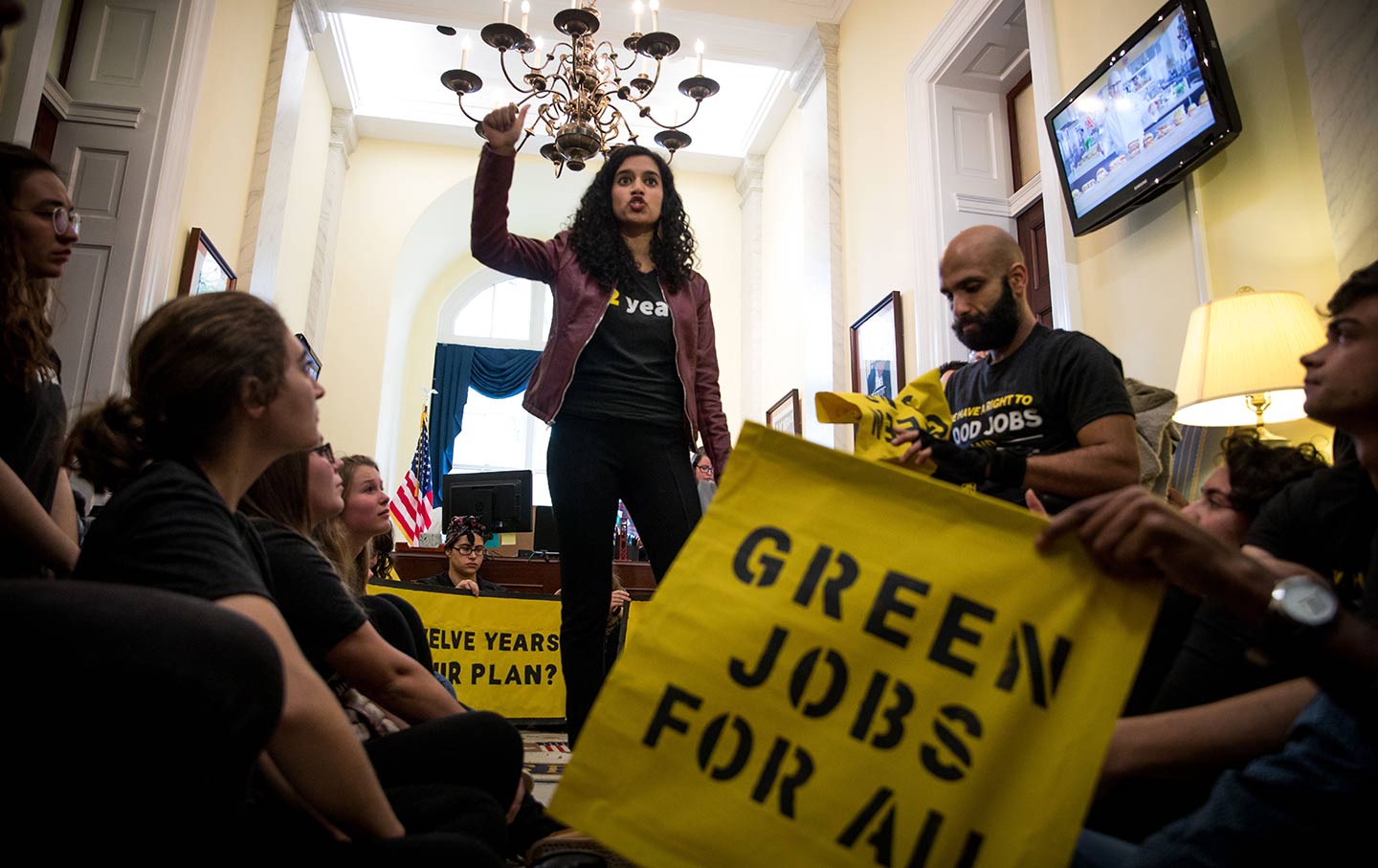 Student activists with the Sunrise Movement occupy Nancy Pelosi’s office to demand that she and the Democrats act on climate change on November 13, 2018. (Shutterstock / Rachael Warriner)

Trump’s presidency is not the end of democracy, as some of our friends have suggested. Instead, we are seeing the end of a political cycle, the one that began in 1980 with Reagan. And now, it’s time for something new—and that could be a Green New Deal. New York Times columnist Michelle Goldberg comments.

Also: For years Elizabeth Warren has been talking about how the political system is rigged by the rich and powerful. But suddenly her position seems almost mainstream among Democrats—almost every contender for the Democratic nomination is rejecting corporate PAC money. George Zornick has our report.

And we’ll talk about movement politics with Michael Walzer—about strategies and tactics and issues and candidates, about meetings and canvassing and demonstrating. His new book is Political Action: A Practical Guide to Movement Politics.