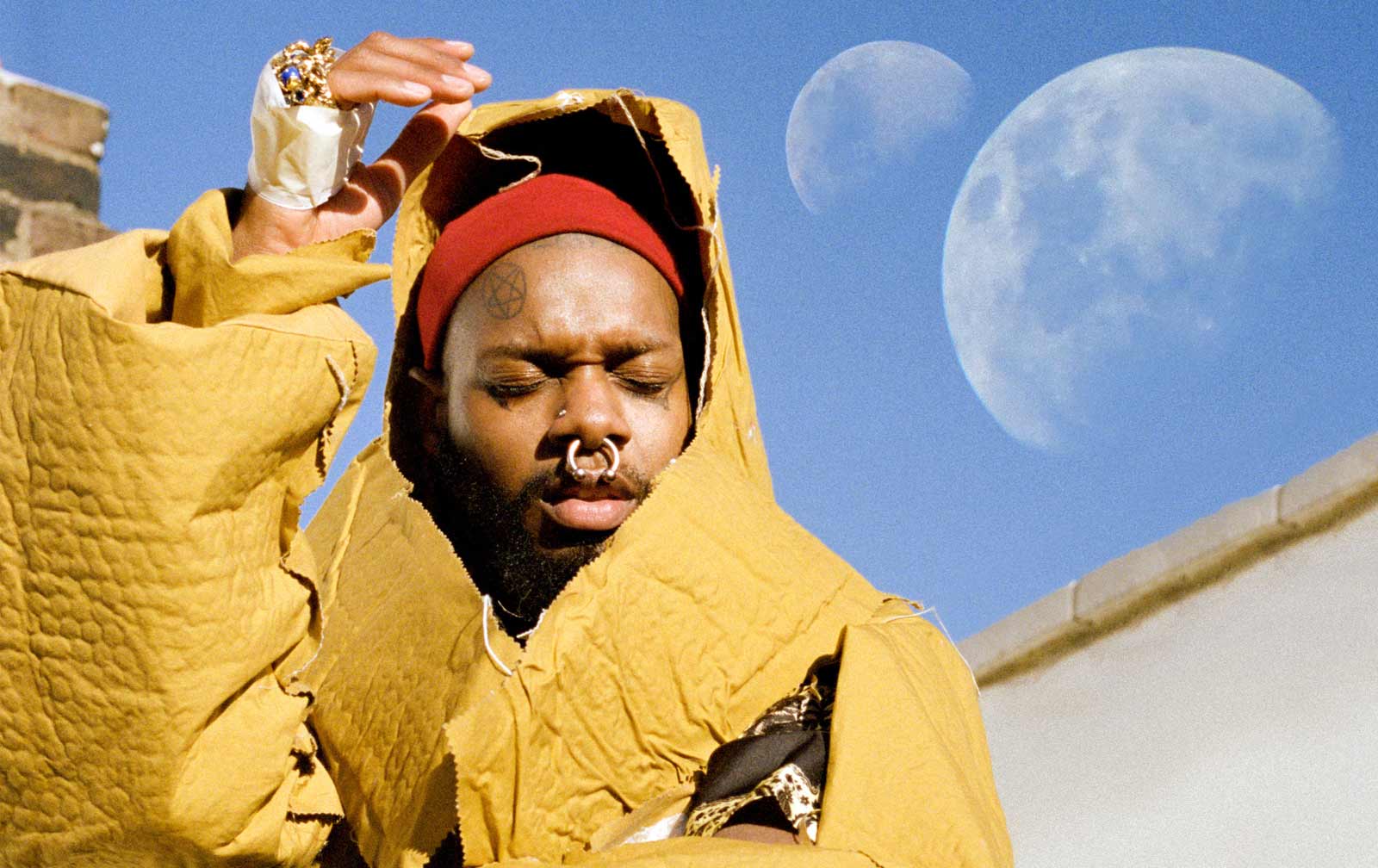 Serpentwithfeet poses for the cover of his debut album, soil. (Ash Kingston)

Intimacy can be music’s greatest muse, and yet often it can be belabored to the point of deadened cliché. Many times one feels that there are few original things left to say in a love song. But serpentwithfeet, aka the Baltimore-born and New York–based musician Josiah Wise, has proved this notion wrong. His debut album soil, a meditation on the intricacies of romance, captures what it feels like to love men and love loudly. Much like Janelle Monáe’s recent exploration of her queer, black womanness and Moonlight’s portrayal of queer, black manhood, soil proves transcendent. Privileging soul-baring and radical honesty over palatability, the album is stunning.

In soil, serpentwithfeet thrusts himself into the open, pining and healing in the same breaths. But these aren’t just run-of-the-mill make-up and break-up ballads: His depiction of love is biblical, and every song is a hymn. Raised in the church as a choirboy and later trained in classical music, serpentwithfeet renders the carnality of R&B and the exuberance of gospel into a triumphant spectacle, equal parts infernal and celestial. At any given moment, the distance between sanctity and sensuality is hard to spot. The “him” in his songs isn’t the capital-H “Him” in gospel, but serpentwithfeet gleefully plays with the ambiguity. “I get to devote my life to him / (Oh how I love the taste of you),” he sings of his holy love on the absorbing ritual of “cherubim.”

The song “wrong tree” further highlights serpentwithfeet’s church background, employing sanctuary organs and praise-and-worship hand claps, complete with a few “sing choir!” flourishes at the open and close. It’s one of the more playful arrangements on the album, but serpentwithfeet’s impassioned vocals and lyrics of rejection also keep the song firmly grounded in our world. His voice is perfectly fit for this kind of blurring of the heavenly and the earthly. His falsetto quivers with poignancy, and his lyrics flower and fall with all the gravitas of Scripture. Structurally, the songs rarely feature hooks in the traditional sense; in their place are layer upon layer of spine-tingling harmonies and lush choral arrangements set to experimental productions—regal bells, atmospheric synths, thudding percussion. When serpentwithfeet traverses the tumultuous lands of lost love, it’s with thankfulness and pride.

On “fragrant,” the singer finds grace on the lips of his ex’s other lovers, allowing the shared connection to join them in a sort of collective sorrow that isn’t underscored by bitterness but by appreciation. Similarly, the album’s standout, “mourning song,” eulogizes a relationship in a swirl of theatrical vocals, as serpentwithfeet honors the melodrama of his misery rather than attempting to leave with bloated dignity. “It’s too much work to be the monster and miss you too,” he cries midway through. And later: “I want to be big, big sad / I want to make a pageant of my grief.”

Both calm and storm, holy water and fiery hell, soil is serpentwithfeet’s testament to the liberating qualities of offering yourself in full—to art and to love. His songs earn their power through his lyrics and the turmoil situated in his vocals. Emotions, no matter how chaotic, explode through his music and then wither away without resistance. But above all else, it’s his transparency that can be shattering. On the villainous, string-driven introspection of “slow syrup,” he ponders how his anguish is remaking him: “Rejection is shaping me again,” he confesses, his voice unsteady and vaporous, “making me the man I don’t want to be.”

Yet there’s a universality beneath the personal despair: serpentwithfeet sings about his romances and heartache, but he does so in a way that seems to be singing for all of us. (“Love says you are not too much,” goes one line on the opening track, “whisper.”) Yet it’s a mistake to attempt to separate the triumph of this album from serpentwithfeet’s proud homosexuality: soil is beautiful because of that fact, not in spite of it—a queer, black (former) choirboy honoring what it means to live and love in the world with every piece of him out front.

When the lead single, “bless ur heart,” emerges at the very end of the album, it arrives on a bed of piano keys as a prayer of gratitude to the way love reshapes us all, but in particular the way it has reshaped the singer. “When I give these books away, will my ink betray me? / Will my stories resist wings and grow feet and convince men that I’m boasting?” he asks. But the transformative power of love has taken its final shape, and serpentwithfeet can only offer a benediction: “Boy, thank you for showing me how to be gentle / I have courage to share your love boldly.”