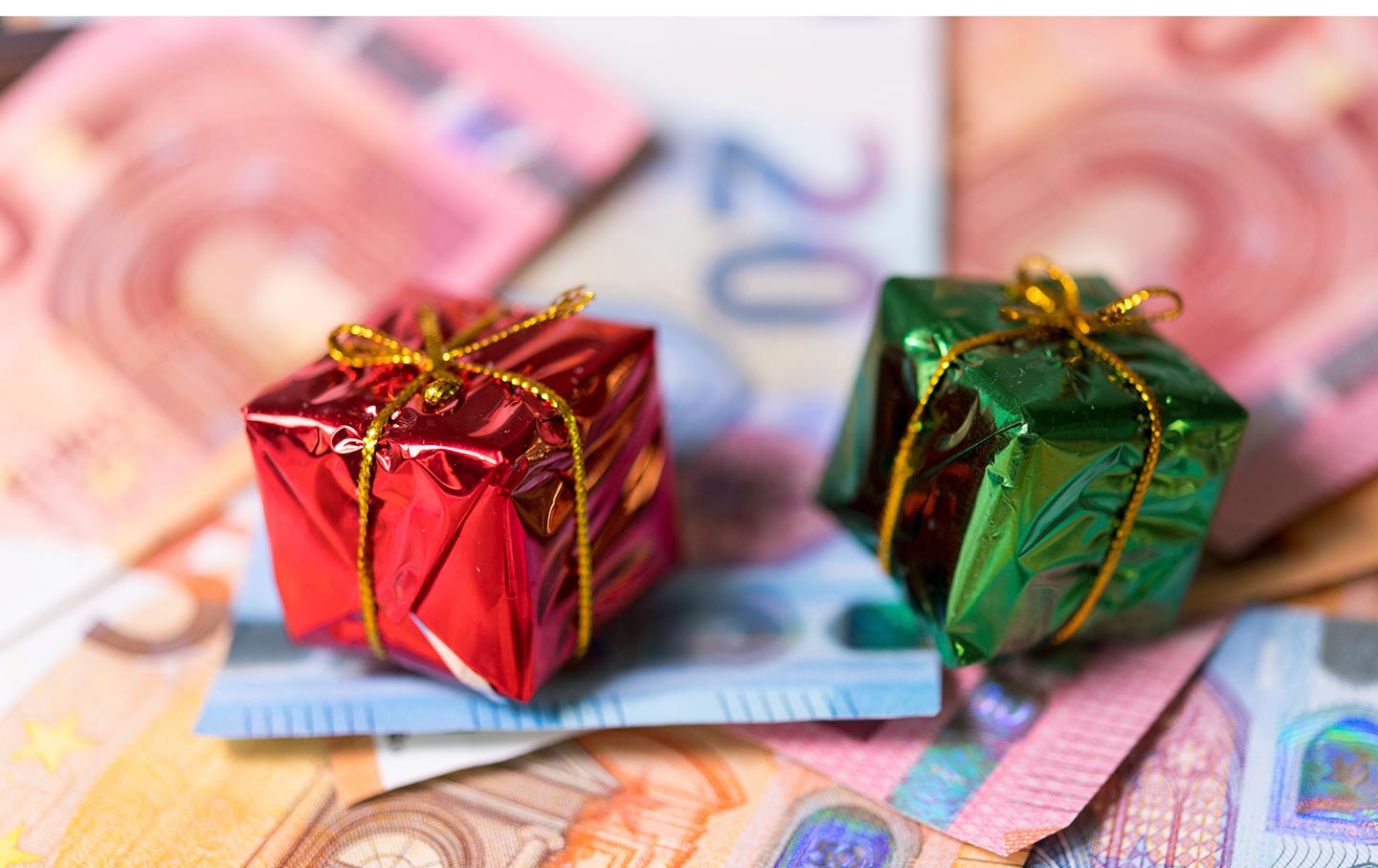 It’s Christmas and Hanukkah and Kwanzaa and the winter solstice; the birthday month of Beethoven, Emily Dickinson, Nostradamus, and approximately one-twelfth of all the people born here on Earth. Raise a glass and celebrate by making generous end-of-the-year donations to any and all of these worthy organizations.

1. Restore Hope: Liberia. After 14 years of civil war, a decade of slow reconstruction, and the largest Ebola epidemic ever seen in Africa, Liberians face the continuing challenges of extreme poverty, illiteracy, poor health care, and malnutrition. Restore Hope: Liberia provides education, health facilities, and economic development in the rural Kolahun District while empowering communities to figure out what they need, village by village—and it’s working. restorehopeliberia.org

2. Black Voters Matter Fund. This summer, BVM traveled the South and mobilized over 3 million black voters. On Election Day, those voters made the difference for Democrats in race after race. With 2020 just around the corner, this group will keep fighting disenfranchisement, voter suppression, gerrymandering, and all the other tactics that have kept black people from wielding their full political strength. Does BVM get the big bucks from big donors? Not so far. That’s why they need you. blackvotersmatterfund.org

3. Afghan Women’s Fund. Afghan women were everyone’s favorite cause after the fall of the Taliban. Today? Not so much. Fortunately, AWF (disclosure: I’m on the board) keeps building and maintaining schools, running adult-literacy classes, providing school supplies and computers, and helping hospitals and clinics. Recently, they’ve added dental care and support for the survivors of suicide-bomb attacks in Kabul. Donate by check to AWF, c/o Jean Athey, PO Box 1563, Olney, MD, 20830, or online. afghanwomensfund.org

4. Network of East-West Women. NEWW has been connecting American feminists with women from the former Soviet bloc for 25 years, and its work has really blossomed. There are feminist libraries, gender-studies programs, and activist groups galore in the region, now fighting against the openly anti-women governments that have taken hold. NEWW’s latest project is supporting activists who are educating battered women in Georgia about their rights. “Feminist groups in East Central Europe are under massive attack,” says co-founder Ann Snitow. “They’re on the front lines pushing back.” Make out your tax-deductible gift by check to NEWW, c/o Ann Snitow, 167 Spring Street #3, New York, NY, 10012.

5. Abortion funding. On Election Day, voters in West Virginia and Alabama approved amendments to their state constitutions that could criminalize abortion if Roe v. Wade is overturned and that make it easier to pass further restrictions now. As a result, West Virginia, which has used state Medicaid funds to pay for poor women’s abortions, no longer does so. (Alabama already forbids state funding for abortions.) Show your solidarity with low-income women in these states, and with the clinics and providers who work there despite constant harassment and threats, by donating generously to the West Virginia Free Choice Fund (wvfree.org) and the Yellowhammer Fund (yellowhammerfund.org).

6. Survived and Punished. Our prisons are full of women whose only crime was defending themselves and their children against violent partners and other abusers. This all-volunteer grassroots coalition works to change laws, commute sentences, educate the public, and support current and former prisoners. We desperately need to rethink our criminal-justice system top to bottom; a good place to start would be to stop persecuting women who have already been victimized many times over. survivedandpunished.org

9. Border Network for Human Rights. Located in El Paso, on the border between the United States and Mexico, BNHR informs immigrants and refugees of their rights, protects them from abuses by ICE, and advocates for immigration reform. It’s a grassroots organization with members all over the region. Did you know that the US has spent between $15 billion and $23 billion a year on immigration enforcement in the past 10 years alone? Donate to BNHR, so they can fight back. bnhr.org

10. Support the publications you read. Information might want to be “free,” but there’s no such thing as a free lunch—or newspaper, magazine, investigative report, or book. By all means, read the abundance of no-cost (to you) content online, but do pay your fair share by giving subscriptions as gifts and donating to keep the publications and writers you rely on in business. After all, how guilty will you feel if they end up folding? And since charity begins at home, start with thenation.com. The “Donate” button is right there in the upper-right-hand corner.