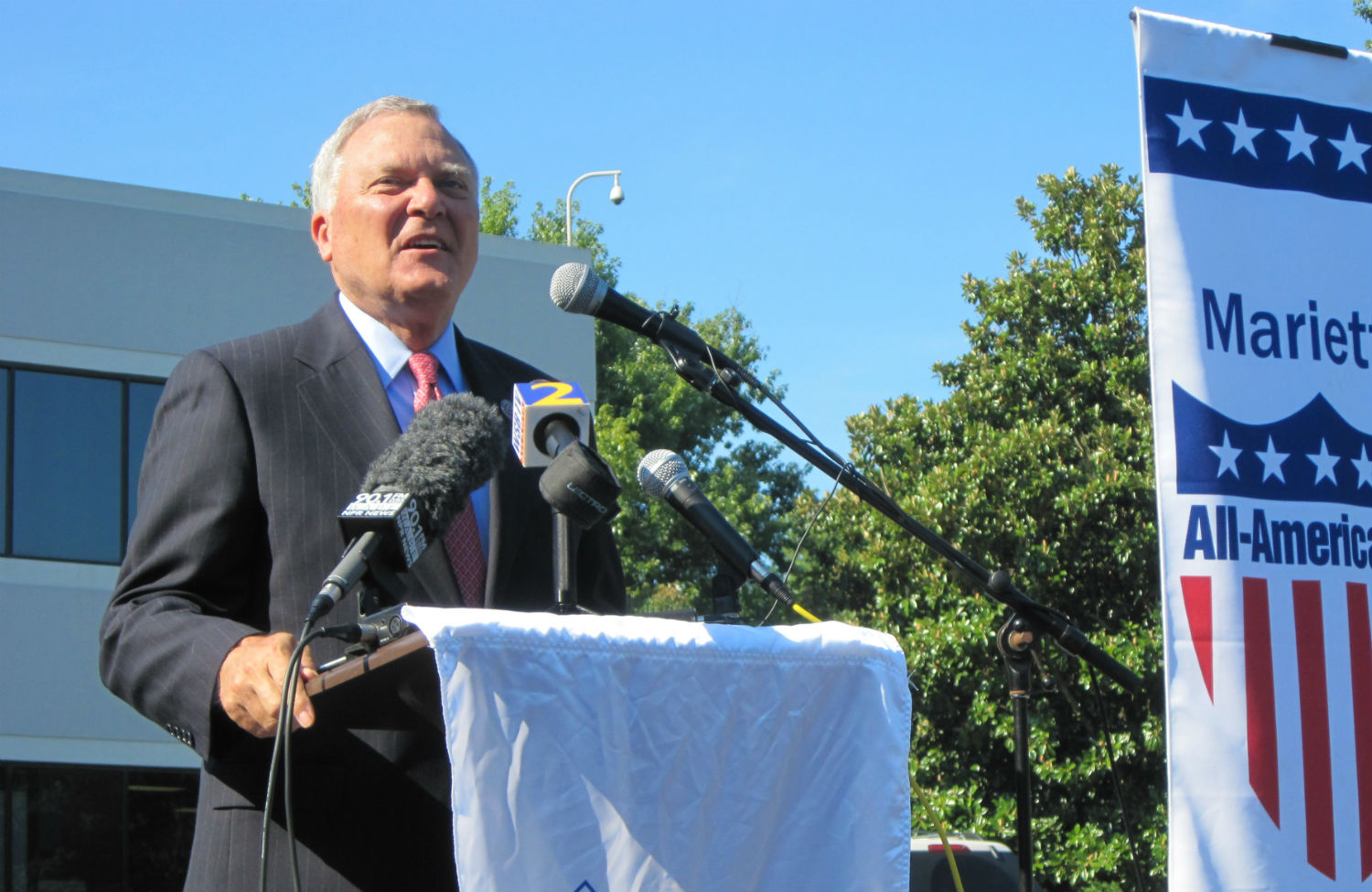 Georgia Governor Nathan Deal signed legislation today that will vastly expand the places where Georgia residents can legally carry firearms, a proposal that has drawn both praise and scorn from outside groups.

“People who follow the rules can protect themselves and their families from people who don’t follow the rules,” said Deal, adding: “The Second Amendment should never be an afterthought. It should reside at the forefronts of our minds.”

House Bill 60 allows Georgians to legally carry firearms in a wide range of new places, including schools, bars, churches and government buildings. The law, which takes effect July 1, also legalizes the use of silencers for hunting, allows school staffers to carry guns in school zones and lets leaders of religious congregations choose to allow licensed gun holders inside. It also allows gun owners to carry their weapons in government buildings—including parts of courthouses. Critics have dubbed it the “guns everywhere” bill for its broad scope, and opponents including former Representative Gabby Giffords and Georgia law enforcement tried to block its passage. The National Rifle Association lauds the bill as “the most comprehensive pro-gun reform bill in state history.”

If you’re like me and think expanding gun rights will actually make society less safe, then this law looks pretty awful. The other side of the coin, though, is the increasing support for regulation of firearms propelled in part by an angry grassroots disgusted by the more than sixty school shootings since Newtown and, in part, by elite opinion and financing on the part of power brokers like former New York City mayor Michael Bloomberg.

The convergence of these forces can be felt most recently in the launch of Everytown for Gun Safety, a joint project of Moms Demand Action for Gun Sense in America and Mayors Against Illegal Guns.

Everytown is a movement of moms, teachers, survivors, gun owners, mayors, faith leaders, law enforcement officials and other responsible citizens who believe we can do much more to keep our families and communities safe from gun violence. For the first time in history, a disparate group of Americans are mobilizing to create a counterweight to the NRA to fight for effective regulation at the federal, state and local level.

Everytown will address issues like background checks, domestic violence, suicide prevention and safe storage of guns. Every day, eighty-six Americans are killed by gun violence. Who knows how high that number will go with bills like what Georgia has passed today. To learn how to resist this lethal trend, visit Everytown.org.