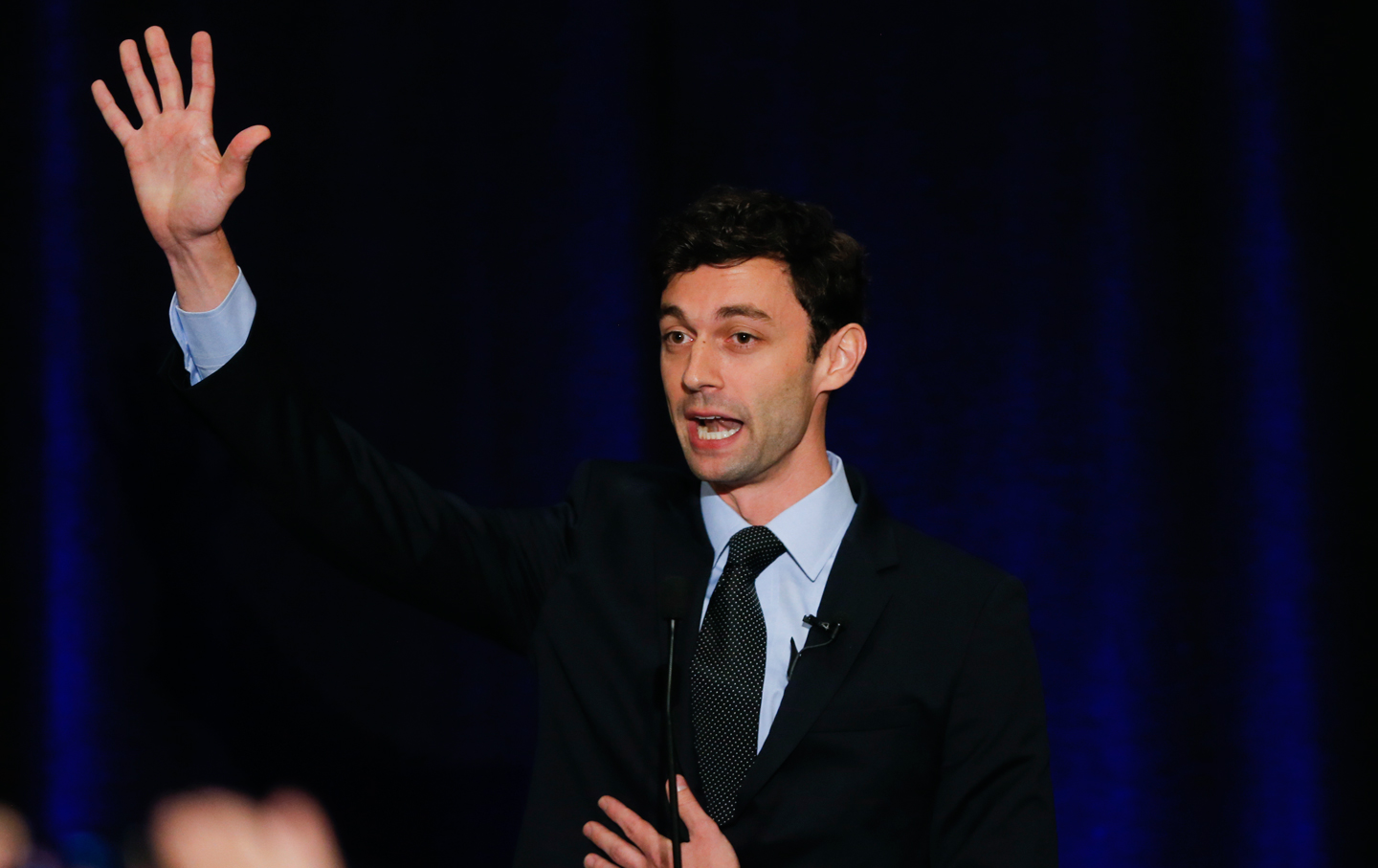 On March 22, 2017, Jill Boyd Myers moved from Atlanta to Sandy Springs, Georgia, relocating from the Fifth Congressional District to the Sixth. She wanted to vote in the special election to replace Congressman Tom Price, Donald Trump’s secretary for health and human services, but she was unable to because Georgia’s registration deadline of March 20 for both the April 18 open primary and the June 20 runoff between Democrat Jon Ossoff and Republican Karen Handel had already passed.

That meant nobody who registered after March 20—90 days before the runoff election—could vote in the hotly contested Ossoff-Handel race. Registration had effectively been frozen in the Sixth Congressional District.

But a federal court granted a preliminary injunction yesterday against the state’s 90-day registration cutoff, finding it violates the National Voter Registration Act, which prohibits setting voter-registration deadlines more than 30 days before an election. Civil-rights groups, led by the Lawyers Committee for Civil Rights, filed suit against the law. “If a preliminary injunction is not granted requiring Defendants to process voter-registration applications received after the previous deadline of March 20, numerous voters who would otherwise be eligible to vote in the runoff will be denied that right,” wrote District Court Judge Timothy Batten, a George W. Bush appointee.

Now Myers and thousands of others will be able to register until May 21, which could have a big impact in an election that could be decided by the narrowest of margins. “This just felt like a real prohibition of our rights as citizens,” Myers said after the ruling.

Voter registration is surging in Georgia—464,000 more people have registered this year than during the last non-presidential-election year (559,000 voter-registration applications this year compared with 95,000 in 2015). Ossoff’s campaign said it is registering more than a hundred new voters a day. “Voting rights are constitutional rights,” Ossoff said after the decision. “I encourage all eligible voters to ensure that they are registered and make their voices heard on June 20th and in all elections, regardless of their party or political persuasion.”

Voter suppression is not an incidental issue in the special election. As Georgia secretary of state from 2006 to 2009, Karen Handel had a long record of making it harder to vote, supporting Georgia’s strict voter-ID law, trying to purge thousands of eligible voters from the rolls before the 2008 election, and repeatedly challenging the residency of qualified Democratic candidates. Handel has bragged about these issues, saying in a TV ad: “As secretary of state, I fought President Obama to implement photo ID and won,” even though Georgia’s voter-ID law was passed in 2005 and took effect in 2007, well before President Obama assumed office.

The same discredited rhetoric about voter fraud that Republicans have used nationally has also been deployed in the Sixth Congressional District race. In a fund-raising e-mail for Handel, Trump accused “Liberal Democrats” of “spending millions of dollars trying to steal a Congressional seat from Republicans in Georgia.”

In fact, the only way the election had been tainted was by eligible voters not being able to participate because of Georgia’s absurd voting rules. If Democrats want to take back the House in 2018, especially in the wake of yesterday’s health-care vote, challenging voter suppression must be a top priority for the party.