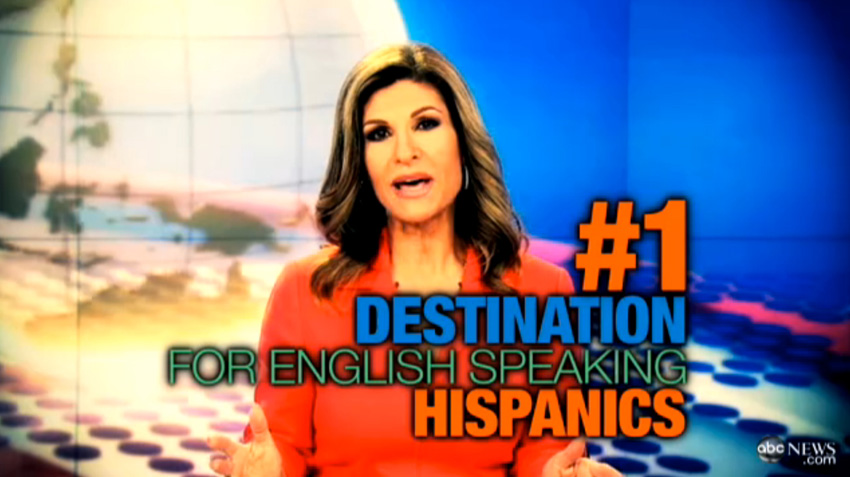 Latinos are already the majority in California, and are on their way to becoming the country’s biggest majority in the next few decades. Nevertheless, relatively few major television networks cater to Latino audiences, or even cast Latino actors. So it makes sense that new networks are emerging to create programs for, by and about Latinos. The problem is that the racism entrenched in Latino culture is slowly but surely seeping out into these new media products.

When we talk about media diversity, we tend to think in broad racial strokes, often along the lines of white, black, Asian, Native and Latino. But those of us who think more critically about race know that these categories are fraught with error. For too many people, “Latino” implies the skin color brown, or at least some hues of brown. But people who are white, black, Asian, indigenous and any mix thereof can be Latino. Therefore, rather than thinking of Latino as a color category, it’s perhaps better understood to include those people who descend from Latin America. It’s not a perfect term, but useful when thinking about people who hail from a certain geographic region.

Spanish language media don’t have a good track record when it comes to race. During the last World Cup, Univision nationally broadcast a popular program out of its Miami studios that featured a segment where hosts wore wigs meant to be Afros and held sticks for spears in an apparent attempt to poke fun at black people. Univision apologized, but only after a national outcry pressured them to. It’s not unusual, however, to find programs that demean blacks, indigenous people, Asians and Muslims on Spanish-language television.

Univision is now working with ABC to launch a new Latino-oriented cable channel called Fusion. And while it’s an English-language channel, it already seems to plagued by the same racial problems that prevail in Spanish-language media. After seeing a press release for Fusion’s new morning lineup, New York University professor Arlene Davila questioned what Fusion actually means when it says “Latinos”—and Davila isn’t the only one asking. Black Latinos, as well as those of indigenous descent are already familiar with the racism that’s common in Latino communities, and many black Americans who are not Latino, know it well, too. Responding to the Maynard Institute’s Richard Prince, Fusion conceded that the network isn’t bringing on any black Latinos at all. The morning show does feature two pale Latino journalists—both originally from South America—and one Greek-American comedian named Yannis Pappas.

Pappas is an interesting choice for Fusion. He isn’t Latino, and it’s not clear whether he’s even funny. As a Erin Siegal McIntyre recently pointed out to me, Pappas’s sense of humor includes tweets like “My ex & Republicans have a lot in common, my ex shut down the sex towards the end of the our relationship and the Republicans are also cunts.” Pappas’ jokes, if they can be called that, don’t just stop at misogyny. Another recent tweet features a photo of Pappas along with his cohosts as he makes a face, referring to himself as “a special needs child.”

There are plenty of hilarious Latinos of all shades who could surely provide Fusion’s morning humor—without insulting women and making fun of differently-abled people while doing it. And while the two other hosts on board, Pedro Andrade and Mariana Atencio, seem like capable journalists, one can’t help but notice how perfectly light their skin is on the Latino spectrum.