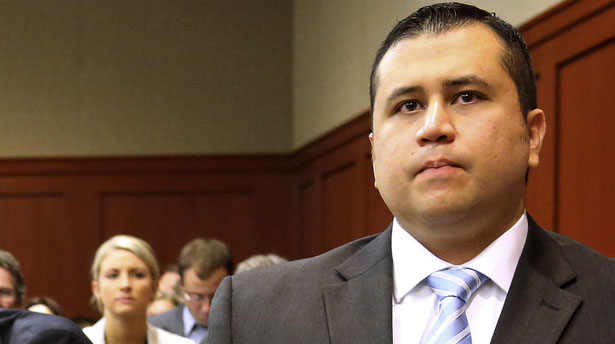 For the rest of my life, there won’t be a February that goes by where I won’t reflect on the life of Trayvon Martin and how he went from a boy to a martyr to a symbol of a movement. Trayvon’s death is a painful reminder of the way white supremacy lords over black life in the United States.

And it’s only getting worse.

Let’s get ready to … mumble. As in, what now, George Zimmerman? Seems like the former neighborhood watchman has found yet another way to remain in the public limelight. This time, he’ll be stepping into a boxing ring to fight rapper DMX….

“Prior to the incident, I was actually going to the gym for weight loss and doing boxing-type training for weight loss,” he told Radar. “A mutual friend put me in contact with Damon and provided me with an opportunity and motivation to get back in shape and continue with my weight loss goals and also be able to help a charity out.” Damon is Damon Feldman, owner of Celebrity Boxing and self-described opportunist, whose claim to fame is putting together bizarre matchups. Think Tonya Harding, Michael Lohan. He said last week that he was accepting offers for someone to step into the ring for a three-round, pay-per-view fight with Zimmerman….

Early Wednesday morning, he said he’s picked the contender. Out of more than 15,000 e-mailed requests, he’s going with DMX. “The match will be one of the Biggest Celebrity Boxing matches of all time,” his news release said (uppercase emphasis his). But in order to find out where and when it will take place, we’ll have to wait until next week.

Shame on the organizers and promoters. Shame on the thousands who e-mailed wanting to fight him and legitimize this. Shame on anyone who pays money to see it. Shame on all of us for allowing Trayvon’s life and death to turned into a spectacle.

And fuck George Zimmerman. Fuck him and everything he represents. Fuck the culture that supports his existence. But a sincere “thank you” for reminding us what black life is worth in this country. As if we didn’t already know.