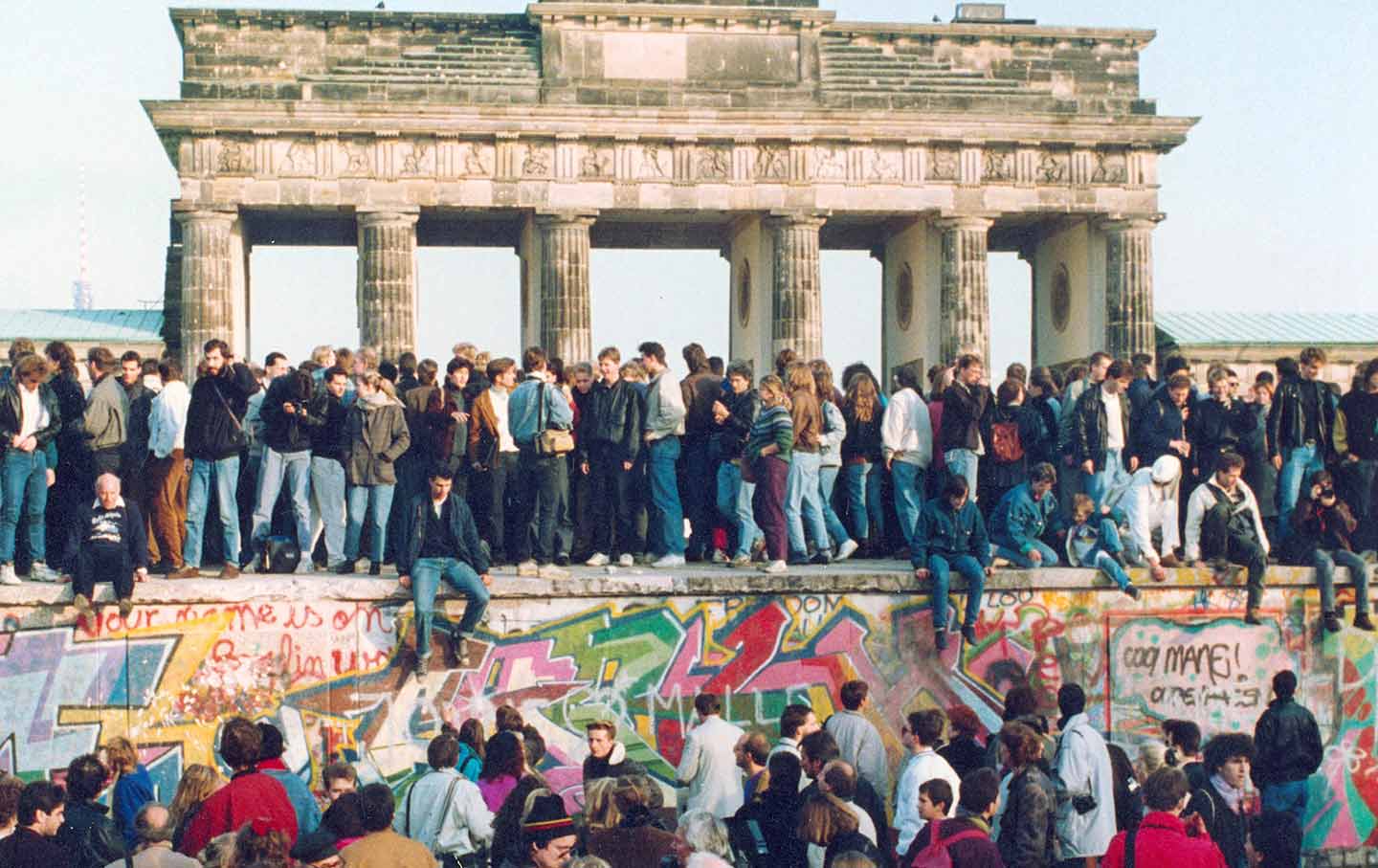 Germans from East and West Berlin stand on the Berlin Wall in front of the Brandenburg Gate on Friday, November 10, 1989. (AP Photo File)

On November 9, 1989, East German border guards opened the Berlin Wall and changed the trajectory of history. The fall of the wall marked the beginning of the end of the Cold War. It was also a moment of hope and possibility. Even before the wall came down, Soviet leader Mikhail Gorbachev was making the case for a “common European home” in which the United States and the Soviet Union would both play a role, winning cautious praise from Western leaders. “I think we have come out of a period of cold war, even if there are still some chills and drafts,” Gorbachev said in June of 1989. “We are simply bound to a new stage of relations, one I would call the peaceful period in the development of international relations.”

Thirty years later, those “chills and drafts” are intensifying. The United States and Russia are now locked in a new Cold War that represents a grave danger to humanity. Together the two countries possess nearly 14,000 nuclear weapons, about 1,800 of which are kept on hair-trigger alert. According to the Bulletin of the Atomic Scientists, the risk of “destroying our world with dangerous technologies of our own making” is at its highest level since 1953. And, unlike in 1989, there is little hope that tensions will thaw any time soon.

President Trump claims that he’d like to “get along” with Russia, but his administration has increased the level of nuclear peril. This year, the United States withdrew from the Intermediate-Range Nuclear Forces (INF) Treaty signed in 1987, a move that nonproliferation experts warned could lead to a new arms race. Now, it appears that the New START Treaty, set to expire in February 2021, could be the next to go. The New York Times reports that the Trump administration “intends to let it expire unless it can be broadened” to include China, which is “not interested.”