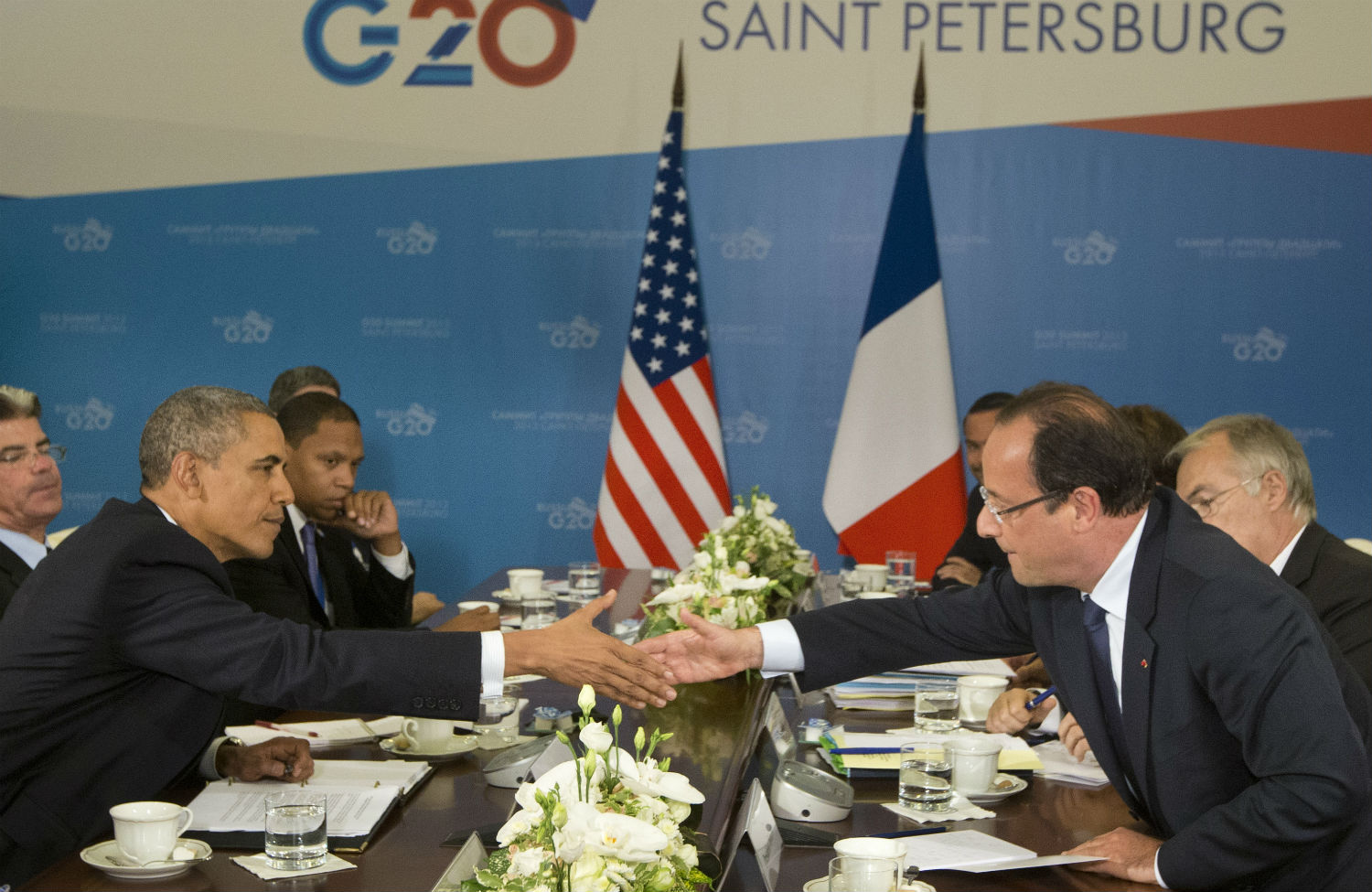 It remains to be seen whether President Obama’s phone call to French President Hollande yesterday will fix the glitch in the talks between Iran and the P5+1 world powers, talks that were sabotaged by French perfidy last week—or, in the opinion of Israel, hawks and neoconservatives, by French heroism.

After returning to Tehran after the talks, Iran’s Foreign Minister Javad Zarif bluntly blamed the French for wrecking the talks. What happened, it seems, is that an American draft of an accord was dismantled by the French, who opposed it and forced a rewrite, surprising Iran (and, apparently, the United States as well). So the Iranians had to back off the accord and return home for consultations before resuming talks on November 20. Tweeted Zarif:

No amount of spinning can change what happened within 5+1 in Geneva from 6PM Thursday to 545 PM Saturday.But it can further erode confidence

Mr.Secretary, was it Iran that gutted over half of US draft Thursday night? and publicly commented against it Friday morning?

No, it was France.

Zarif was contradicting Secretary of State Kerry, who after the talks ended said that the P5+1, including the United States and France, were in agreement and that it was Iran who scuttled the negotiations.

Russia’s foreign minister says Iran had accepted a U.S.-draft proposal on a nuclear deal, but last-minute amendments blocked an accord last week in Geneva. Sergey Lavrov’s account fits with comments from Iran and world powers. But it offers additional insights into how Washington apparently led the negotiations seeking to ease Western concerns that Iran could one day produce nuclear weapons—a charge Iran denies. Lavrov did not mention which country offered the 11th hour amendments. Others, however, say France raised concerns over issues such as a planned heavy water rector that produces more byproduct plutonium.

What happened during the phone call between Obama and Hollande isn’t known. It’s a curious failure of American diplomacy for the United States to have gone into last week’s talks without all of its ducks in a row, those ducks being the UK, Germany and France. Did Kerry not know of the impending French wrecking ball? In any case, after their call, according to AFP, Obama and Hollande were back on the same page, publicly at least, speaking of a “unified proposal” and saying that now it’s all up to Iran:

Hollande and Obama “confirmed their full support for the text agreed” by the P5+1 group of world powers at this weekend’s talks, which they said forms “the basis for a serious, solid and credible agreement”.

“Now it is up to Iran to give a positive answer,” the statement said.

By all accounts, Obama and his team are committed to a positive result from the talks in Geneva. They’ve pushed hard to get the Senate to hold off on new Iran sanctions, and they’ve told Israeli Prime Minister Benjamin Netanyahu to shut up, essentially. Let’s hope that Obama convinced Hollande that a deal is in the works, and that the United States won’t stand for any more interference by the French.

Bob Dreyfuss looks into AIPAC’s role in the negoatiations with Iran.