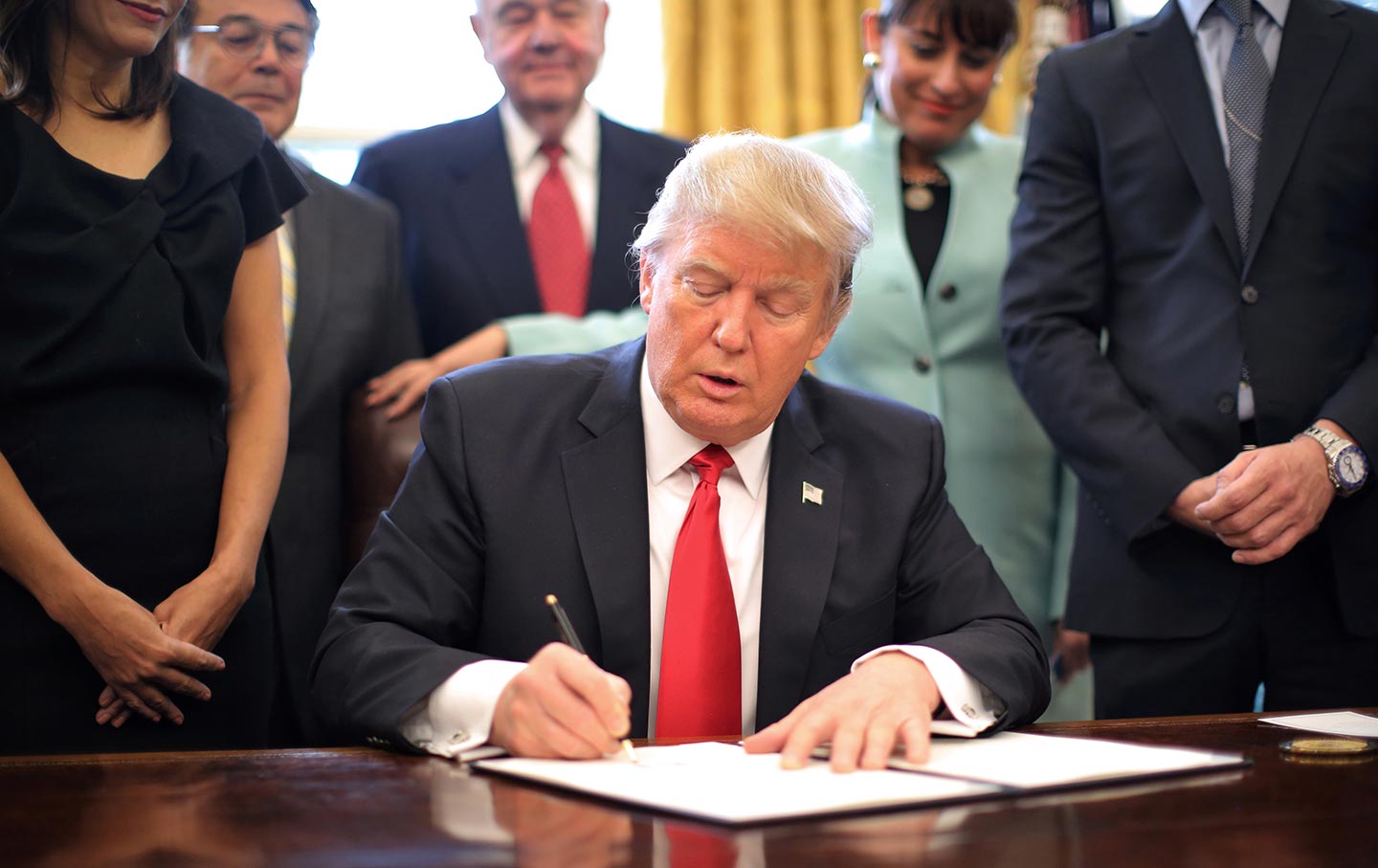 A recent opinion piece written by an unnamed senior official in the Trump administration calls out the obvious and terrifying failings of the president, while assuring Americans that “adults in the room” are limiting the damage. Both the piece and President Trump’s impetuous, adversarial, and petty response torched a furor among the commentariat. Once more talk of removing Trump through the 25th Amendment revived; talk shows probed the motives of the author; Trump fed the story further by launching a public search for the “treasonous” writer. But the op-ed is more a trap than a boon for Democrats: The narrow focus on Trump’s odious zaniness distracts from the true destructiveness of the course pursued by the administration and the Republican-led Congress.

This fixation on the Trump circus provides a perverse setup for Republicans, as illustrated in their virtually universal reaction to the unnamed op-ed. They express dismay at Trump’s personal idiosyncrasies, and then pivot to touting the results of the policies. As Senator Ted Cruz (R-TX) put it, “My approach is to ignore the political circus and focus on substance. And on substance, we’re getting an enormous amount accomplished for the American people.” The anonymous senior official echoes that, praising the administration’s “bright spots” of “effective deregulation,” “historic tax reform,” and money for a “more robust military,” while assuring Americans that “adults in the room”—not the “deep state,” but the “steady state”—are working to blunt Trump’s craziness, particularly on trade, Russia, and foreign policy.