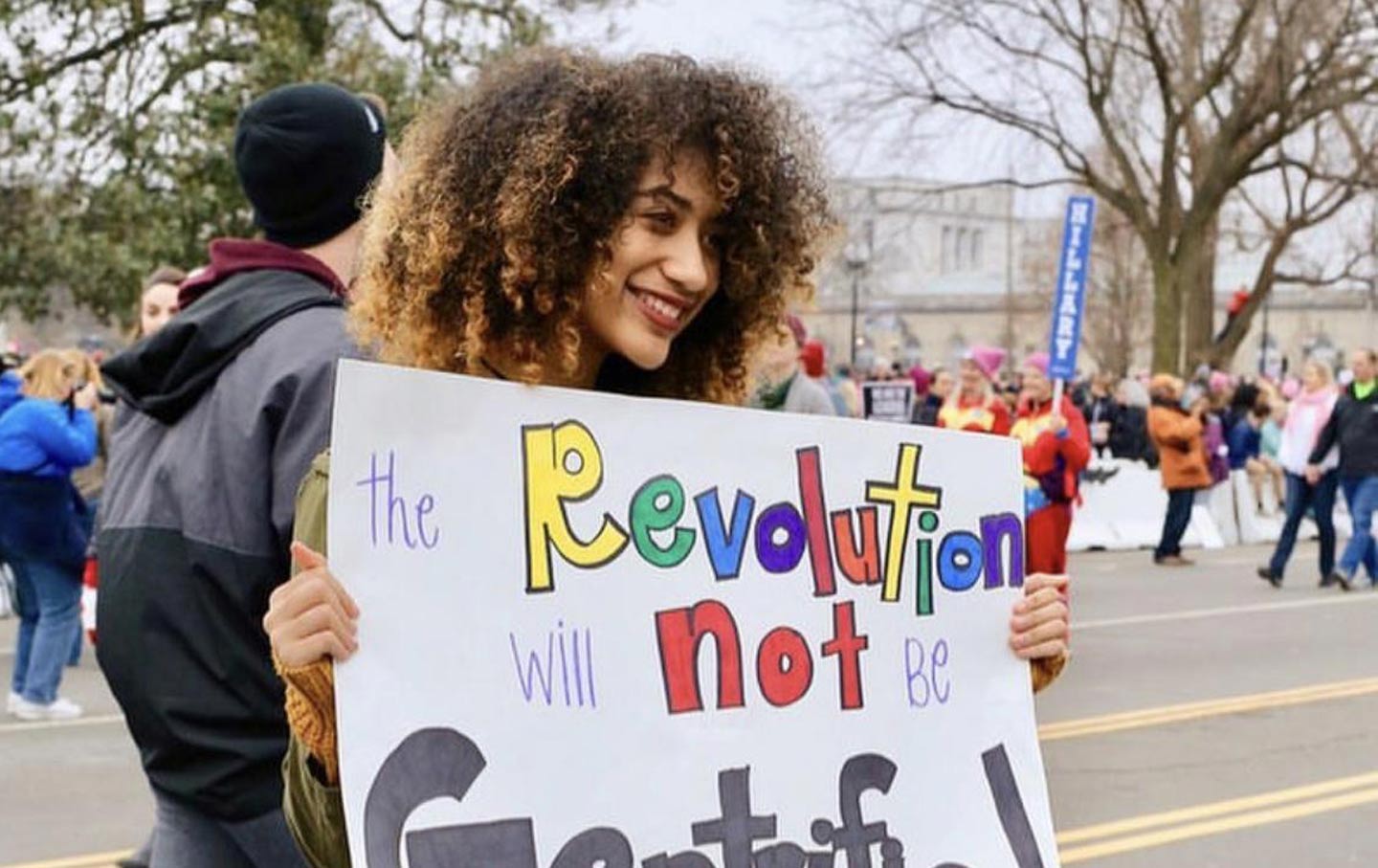 The author at the 2016 Women's March in Washington, D.C. (Courtesy of Brianna Reddick.)

I was a freshman at Wake Forest University a year after a white fraternity planned an off-campus “dress like a black person” party. Invitations encouraged students to dress as if they were on the set of a rap music video. This event, leaning heavily on black stereotypes, was offensive and hurtful to black students, and the racial tension on campus was palpable and fresh when I arrived. As a black freshman, I was thrown into a space with an intense racial dynamic. Race became a binary: black or white, pick a side. Black students like me were left with an ultimatum: assimilate, or diverge completely from whiteness.

At first, assimilating appeared to be the safer option. And after moving hundreds of miles away from home, I was longing for a sense of community. However, it didn’t take long for me to realize that I did not fit in with my white classmates. Class and racial barriers were apparent in every interaction. I was an outsider. I knew my hair was too curly, my taste too urban, and my politics too radical. So I chose to diverge. By participating in campus activism, I could help shift the culture of Wake Forest University.

Engaging in activism at a traditional, Southern, mostly white college helped me learn and grow as a black woman. I took what I learned in the classroom, fused it with my concern for social injustice, and put it into practice through activism. But now, as I return to campus this fall for my last year of college, I plan to balance my desire to fight for justice with the need to care for myself. For these last two semesters, I will continue to work to address systemic racism at my school, but I’ll also consider the impact activism has on me. I plan to be selective about my engagement, in order to guard my mental health.

In the beginning, I was totally energized to make change. I went to every rally, every panel, and wrote every paper about racial and social justice. Activism consumed my college experience. It did not take long for this work to take its inevitable toll on my mental health. I participated in a forum on the death of Keith Lamont Scott, who was fatally shot by a police officer in Charlotte, North Carolina, less than two hours away from my campus. White students actively interrupted and laughed at black students as they spoke at the forum about their feelings. I experienced the over-policing of black students at campus parties. I engaged in an act of resistance on campus and was later harassed on social media by the alt-right. I grew tired. To be unapologetically black and vocal on my historically white campus in Winston-Salem, North Carolina, was emotionally taxing. I found myself deterred in my fight to shift the culture of Wake Forest University.

I took a break. I stopped speaking up in class, I stopped writing political papers. I didn’t engage with my activist peers. I wanted to be a regular college student. Too often, black students are left with the burden to resolve the injustices that permeate our campuses. I did not want that obligation anymore. Unfortunately, the damage was done. After all of the racial incidents I both voluntary participated in and had been thrust into, I developed extreme anxiety. I feared that my classmates and professors were delegitimizing my opinions as race-baiting. I had a reputation that I could no longer control; I began to feel shame in my blackness, so I toned down the ways in which I expressed it.

Moving forward, I have learned that I can still control my narrative and how I engage in activism. After a lot of self-reflection and outside help, I rediscovered that passion I had freshman year. College led me to heavily politicize my black identity, and I am learning that this is not always necessary. To protect my mental health, I have to find a balance. I am working on choosing my battles and stepping back when needed. I’ve learned to take breaks. I am a black student on campus, but it is not my job to fix years of institutional racism. I will continue to advocate for progress and challenge my university, but I will also try to embrace it in my final year. While I have seen my fair share of trauma at Wake Forest University, I have also seen joy, compassion, and unity.

My black collegiate experience at a predominantly white institution is a combination of both good and bad—and that is okay. Black students’ experiences are not a monolith. Many of us manage to balance our academics, social life, and political activism. College for black students is more than just obtaining a degree. It’s also about permeating structures and spaces in which we were never originally included. We have to make space for our experiences. This year, I will continue to engage in acts of resistance, while also making room for self-preservation.

To be black on campus is often a form of resistance itself.

Tear Down the Monuments, Bring Our Cities to Life

Black Trans Lives Must Be Front and Center