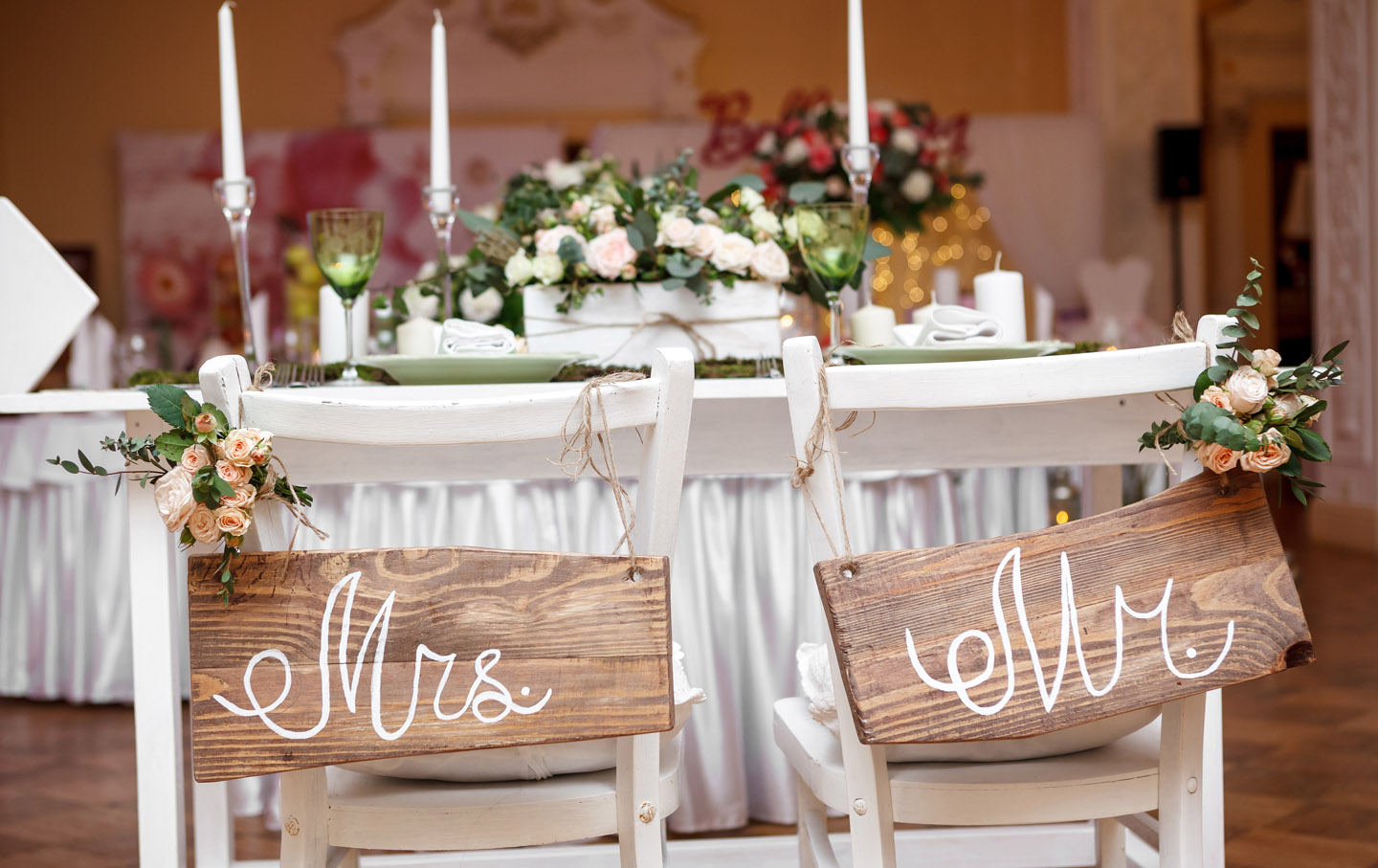 In the United States, ninety percent of women who marry take their husband’s surname. (Shutterstock)

It is true, as the old feminist rallying cry goes, that the personal is political. From the beginning, sexism shapes the most intimate spheres of our lives. It affects the toys we’re given, the behaviors we’re rewarded for, the interests we’re encouraged to pursue. It determines the way we feel in our own skin and present ourselves to the world. If we’re heterosexual, it affects how we relate to our lovers; if we have kids, it can’t help but influence how we raise them.

Because sexism is so interwoven with how we live our lives, it sometimes feels like the transformation of our personal lives is demanded by feminism. This is extremely exhausting, leading to a neurotic level of analysis and justification of our own preferences, motives and interpersonal relationships. Two kinds of personal essays, repeated with nearly infinite variations, manifest this neurosis. One is confessional: I’m a feminist, but I enjoy X, in which X is some traditionally female thing like not working, wearing makeup, being submissive in bed, or doing all the housework. The other is tautological: don’t judge me for doing this traditionally female thing, because it makes me, a feminist, feel good, and thus must be more feminist than it appears.

A note-perfect example of the latter kind of essay appeared in the Pacific Standard on Monday, titled, “It’s Fine to Take Your Spouse’s Name.” The author, Amanda Kolson Hurley, acknowledges that, in the United States, 90 percent of women who marry take their husband’s surname, which suggests it’s not a custom in need of a contrarian defense. Nevertheless, when she changed her name, she felt subtly shamed by her progressive peers.  “It was as if I’d admitted my favorite restaurant was the Cheesecake Factory, or that I listened to Nickelback,” she wrote.

This slight stigma strikes Hurley as unfair, since some women take their husband’s name for good reasons that have nothing to do with patriarchal duress. “For millennia, the custom of husbands giving their names to their wives signified that women were men’s property,” she writes. “The custom remains, but laws and society have changed, and now, at least in most of America and Western Europe, it has become a voluntary gesture of taking, not giving. Taking your spouse’s name can be an act of self-fashioning—a feminist act, whatever your gender, or theirs.”

Not surprisingly, people have been making fun of this piece on the Internet. After all, while Hurley says she’s in favor of men taking their wives’ names as well, this almost never happens, which suggests that “laws and society” may not have changed so completely. The fact that it is almost exclusively women who alter their identity upon marriage is not some benign coincidence.

But a lot of those women, maybe most of them, probably feel like they made a choice, and that their reasons were good. And maybe they were! Often doing the conventional thing is the path of least resistance. (That’s why it’s the conventional thing.) It is not easy—it might be impossible — to live a productive life while bucking social expectations at every turn. It’s too bad that so many young women have gotten the idea that feminism expects them to.

Certainly, political forces shape the way we make personal decisions. It doesn’t follow, though, that making different personal decisions is the way to effect political change. If we had greater gender equality in this country, it’s unlikely that most women would shed their identity upon marriage. That doesn’t mean, however, that the way to achieve gender equality is for women to stop changing their names. To think otherwise is to confuse cause and effect.

This confusion sucks up a lot of mental energy, leading to guilt and defensiveness. It turns feminism—the demand that women be recognized as full, equal human beings, legally and socially—from something libratory into another thing for women to feel like they’re failing at. It becomes, ironically, a source of gender inequality, since men, by and large, don’t spend so much time second-guessing their romantic decisions and aesthetic preferences. Changing your name is not a feminist act. You have not betrayed feminism if you change your name. The same is true for staying home with your kids, wearing high heels, or getting Botox. Women live in a sexist system, and contort themselves to negotiate it, picking from a menu of mostly bad options and then hating themselves for choosing wrong. The problem is the system, not the women. That’s what the personal is political is supposed to mean.