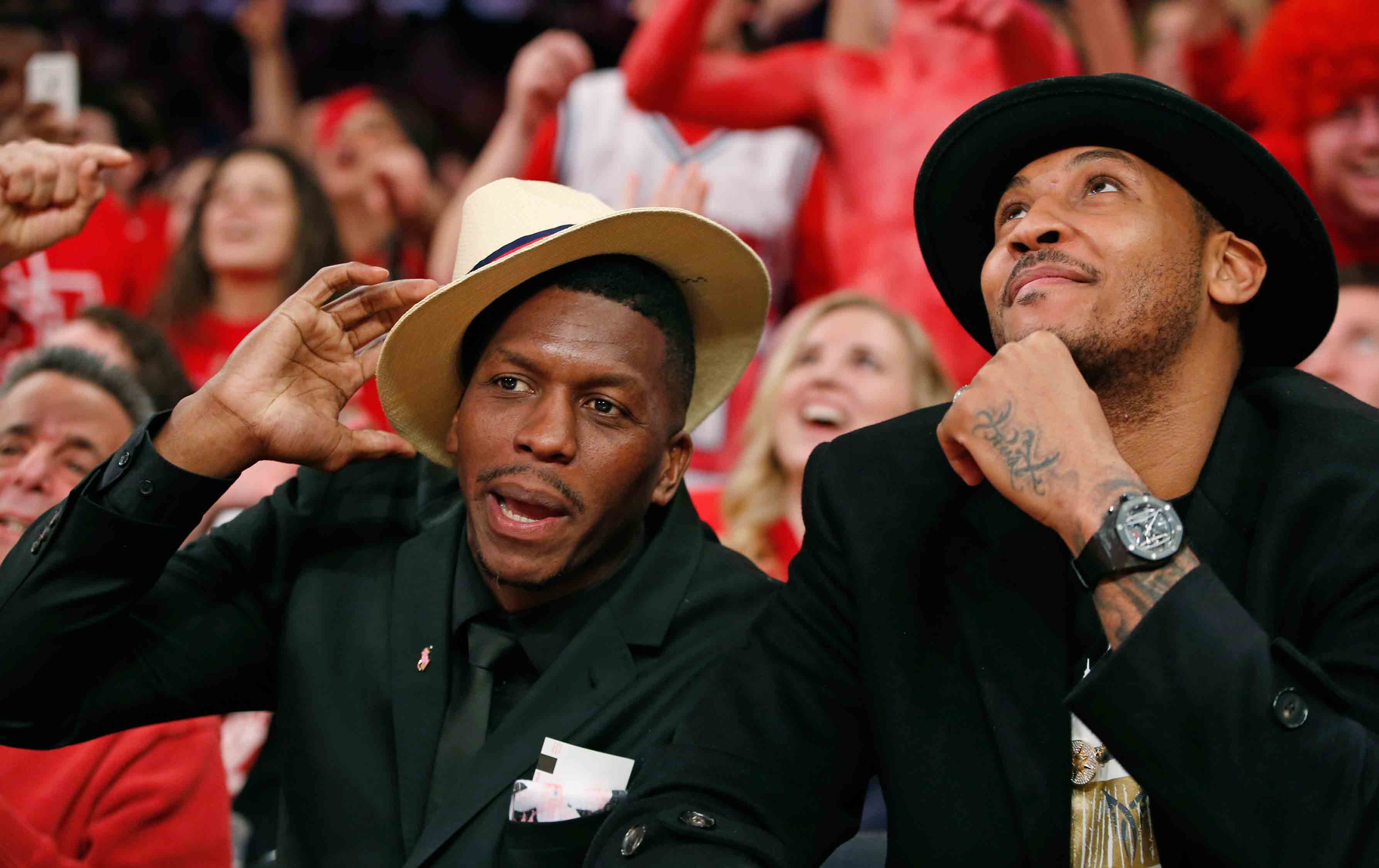 My junior year of high school, when I was passed the ball during a basketball game against the freshman team from powerhouse Rice High School, I pump faked a shot in front of a willowy 14-year-old who didn’t bite and stayed fastened to the ground. I assumed I’d have an open bucket and tossed up a 15 footer. The (very) young man—and I remember this as if it was yesterday—waited until the ball was in the air and then jumped, swatting it at its apex to half court. The crowd oohed and aahed at my humiliation and as I turned, my face a mask of dejection, to run up court, the kid who blocked my shot put his arm around me and walked up the court by my side. He told me in broken English that everything was going to be OK. I remember both smiling and marveling at this simple act of kindness in a space—high-school sports—usually allergic to such sentimentality.

That player’s name was Felipe Lopez. I had no idea of course that this stick figure of a kid would become the most heralded high-school player in the country, appearing on the cover of Sports Illustrated before he took the court for a single game at St. John’s University. Lopez went on to play in the NBA, though he never reached his outsize potential or the media’s hyped fantasies. But the story of an immigrant who became known as “the King of New York” has never been told until now.

This week, ESPN will be airing one of their acclaimed “30 for 30” documentary series, and its subject is none other than Felipe Lopez. Called The Dominican Dream, it’s an incredible look at the trials and triumphs of immigration and a unique hero.

I told the story of my high-school humbling to the film’s director, Jonathan Hock, and he laughed, saying, “That story is Felipe in a nutshell. He was a singular talent but he also has a kindness that’s totally his own.”

I asked Hock what attracted him to Lopez’s story; for him, it really was much more about being able to tell the tale of an immigrant’s journey than about a young phenom’s athletic prowess. Hock related intimately to Lopez’s American tale:

In 1906, my great-grandparents (with my infant grandmother in tow) came to America and settled in the South Bronx, right around the corner from where Felipe and his family settled 80 years later. The conventional telling of Felipe’s story has been one of disappointment and unfulfilled expectations, but if you look at it as an immigrant story—an American story—you discover that it’s really a success story masquerading as a tale of failure. I was fascinated by the idea of what success really means, and more than that, I saw Felipe’s story as a chance for America to look in the mirror and see its best self reflected in this dark-skinned, Spanish-speaking immigrant.

It is no coincidence that Hock found himself drawn to Lopez’s story. We live in a time when immigrants from Latin America are being relentlessly demonized by this administration, creating an atmosphere of distrust, fear, and even violence. For those seeking refuge—as generations have in decades past—it’s a frightening moment in the United States.

As Hock said to me, “It infuriates me to hear the children and grandchildren of immigrants blathering about building a wall to keep a new generation of immigrants out of this country. I would be so happy if people tuned into The Dominican Dream expecting to see a great sports story, but come away thinking about their own families’ migration stories. And maybe when they turn on the news and see a family that on the surface doesn’t look like their own family—maybe after watching this film they’ll see that those families are really just like their own.”

Yes, Jonathan Hock and Felipe Lopez are telling a story that runs counter to the narratives being spewed by this administration, and putting that narrative right on the World Wide Leader in Sports, ESPN. It’s a documentary worth seeing, and worth defending. As for me, after watching the film, I feel blessed to have had my shot blocked by Lopez, to be even tangentially connected to a terrific human being whose story is an example and a reminder of what this country can offer, and what this administration is attempting to take away.