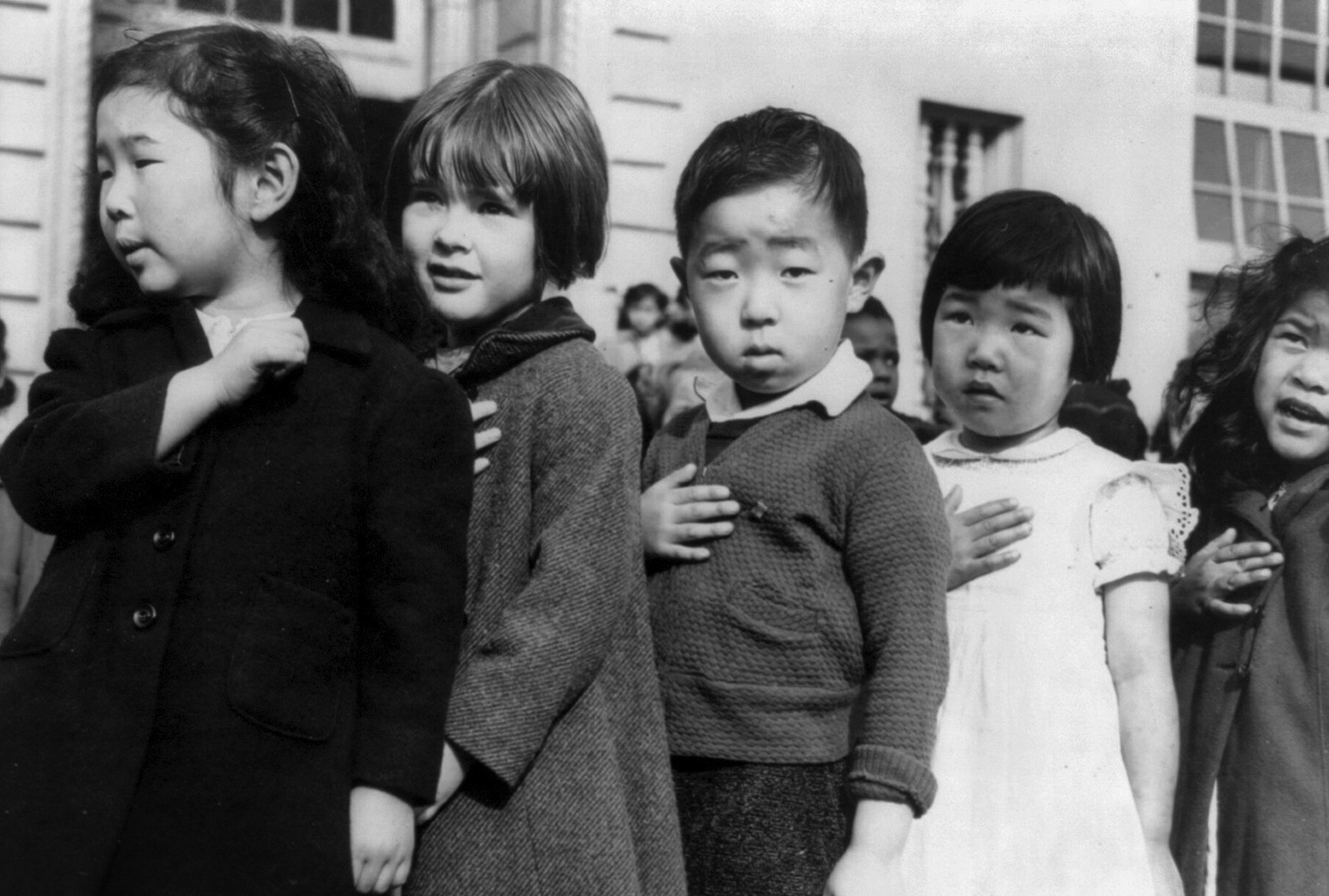 Students at the Weill School in San Francisco pledge allegiance to the American flag in 1942, two years before the internment of Japanese Americans. Photo via Library of Congress.

The Nation’s response to the president’s evacuation, relocation and internment order was not nearly as firmly opposed as one now wishes it had been. Curiously enough, contributor and later editor Carey McWilliams played a small role in the beginning of the internment program in California, though he was opposed to it, as head of the state’s Division of Immigration and Housing; throughout the war, McWilliams lobbied for the “evacuees’” rights in the press and in government, and wrote the first book about the program, Prejudice, published in 1944. The following appeared in a brief editorial note in the Nation of February 21, 1942.

Hysteria over the West Coast Japanese appears to be unabated despite the stringent steps now being taken to prevent sabotage or effective espionage activities. Even so sober an analyst as Walter Lippmann has contributed to the public’s uneasiness by charging that there has been communication between the Japanese navy at sea and enemy agents on land—a charge which has been challenged by the coordinator of enemy-alien control for the Western Defense Command. The excitement would be understandable if there were any indications of laxity on the part of the FBI or the local defense authorities. Actually, these agencies seem to have dealt with the situation with commendable energy and realism. Enemy aliens have already been moved out of the first of the “prohibited” zones, and evacuation from other zones is under way. American-born Japanese are to be ’invited’ to move to non-strategic areas in the interior, where work projects will be provided for them…. Admittedly the dangers are real…. But the government is right in taking the position that the methods used to eliminate these activities shall not be of such a nature as to alienate the overwhelming majority in these groups who have remained loyal to the United States.