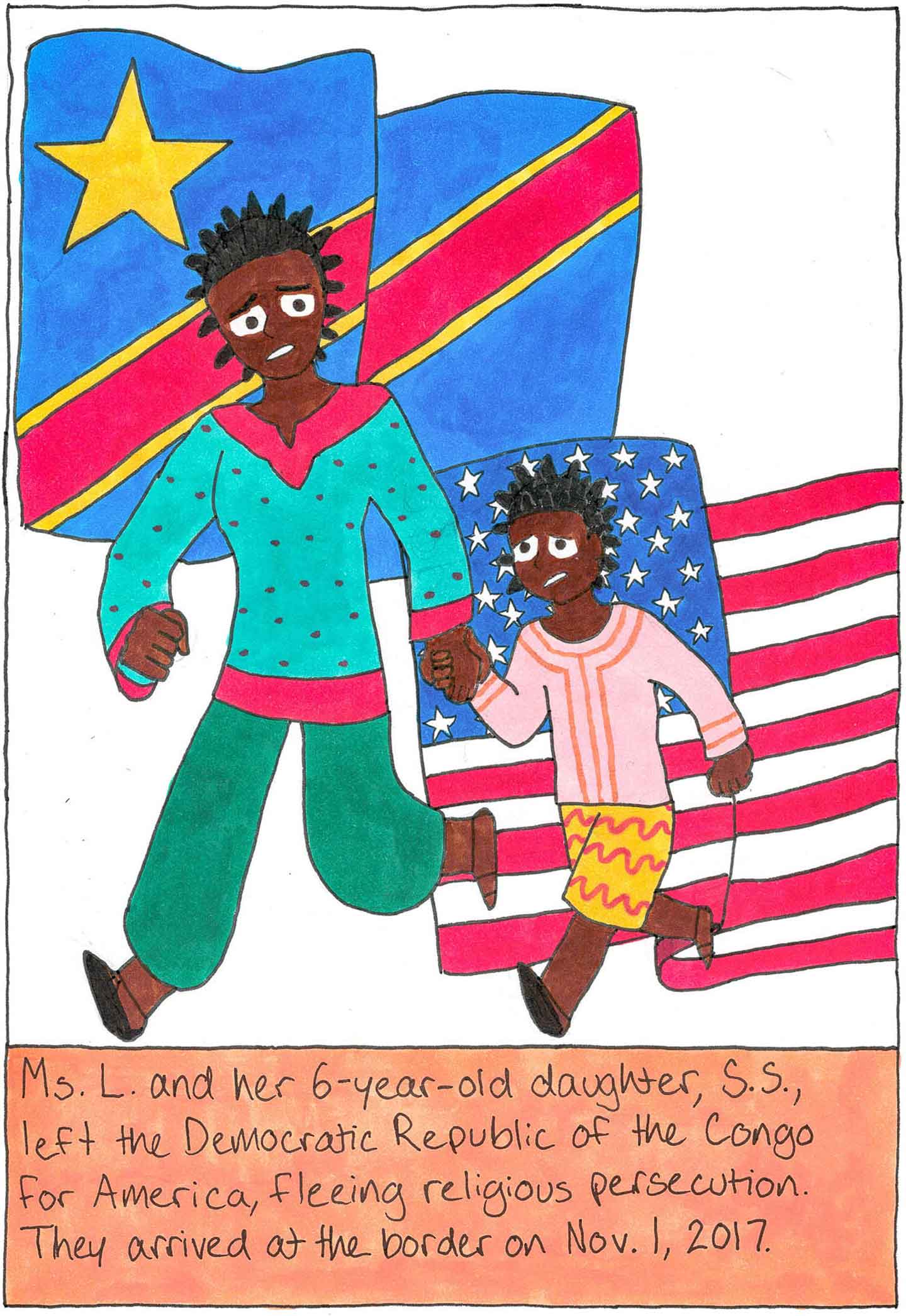 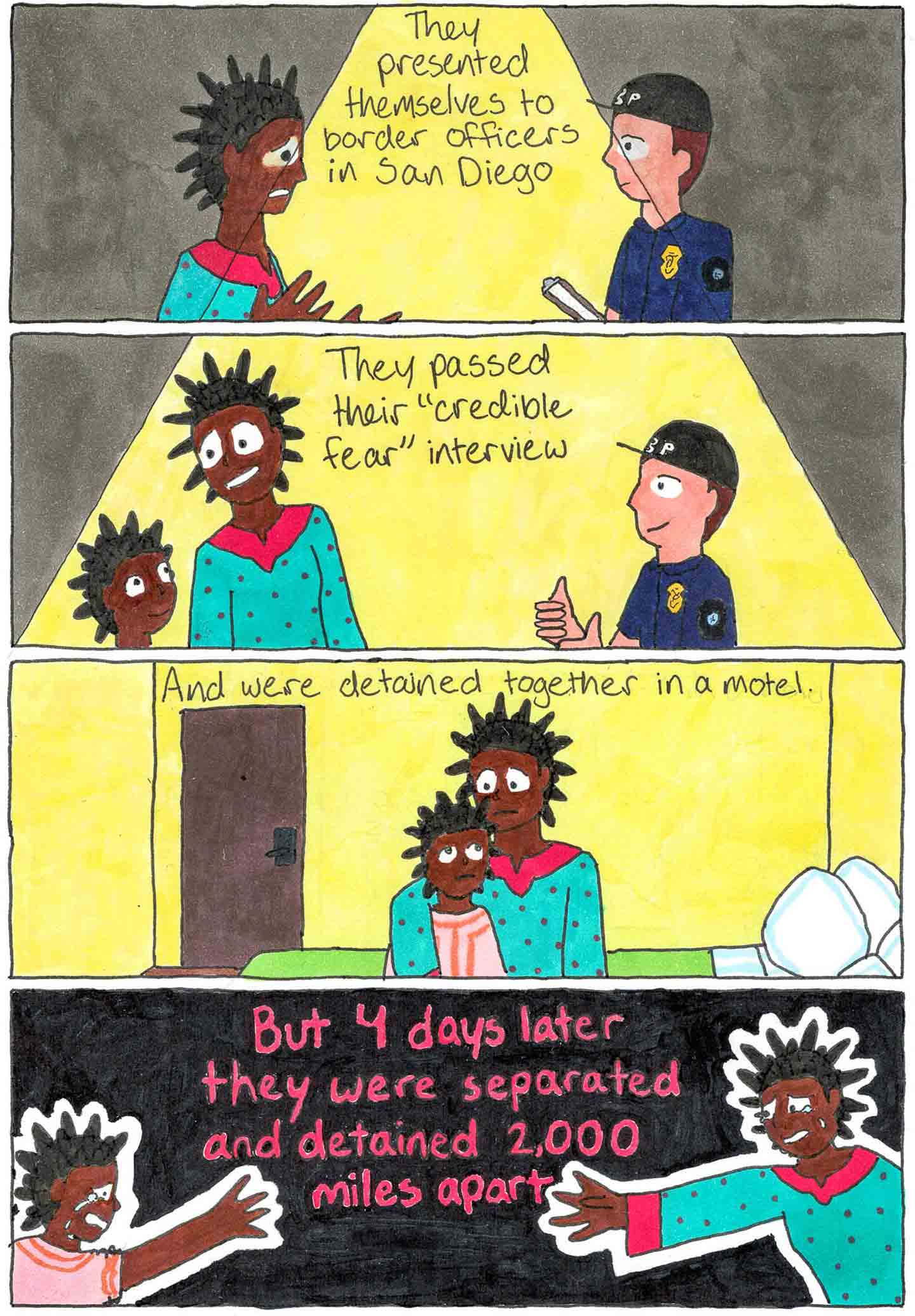 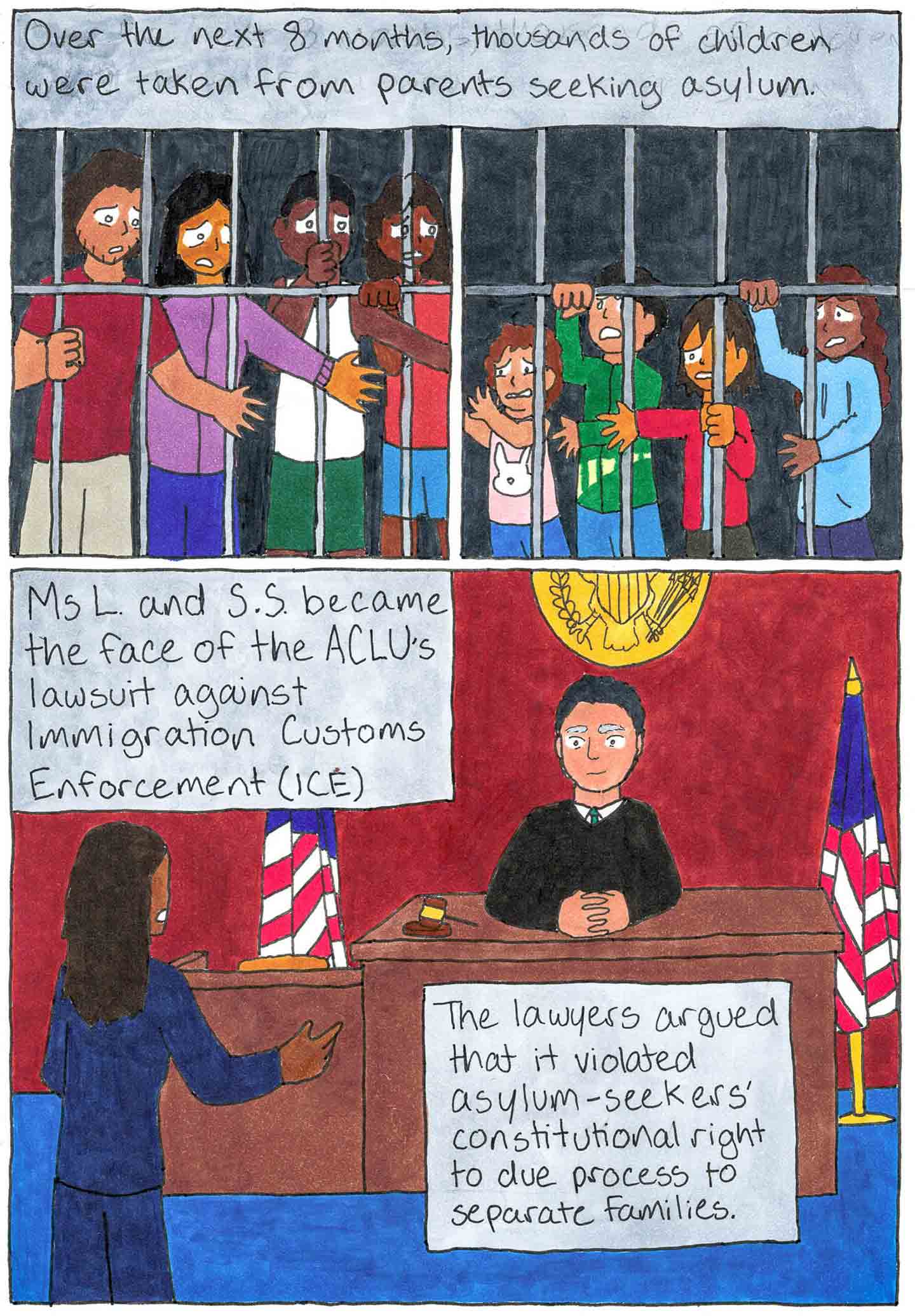 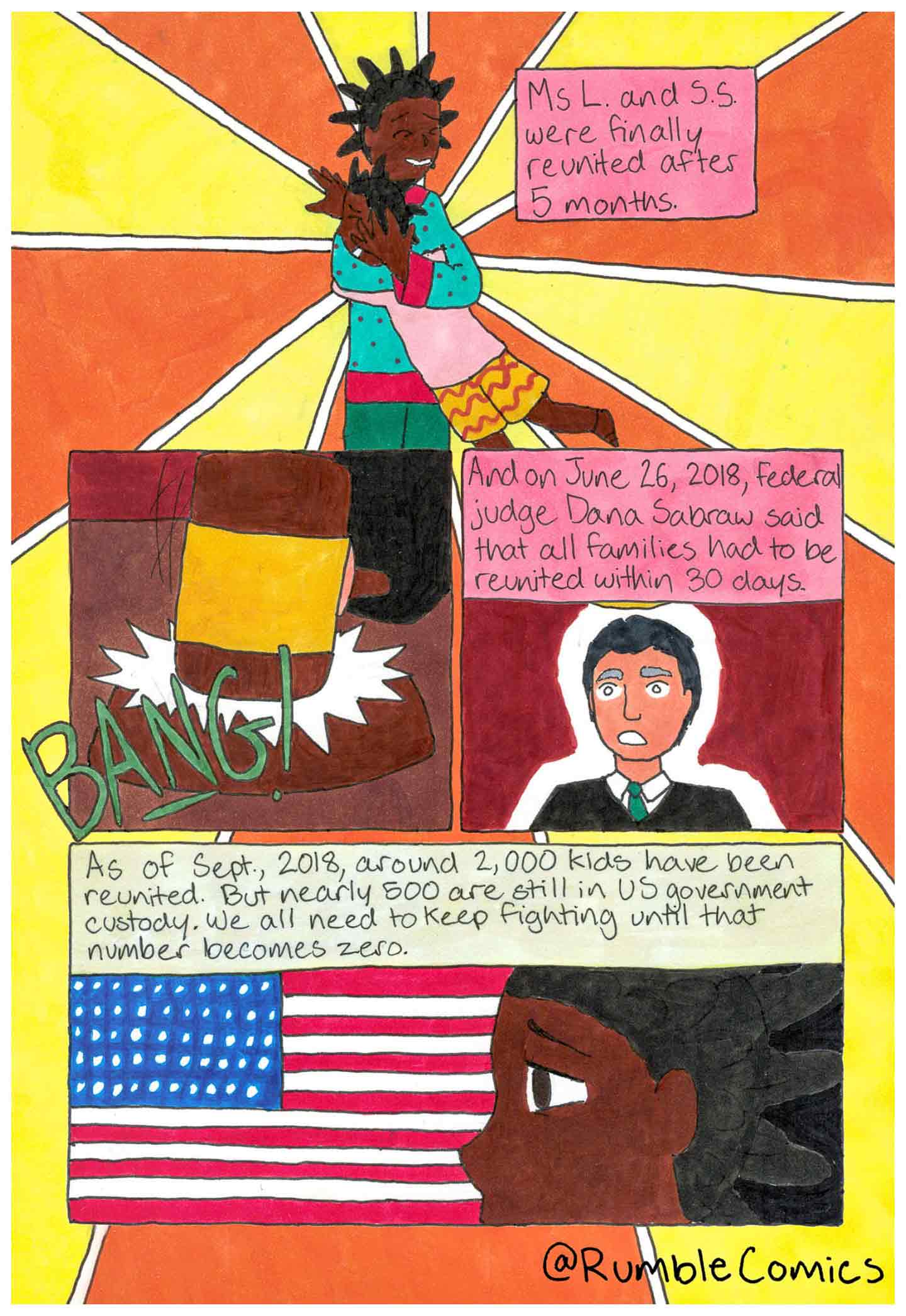 I learned about the US government’s taking migrant children away from their parents toward the end of school last year, when I was in 8th grade. I remember being outraged that kids my age and younger were being torn from their families and locked up.

Then, this summer, I heard about the case of Ms. L. vs. ICE. The American Civil Liberties Union was suing US Immigration and Customs Enforcement for violating the constitutional rights of asylum seekers. Ms. L. was the face of their lawsuit.

I like to read history and politics in graphic-novel form, and I had worked on a cartoon-drawing project last year to raise money for the ACLU. So I decided to write a short comic in the hopes that more kids—and adults—would learn about Ms. L., her daughter, S.S., and ACLU’s case to keep them together.