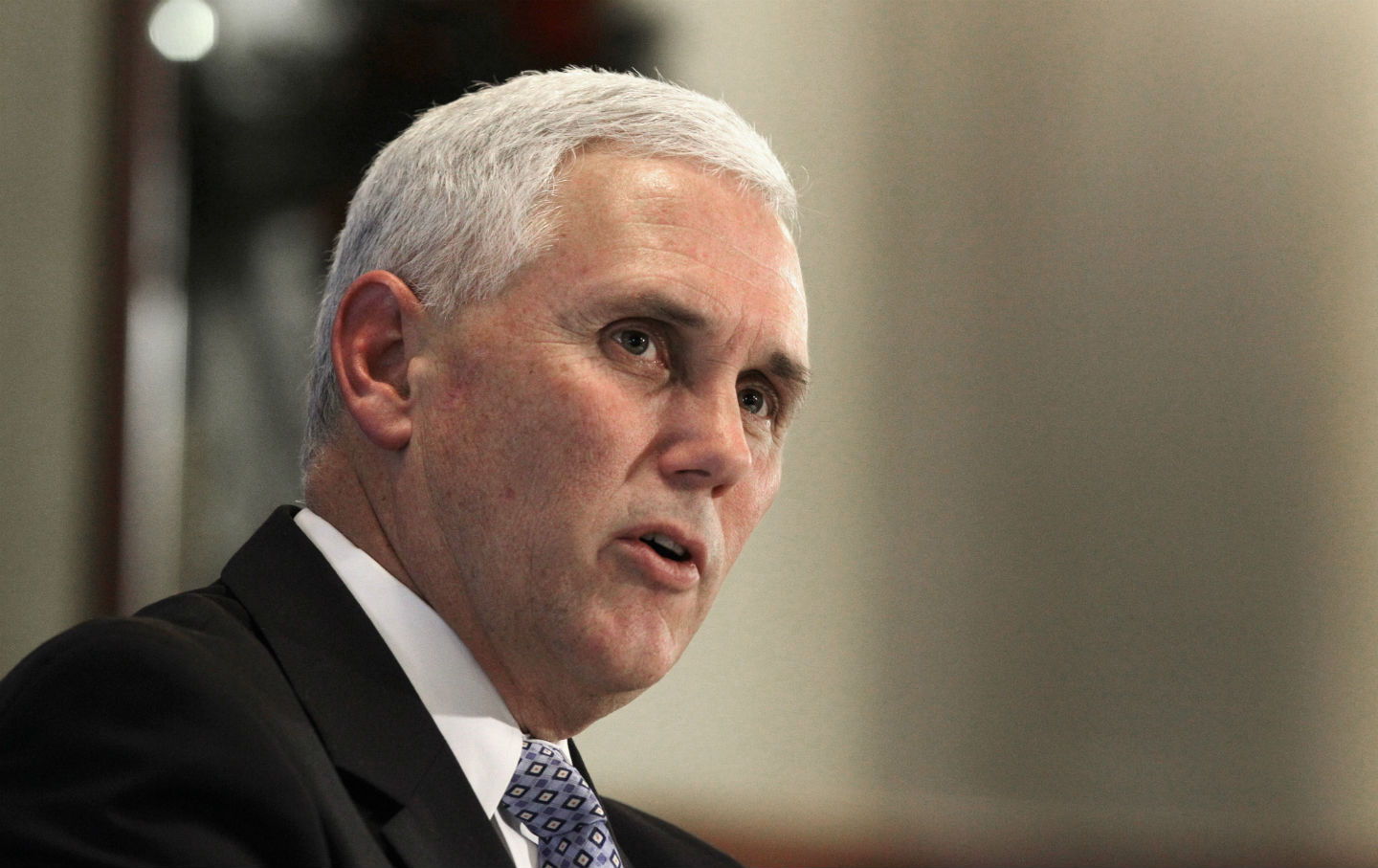 Indiana Governor Mike Pence, who not long ago sounded like a 2016 Republican presidential prospect, might have thought that his decision to sign his state’s so-called “Religious Freedom Restoration Act” (RFRA) would have at least earned him the enthusiastic embrace of all Republicans and all conservative media.

But it is not working out that way in Indiana, a state that (with the exceptions of Democrats Lyndon Johnson in 1964 and Barack Obama in 2008) has backed every Republican presidential candidate since 1940. A number of 2016 Republican presidential prospects—including former Florida governor Jeb Bush, Texas Senator Ted Cruz and Dr. Ben Carson (who referred to the Indiana law as “vital”)—backed Pence with notably more enthusiasm than the governor could muster.

But the governor got a good deal of pushback from conservative Republicans and media at home—so much, in fact, that Pence now says he is looking for a way to adopt new legislation that will “clarify” that the law does not permit businesses to engage in discrimination against lesbian, gay, bisexual and transgender (LGBT) people.

It remains to be seen whether Pence, who has bumbled badly as he has tried to defend the RFRA, will get the clarification right. He still does not seem to grasp what the problem is—claiming that “we’ve got a perception problem.”

But there are Indiana Republicans who “get” it. The Republican mayor of Indianapolis, Greg Ballard, says that Pence and his allies are “missing the bigger trend” toward support of LGBT rights. As one of the few Republicans who leads a major American city, Ballard is calling on the Indiana legislature not just to reject discrimination but “expressly add sexual orientation and gender identity as protected classes in state law.”

What’s playing out in Indiana, and nationally, is important because it illustrates the extent to which thinking about LGBT rights is shifting, even within a socially-conservative Republican Party.

There has been an enormous backlash to the governor’s decision to sign what the Human Rights Campaign condemns as “a sweeping bill allowing individuals to use religion as an excuse to discriminate against LGBT people and other minorities.”

Pence has been ripped by CEOs and business leaders nationally, and in Indiana, for embracing discrimination rather than welcoming the diversity. Many Democrats have spoken up, evidencing the extent to which a party that once has its own divisions on the issue has united in support of LGBT rights. House Democratic Leader Nancy Pelosi spoke with particular force, arguing, “History will not look kindly on this new Indiana state law, couched under claims of religious freedom, which turns back the clock on gains Americans have made together to ensure equal treatment, equal access, and equal rights for all citizens. Indiana’s law goes far beyond other state and federal examples by allowing religious justifications to be used in disputes between private parties and giving private businesses a license to discriminate.”

But the criticism that has most stung Pence, a former Republican congressman and favorite of conservatives, has come from Indiana Republicans and conservatives.

When the governor tried to claim that “some on the left and some in the national media have mischaracterized” his law, Indianapolis Mayor Ballard made it absolutely clear that there are Republicans who object. Arguing that the law sends the “wrong signal” about discrimination, the Republican mayor declared, “Indianapolis strives to be a welcoming place that attracts businesses, conventions, visitors and residents. We are a diverse city, and I want everyone who visits and lives in Indy to feel comfortable here.”

The Indianapolis Star, a newspaper that endorsed Pence for governor in 2012 and that for many years was owned by conservative publisher Eugene C. Pulliam (the grandfather of former vice president Dan Quayle), published a rare front-page editorial condemning the law.

In an editorial headlined, “Fix This Now,” the state’s largest newspaper declared that the RFRA has “already has done enormous harm to our state and potentially our economic future.”

“The consequences will only get worse if our state leaders delay in fixing the deep mess created. Half steps will not be enough. Half steps will not undo the damage,” the editorial argued. “Only bold action—action that sends an unmistakable message to the world that our state will not tolerate discrimination against any of its citizens—will be enough to reverse the damage. Gov. Mike Pence and the General Assembly need to enact a state law to prohibit discrimination in employment, housing, education and public accommodations on the basis of a person’s sexual orientation or gender identity.”

Republican Mayor Ballard was pushing the “fix-this-law” line—calling either for the repeal of the Pence’s law for for the addition of explicit protections in state law against discrimination based on sexual orientation and gender identity.

“Discrimination is wrong,” declared the mayor. “And I hope that message is being heard loud and clear at our Statehouse.”

Perhaps Pence does still speak, however ineptly, the sentiments of his party’s socially conservative base.

But if there was a Indiana Republican who sounded like he understood where most Americans at with regard to protecting LGBT Americans from discrimination, it was not Pence. It was Ballard.