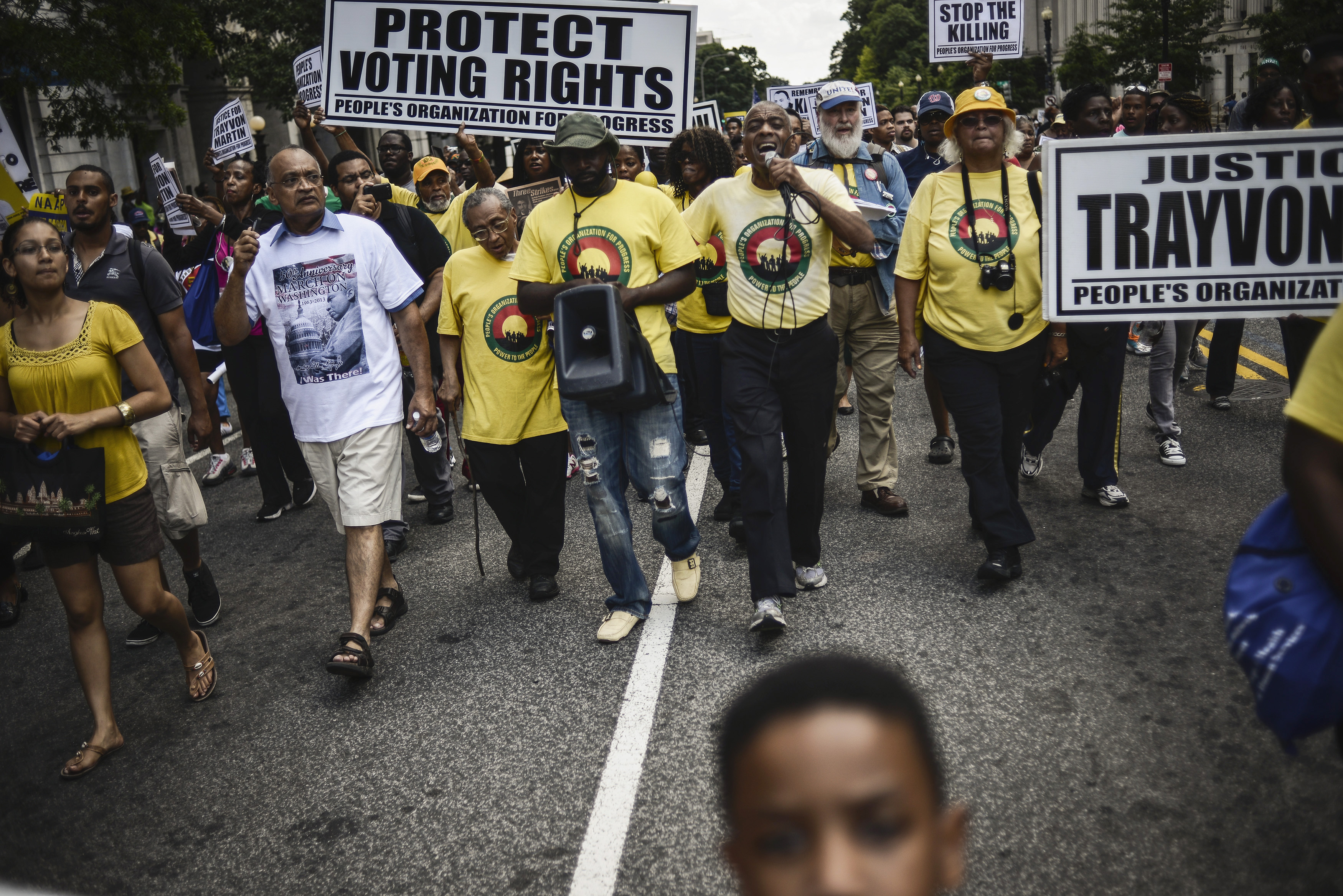 Two days ago, on KCRW’s To The Point, I was asked why so few Republicans are supporting a new fix for the Voting Rights Act when the 2006 reauthorization of the VRA passed with overwhelming GOP support, 390-33 in the House and 98-0 in the Senate. I answered that the Republican Party is considerably more conservative than it was just eight years ago and significant elements of the party are actively committed to making it harder for people to vote.

Eric Cantor’s primary defeat last night offers a good explanation for why so many Republicans are no longer willing to back efforts to protect voting rights.

After the Supreme Court’s decision invalidating a key section of the VRA last year, Cantor vowed to “find a responsible path forward that ensures that the sacred obligation of voting in this country remains protected.” He was the only member of the GOP leadership to take such a position. Supporters of the Voting Rights Amendment Act of 2014 were counting on his support (even though he remained noncommittal to date).

The bill was written specifically with Cantor in mind, watered down on the key issue of voter ID to attract GOP support. I was told recently from a well-placed Capitol Hill source that Cantor planned to eventually announce his support for the bill, but was waiting for the right strategic moment. Now it’s unlikely he will be in Congress in 2014 and even more unlikely the legislation can get through the House without him.

In the run-up to the primary, Tea Party groups like True the Vote attacked Cantor for indicating a willingness to potentially support the bill (even equivocation is now a sin!). “Over the past several months we have observed an alarming ambiguity in your position,” six conservative groups wrote to Cantor earlier this week, requesting a meeting to stress their opposition to the VRA bill. The signees included former Reagan attorney general Ed Meese. “This bill will fundamentally and intentionally change American elections into race-reliant battleﬁelds.”

“Virginians, vote in your Primary today, then ask Rep. Cantor to protect ALL Americans’ votes and stop #HR3899,” True the Vote tweeted yesterday.

There's no evidence that Cantor's position on the VRA, or lack thereof, played a role in his defeat. To my knowledge, the issue was never addressed by either Cantor or his opponent Dave Brat during the primary campaign. (Immigration seemed to be the key issue.) But my sense is that Cantor did not announce his support for VRA legislation because he was worried, like on so many issues, about the reaction from the right. The flak he caught from conservatives shows how far to the right many Republicans have moved on voting rights. Eight years ago, nearly every Republican member of Congress supported a strong twenty-five-year extension of the VRA. Now few Republicans are willing to support a modest VRA fix.

Just look at what happened a month ago, when Rand Paul was bitterly attacked on the right for suggesting that Republicans downplay their support for voter ID laws. Paul quickly backtracked after upsetting Fox News and related audiences.

For many years, there was a bipartisan consensus in Congress in favor of voting rights. That fell apart after Obama’s election. The reaction on the right to even tepid pro–voting rights statements by Cantor and Paul suggests that other prominent Republicans will continue to support restricting voting rights rather than backing efforts to expand the franchise.