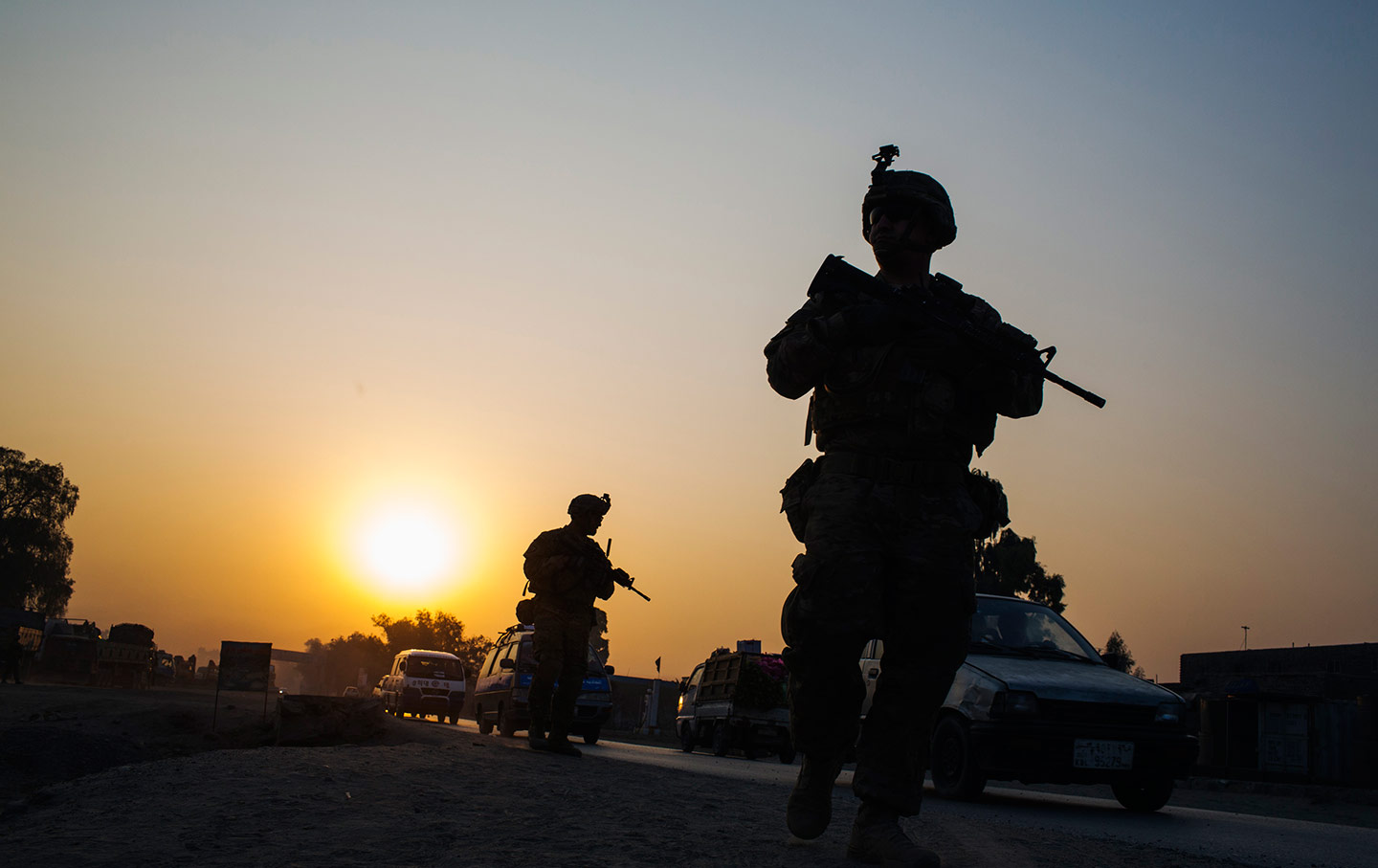 US soldiers from Grim Company of the 3rd Cavalry Regiment walk down the street near an Afghan police checkpoint, 2014. (Reuters / Lucas Jackson)

Sunday, October 7, 2001, marked the beginning of Operation Enduring Freedom, which, in a nationally televised address, President George W. Bush said was “designed to disrupt the use of Afghanistan as a terrorist base of operations, and to attack the military capability of the Taliban regime.”

Seventeen years have passed since that Sunday afternoon, when Bush predicted the United States would “win this conflict by the patient accumulation of successes, by meeting a series of challenges with determination and will and purpose.” He concluded his brief remarks to a still-shaken nation by promising that “we will not waver; we will not tire; we will not falter; and we will not fail.”

But the reality turned out rather differently. Initial successes on the battlefield were followed by quagmire and an occupation for which the United States proved spectacularly ill-suited.

As the scholar and Army veteran Andrew Bacevich presciently warned at the time, Bush’s quest for “enduring freedom” would end up “where the pursuit of absolutes always [have] in international relations: toward permanent war waged on behalf of permeant peace.” 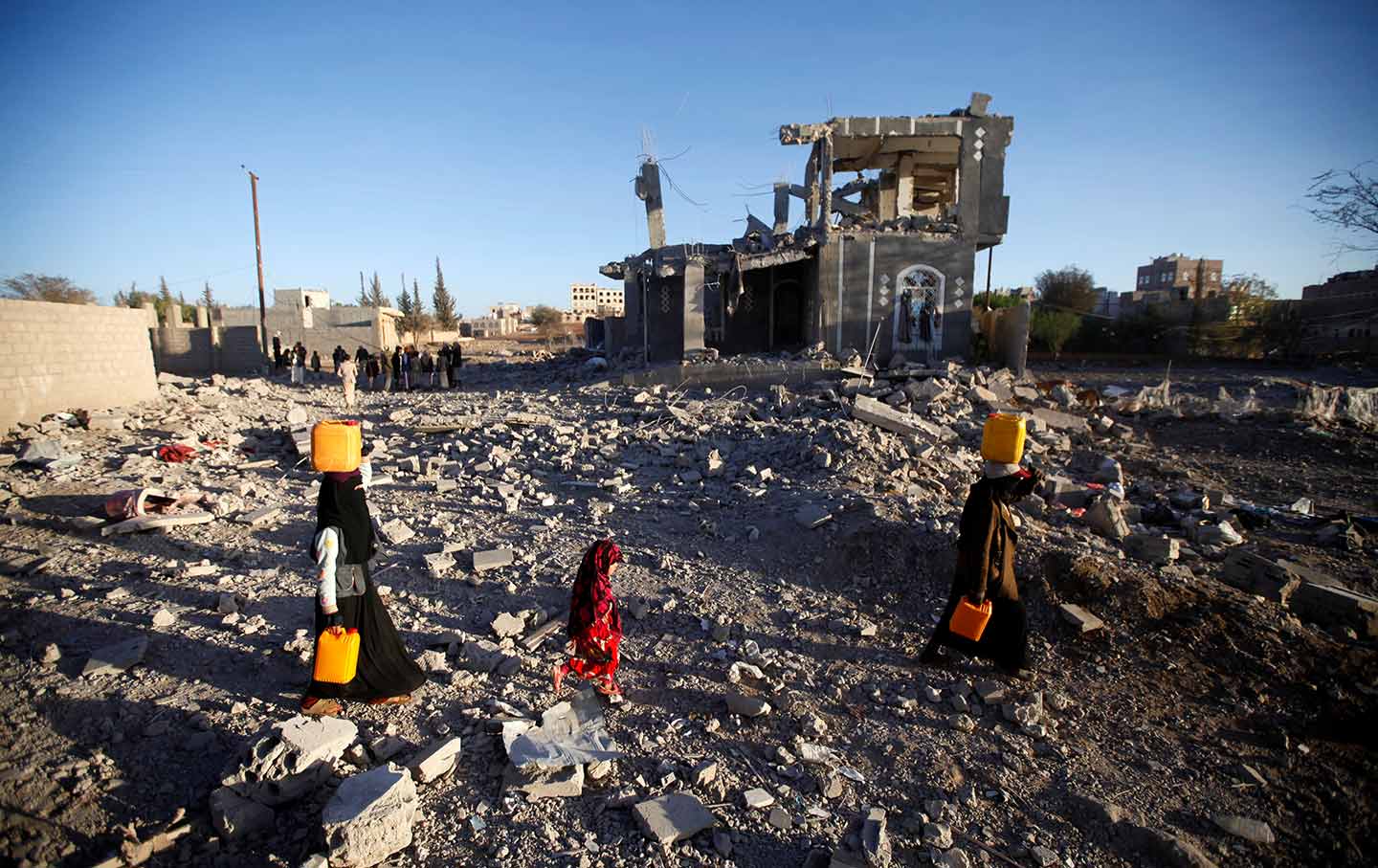 The forever war in Afghanistan has spanned three administrations.

Under Bush, the mission to find Osama bin Laden and hold the Taliban to account for providing Al Qaeda safe haven transmogrified into a project of democracy promotion, nation-building, and regional transformation. According to Bush National Security Adviser Condoleezza Rice, nothing less than the “transformation of the Middle East” was required to thwart the “ideologies of hatred that lead men to fly airplanes into buildings in New York and Washington.”

In 2008 Barack Obama campaigned on a promise to “make the fight against al Qaeda and the Taliban the top priority that it should be.” For Obama, Afghanistan was the good war, “a war that we have to win.” By the middle of 2010 the US had nearly 100,000 troops in Afghanistan. The result was not victory, but rather an increase in green-on-blue attacks (whereby Afghans ostensibly serving under the coalition attack and kill US and coalition forces). Eventually, more US soldiers died in Afghanistan under Obama’s watch than under Bush’s.

And while the Obama administration deserves credit for finding and killing bin Laden in May 2011, the demise of the terror mastermind did not spur the administration to declare victory and end the war effort. Instead, in December 2014, the Pentagon declared the end of major combat operations in Afghanistan and renamed Operation Enduring Freedom. Operation Freedom’s Sentinel, its replacement, was billed as a counterterrorism and training mission (Operation Resolute Support was the name given to the mission’s NATO component).

By the end of Obama’s term, the price tag of the war had risen to more than $850 billion with nearly 2,400 US soldiers lost. By some estimates the Taliban are currently active in nearly 70 percent of the country.

Yet if Obama’s decision to ramp up and prolong the forever war served little purpose, Trump’s conduct of the war may prove to be even worse. Last year the Air Force Times reported that US forces dropped more bombs on Afghanistan in April 2017 than during any month since 2012. Recently, the UN Assistance Mission in Afghanistan recorded “a 52 per cent increase in civilian casualties from aerial attacks compared to the same period in 2017.” And Trump has given Defense Secretary James Mattis the authority to send in even more troops to augment the roughly 13,000 coalition forces that remain on the ground.

Meanwhile, Trump is said to be considering a plan by the mercenary Erik Prince to privatize (and hence profit from) the war. Prince has close ties to the administration. Education Secretary Betsy DeVos is his sister and Prince’s pre-inaugural meeting with a Russian fund manager have reportedly attracted the attention of special counsel Robert Mueller. According to his own estimate, Prince’s plan would cost taxpayers $5 billion a year.

Yet no less a figure than four-star Gen. John W. Nicholson, the longest-serving commander of US and NATO forces in Afghanistan, believes it is time to wrap up the forever war. As he stepped down from his command this past September, Nicholson flatly declared, “It is time for this war in Afghanistan to end.”

For 17 years, US servicemen and women have been bogged down in a wondrously corrupt and unstable country, 7,000 miles from these shores. It is time for President Trump to put those Americans first and bring them home.

Blooomberg Is Too Rich for His Own Good