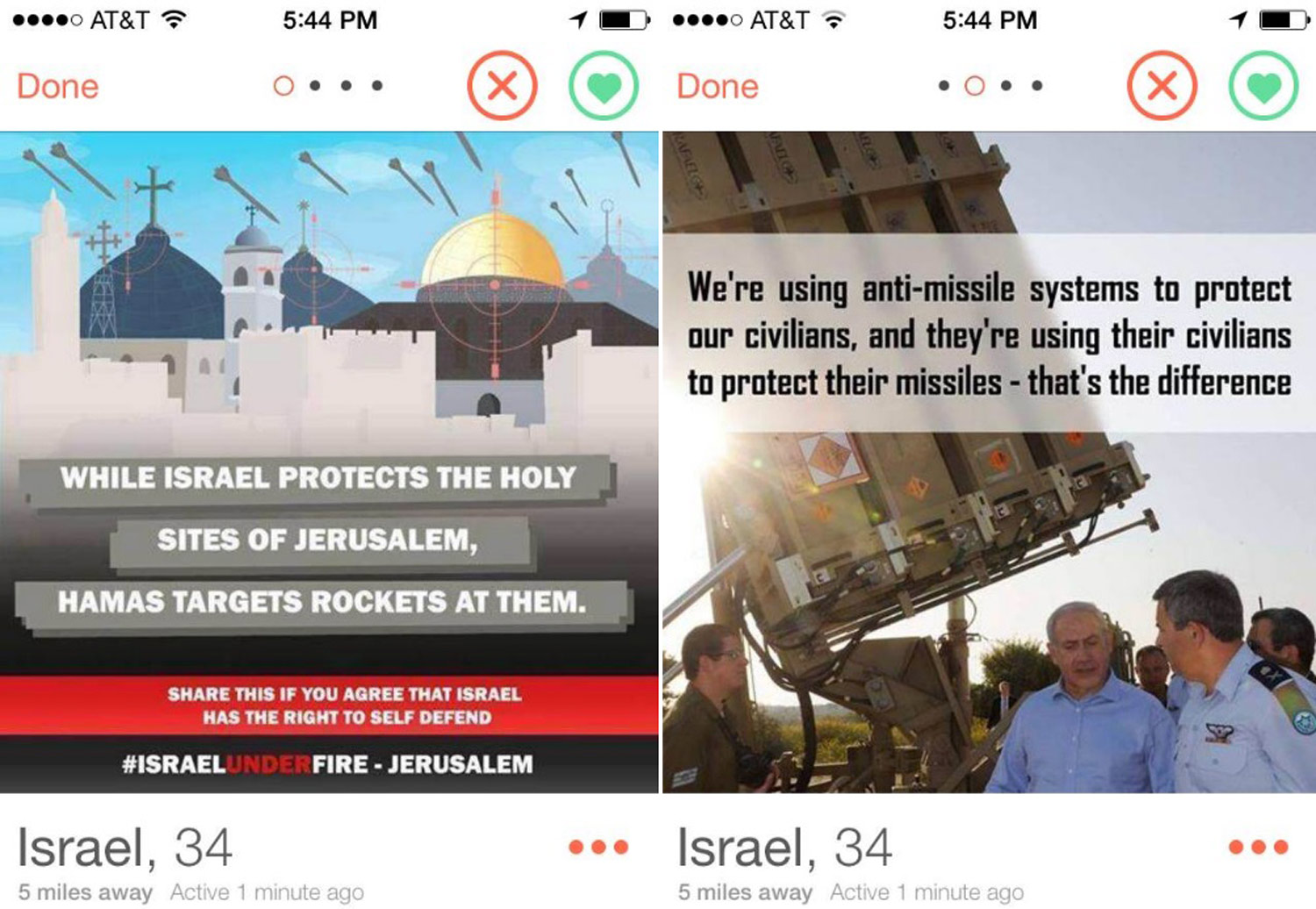 “Operation Protective Edge,” Israel’s self-named “defensive” operation in Gaza, is killing a lot of Palestinians in response to rocket fire from Gaza. The United Nations Relief and Works Agency in Gaza puts the latest casualty toll at 174 killed Palestinians and over 1,100 wounded. The UNRWA commissioner general in Gaza told The New York Times, “Women and children make up a sizable number of victims of the current strikes.” As of yet, no Israelis have been killed during the latest Gaza offensive.

One hundred and seventy-four to zero is a tough ratio to explain. Especially for an operation that Israel claims is being taken in self-defense against terrorists in Gaza. But the Israeli Prime Minister’s office may have found an answer to this minor public-diplomacy challenge: Tinder, a popular online smartphone dating/hookup app.

A friend who uses Tinder logged on yesterday and was swiping through profiles when he came upon “Israel,” age “34” (?!). Israel said it (he? she?) was five miles away, but seemed to have one thing on its mind: sharing images justifying Israel’s bombing campaign of Gaza. The images are simple and contain short phrases like, “We’re using anti-missile systems to protect our civilians, and they’re using their civilians to protect their missiles – that’s the difference,” and, “While Israel protects the holy sites of Jerusalem, Hamas targets rockets at them.”

One of the images advises viewers to visit #IsraelUnderFire, a Facebook site full of Israeli Defense Forces meme-style images. Several of the images on the Tinder profile had been posted on #IsraelUnderFire. The administrator for the page is Yair Eddie Fraiman, “Director of Interactive Media & Public Diplomacy at Office of the Prime Minister of Israel,” according to his LinkedIn profile.