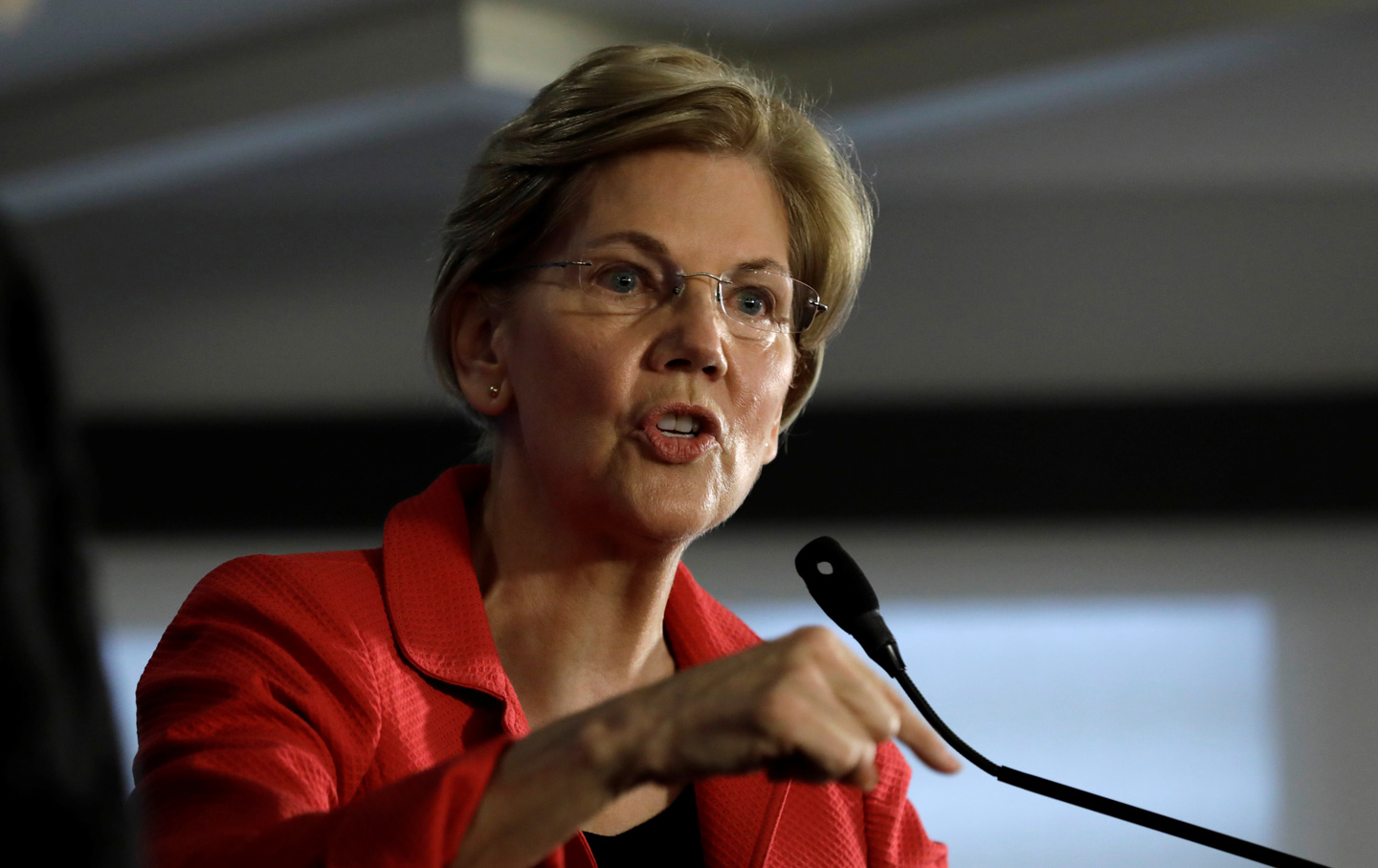 Three things are true about Elizabeth Warren’s five-minute video debunking Donald Trump’s claim that she’s lying about her Native American roots. First, it’s a terrific introduction to her family history. Second, it won’t change any Republican minds. And third, that doesn’t matter. It’s aimed squarely at Democrats and the media—and yes, it’s an early salvo in what will certainly be a crowded Democratic presidential primary.

I’ve sworn I would ignore 2020 politics until after the 2018 midterms, and that I will resist endorsing a Democrat as long as is humanly (for me) possible. With this piece, I’m breaking the first promise, but not the second. Yes, please, pay way more attention to this November’s races, up and down your local ballot, than you do to parsing a geneticist’s assertion that Warren’s DNA sample provides “strong evidence of Native American ancestry.” And no, I’m not endorsing Warren by saying this is a great and moving video. There are a lot of fantastic progressive Democrats likely to run for president. We can talk about that later. We most certainly will.

But what matters today, on the eve of these all-important midterms, is that Warren is showing Democrats—and the media—that she knows how to fight. She won’t let Trump define her as either a faux Native American, an Ivy League elitist, or a liar.

The most powerful arguments in the video actually don’t come from Stanford geneticist Dr. Carlos Bustamente, a MacArthur “genius”-award grantee who consults to private genetics firms 23andMe, Ancestry, and Helix. They come from her Republican brothers, who defend their sister, and their mother, from Trump’s offensive racial slurs. “It’s a bunch of crap,” one says. Spending time with Warren’s extended family, we essentially meet her again, as a working-class Oklahoman, “on the ragged edge of the middle class,” as she puts it, with a strong sense of pride in her roots and her family story. Before the Republicans stooped to calling her “Pocahantas,” remember, they labeled her “Professor.” Back when she first ran in 2012, folksy Scott Brown assumed his red truck would let him run down the snooty lady law prof from Harvard. That miscalculation is part of why he’s the former senator from Massachusetts.

The video is also important because we get to see a roster of university administrators testify that Warren’s native ancestry didn’t factor into any of their hiring decisions, all the way from the University of Houston through Harvard Law School. The Boston Globe’s Annie Linsky proved that last month with this authoritative piece, for which she interviewed more than 100 individuals and examined Warren’s all of private personnel files from every university that hired her. That should have been the end of the story, but listening to these men flatly deny they either knew of Warren’s heritage or considered it in their hiring is powerful. “Elizabeth was revered as perhaps the best teacher on the faculty,” says Steven Burbank of UPenn Law.

Still, the testimony of Dr. Carlos Bustamante matters, because it shows that Warren is not merely a white Oklahoman who appropriated some native heritage, either as a way to diversify her pale family history or appropriate a culture. She doesn’t exaggerate that heritage—Bustamante’s evidence indicates she had a native ancestor somewhere between six and 10 generations ago, and Warren acknowledges in the video that only Native American tribes can determine official membership. “I’m not enrolled in a tribe, and only tribes determine tribal citizenship,” she says. “I understand and respect that distinction.” But it helps that she’s found at least some genetic basis for the claim, even if the bulk of her identity comes from her family story, which other family members attest to: Her mother had native heritage, and her father’s family was so upset by that fact that the couple had to elope to get married.

It won’t satisfy everybody—not even on the left. Some still criticize her decision to publicly identify as Native American, given such a small genetic claim to that identity. In the late 1980s, in the Association of American Law Schools’ annual directory, she admits, she began listing herself as a minority law professor (though there’s no evidence subsequent employers considered her a minority; Harvard officials even had to publicly defend hiring a “white” faculty member when they took on Warren). In an interview earlier this year with the Linskey, Warren explains that she started caring more about her distant native heritage in the late 1980s, as her aunts died, and her mother and her mother’s closest sister began focusing more on their native roots. “The two women in my life who have always been my guides through the world began to focus even more on the past,” Warren told the Globe.

Naturally, Republicans are already mocking Warren’s efforts to rebut Trump’s racist mockery. Kellyanne Conway dismissed it as “junk science,” while The Daily Caller claims the tests show Warren has less native ancestry than the “average” American, citing the widely criticized Genetic Literacy Project, best known for arguing against labeling genetically modified foods. For his part, Trump is denying that he ever offered $1 million, to a charity of Warren’s choice, if she took a DNA test. She has already asked that he send the money to the National Indigenous Women’s Resource Center. Of course, cable networks are replaying Trump’s July promise regularly, but we are so accustomed to Trump’s lies, they’re not being covered as an outrage.

But Trump and the GOP aren’t the target audience for Warren’s video and her genetic disclosures. She is trying to force the media to give up “both sides” coverage pretending there’s any merit to Trump’s claims. Good luck with that. More significantly, and probably with more success, she is letting Democrats know she has an answer for Trump’s slurs and his lies. If she runs in 2020, she won’t be bogged down by debating this; she has her receipts. From John Kerry’s hesitation to answer slurs of his Vietnam War heroism to Hillary Clinton’s halting response to revelations that she used a private server for State Department e-mails, recent Democratic candidates have suffered because they doubted the potency of Republican attacks. Early on, Warren did the same with this one, refusing to dignify either Scott Brown or Trump’s attacks by marshaling evidence to prove that they’re the ones who are lying.

Clearly, she decided that approach was not working. “This is the kind of public servant I want to be—transparent,” Warren told Linskey when she released her university personnel files over the summer. “I just, I’m ready for it all to be out there.”

It’s out there. Republicans will pretend they don’t care. But Democrats have to be relieved. Warren is not only a fighter; this video reminds us she’s a Democrat with a moving family story who can rightly lay claim to working-class roots, and who can trace her progressive political message to the lessons she learned from her family struggles. The party may have other candidates who can do the same in 2020, but Warren just proved she can do so with a powerful emotional punch.