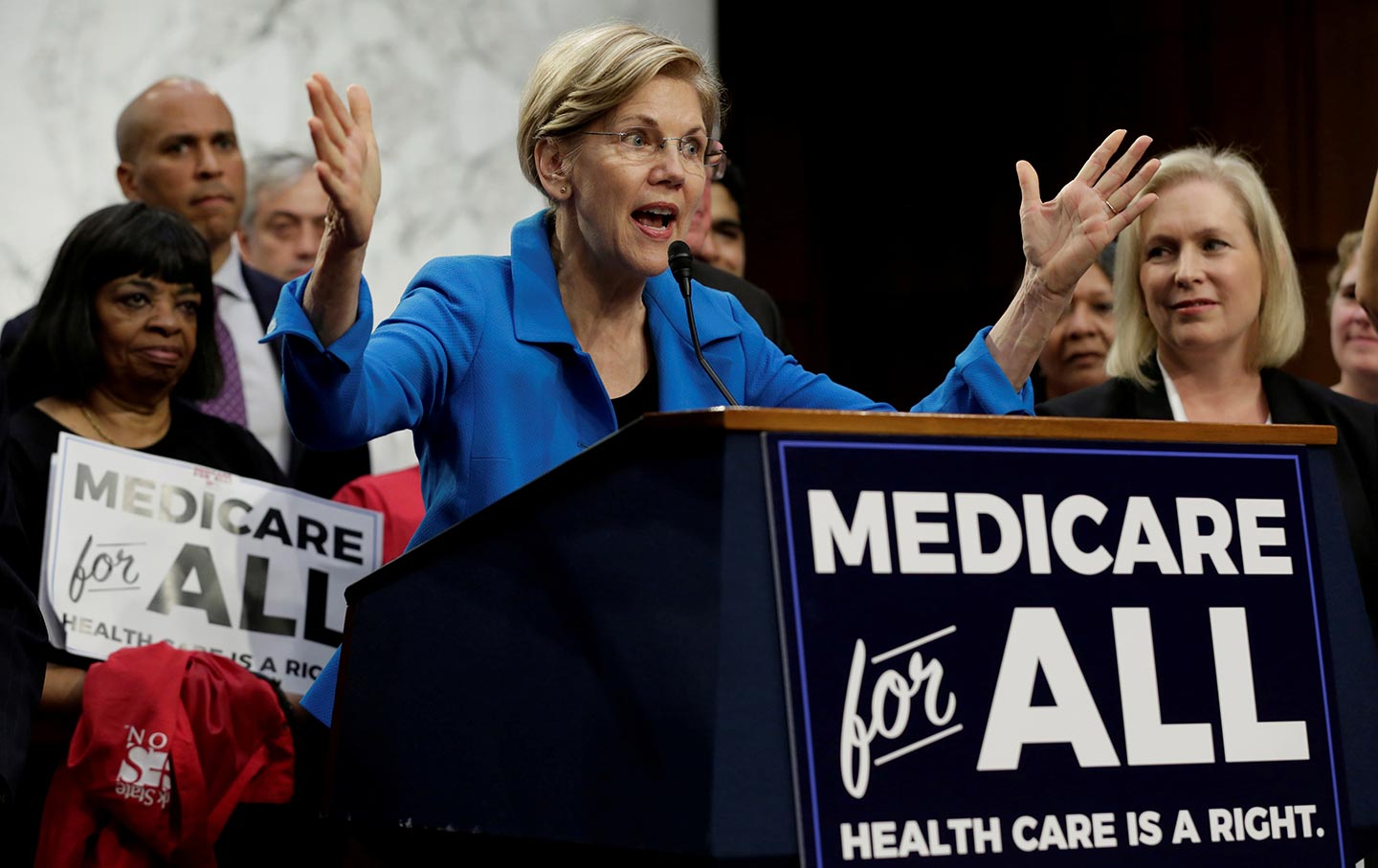 Senator Elizabeth Warren speaks during an event to introduce the “Medicare for All Act of 2017” on Capitol Hill. (Yuri Gripas / Reutera)

Senator Elizabeth Warren has made disability policy central to her campaign for the presidency. Her disability policy plan, released last week, spans everything from the shortage of accessible housing to Social Security reform to subminimum wage. It’s the most comprehensive plan yet, and it was received with enthusiasm by many in the community, myself included. This week, she took another meaningful step: directly engaging grassroots disability advocates in a Twitter town hall.

Warren is not the first candidate to make overtures to the disability rights community. President George H.W. Bush’s close friendship with Lex Friedan, one of the fathers of the Americans with Disabilities Act, shaped the advances in disability policy that occurred during his administration. President Barack Obama, making good on his promise to reach out to every possible constituency, had disability advisers during his 2008 primary run. Hillary Clinton had a robust relationship with the disability community in 2016. She put forward a number of well-developed policy plans developed in conjunction with community leaders, including a detailed autism plan.

But in the 2020 Democratic primary, almost every major candidate has put forward some sort of disability policy plan, albeit of varying quality. (The Sanders campaign will be releasing its plan in the coming weeks.) This is the first time that disability has become a mainstream campaign issue. Policy can be a life-or-death issue for those of us in the disability community. Social benefit programs keep many of us alive. In 2018, voter turnout among disabled people spiked by 8.5 percentage points, according to a report from Rutgers University, with 14.3 million disabled Americans voting. For a sense of how many that is, the number of disabled voters surpassed the number of Latino voters. One in four Americans have some form of disability.

In December, Julian Castro engaged the grassroots by hosting the first ever Twitter town hall on disability with Disability & Intersectionality Summit organizer Sandy Ho. Twitter town halls have a number of advantages over more traditional town halls for disabled people. Rebecca Cokley, who heads up the Center for American Progress’s Disability Justice Initiative, noted over e-mail, “it enables people who, due to their disability, may be unable (or find it difficult) to participate in mass scale public events.” People who have difficulty leaving their homes or who have difficulty handling noisy crowds can participate in questioning candidates, as well as hearing what they have to say.

Building on Castro’s innovation, Warren collaborated with popular disability Twitter chat #CripTheVote. #CripTheVote is a nonpartisan hashtag used by organizers to give disabled people a platform to discuss disability policy and politics. Founders Alice Wong, Andrew Pulrang, and Gregg Beratan have been hosting debate-watch parties and conversations on issues of importance to the disability community since 2015. The goals of #CripTheVote are to “deepen disabled people’s involvement in policy and politics, and to get candidates and elected officials to focus more attention on disability issues,” according to Pulrang. And in landing their first Twitter chat with a Democratic front-runner, it appears they’ve succeeded. What has been a well-known and well-loved institution within the disability community is starting to influence politics. 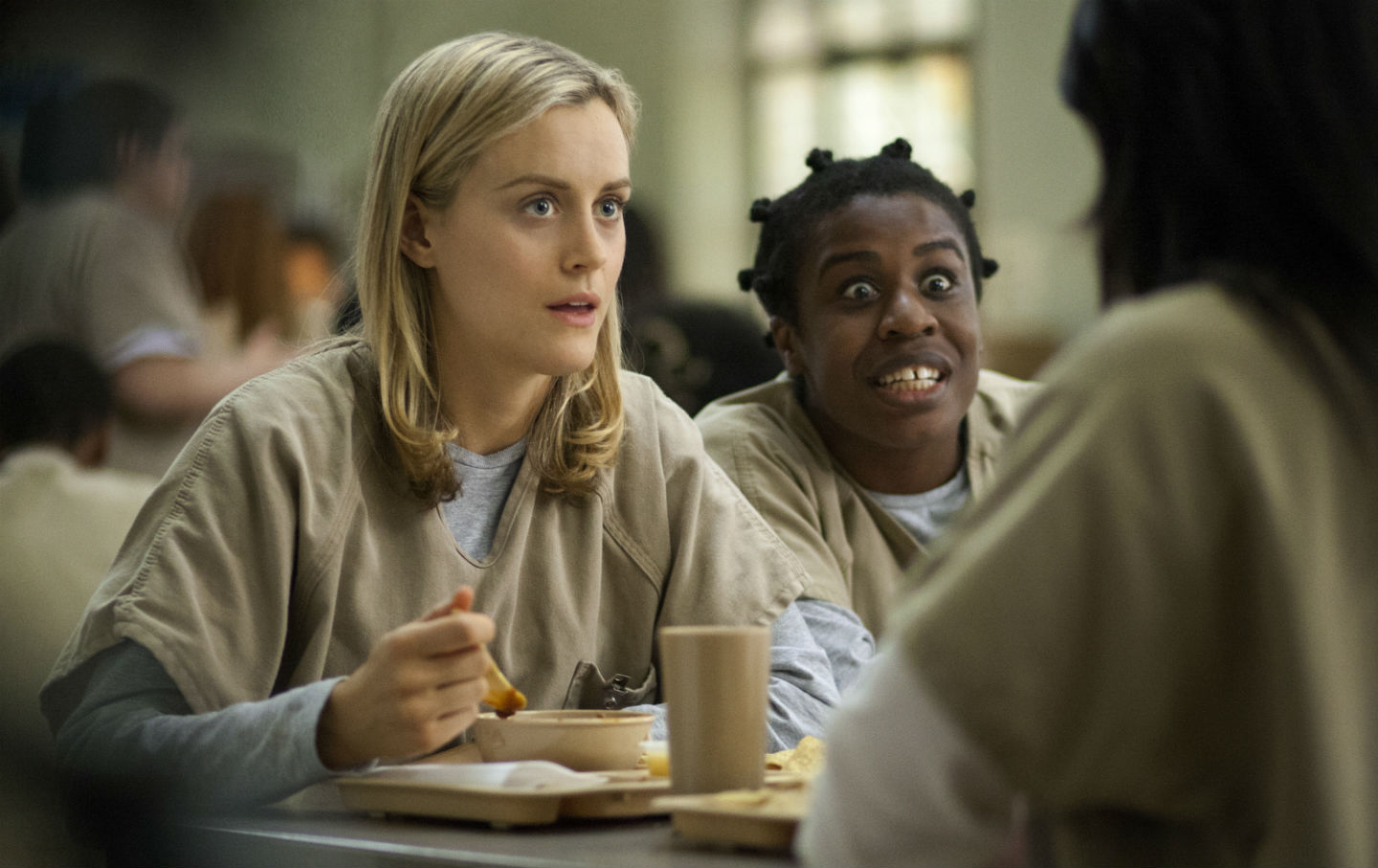 ‘Orange Is the New Black’ Is Dead Wrong About Disability

When asked about why it’s called #CripTheVote, Pulrang explained, “We wanted a hashtag that would get noticed, and have an extra spark of ironic pride and spirit to it. Something a bit more than just a carefully neutral, bland hashtag. ‘Crip’ is a reclaimed slur that some disabled people and disability activists have been using in an ironic pride way since the early 1960s.”

#CripTheVote has a standing, open invitation to host all candidates for Twitter chats. Warren was the first to take it up on the offer. According to Pulrang, future #CripTheVote chats with more candidates are already in the works. “This year it seems like candidates now see that there is a series of [disability] issues they must address, rather than just a series of lines or words they must remember to say,” Pulrang said. On Twitter, supporters of Mayor Pete Buttigieg and entrepreneur Andrew Yang expressed interest in future #CripTheVote chats.

In one particularly moving instance, she thanked disabled lawyer Matthew Cortland and his partner. “No one should be forced to choose between critical benefits and marrying the person they love,” Warren tweeted. Currently, if a couple gets married, their benefits are cut by 25 percent. SSI benefits are already low, so this puts marriage out of reach for many of the people who rely on the program to survive. This is a small, seemingly wonky detail with an outsized impact on the lives of many in the disability community. Cortland responded with a photo of himself brought to tears. “My partner and I are very much looking forward to a DC wedding when President Warren is in the White House,” Cortland told me.