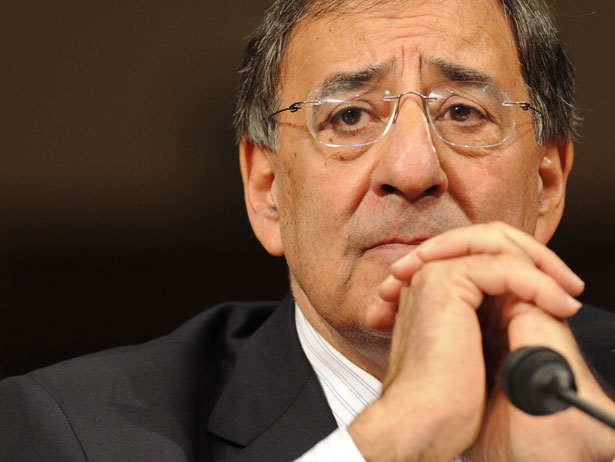 What’s fascinating about this gripe with Obama is how much it plays into a) the argument that Hillary Clinton made against him in the 2008 presidential primary and b) the argument Hillary Clinton will likely make when (sorry, if) she runs for president in 2016. That argument, in short: I have been there and done that. I know what it takes to move the levers of power in Washington—and I am willing to do whatever it takes to make them move.

In addition, Panetta’s criticisms mainly involve Obama’s reluctance to use military force—also a fault line between Clinton and Obama, particularly on the matter of arming the Syrian rebels.

But the Beltway press shouldn’t be afraid to explicitly ask if Panetta is serving as an agent of Clinton’s official-but-not-yet-official presidential campaign. It’s not just that his criticisms dovetail with Clinton’s and are no doubt politically convenient for her as she attempts to draw a difference with the Obama administration—there are explicit ties to the shadow Clinton campaign that should make this question fair game.

Panetta has taken up residence at Beacon Global Strategies, where he is a senior counselor. He has deep ties to the group’s leaders; Jeremy Bash, Beacon’s founder and managing director, was Panetta’s chief of staff at both the CIA and the Pentagon. Another founder and managing director is Philippe Reines—one of Hillary’s closest allies and someone widely understood to still be managing her public profile.

Reines helped found Beacon after years spent with Hillary. He joined her Senate office in 2002 and later moved to the State Department when she became secretary. He is Clinton’s “chief personal defender,” in the words of New York magazine, who reported in a profile earlier this year that in addition to running Beacon, Reines’s “second full-time job” is working for Hillary. When she decides to run, Reines will be part of the campaign. In many ways, he already is.

So Panetta’s very close ties to Clinton’s non-campaign campaign should naturally raise the question if he, too, is an explicit part of it.

Note that Panetta first made a splash with his tough criticisms of Obama during a September 21 interview with 60 Minutes, in which he blasted the president for not arming the Syrian opposition sooner. “I think that would’ve helped,” he said. “And I think in part, we pay the price for not doing that in what we see happening with ISIS.” The “paying the price” line made headlines around the country the next day.

That very same Sunday, Bill Clinton appeared on CNN—and made the exact same point, and made it clear that Panetta and his wife were on the same page. “I supported two years ago the proposal that Hillary and Secretary Panetta and then–CIA director General Petraeus made to give more robust armed support to the Syrians,” he told Fareed Zakaria.

With Reines managing Hillary’s public image, and Panetta and Bill Clinton making the same point on the same day, the question of coordination is unavoidable.

That’s not to say Panetta’s criticisms shouldn’t be considered on their merits, nor that there’s anything wrong with this coordination. But it’s crucial context in which to understand his position—that perhaps he’s not just a reluctant critic trying to call out policy failures, but also a political actor working for someone else’s electoral gain.