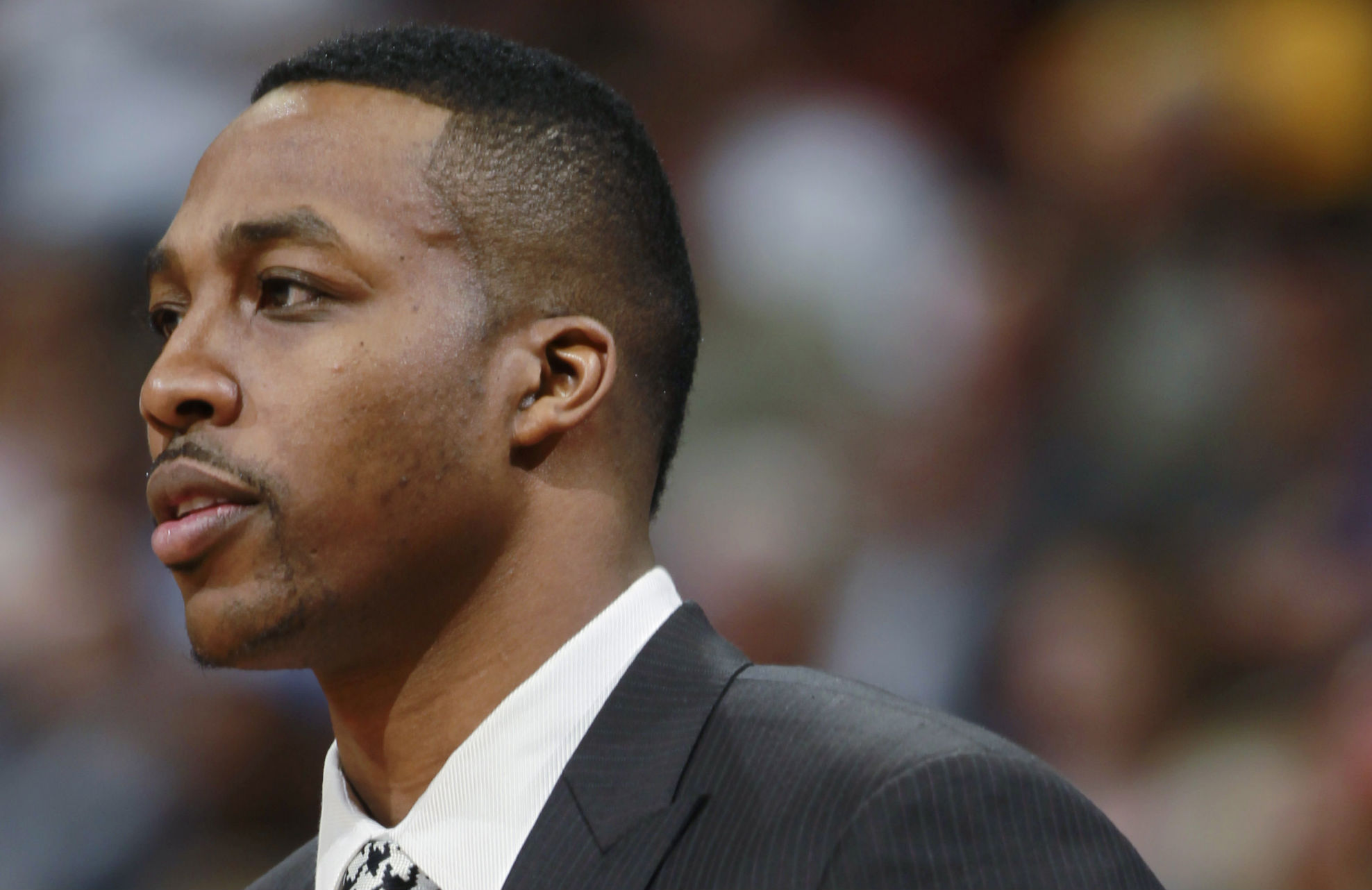 When LeBron James made the decision (as opposed to “THE DECISION”) to rejoin the Cleveland Cavaliers after four seasons in Miami, many commentators praised the social conscience that seemed to amplify his desire to return home. They said that by leaving the South Beach scene for North Eastern Ohio, James was admirably demonstrating aspirations to be more than an athlete, and a yearning to be something beyond a Jordanesque “brand”.

This week we learned that admiration has limitations, particularly if the concerns of an athlete extend to Palestinian children. NBA players Dwight Howard, Amar’e Stoudamire, and Metta World Peace all received a withering backlash for daring to tweet a desire to see an end to the casualties caused by Israel’s relentless bombing campaign of Gaza. Metta World Peace, in a full defensive posture, was reduced to tweeting, “I’m not taking sides, I’m saying stop the BS and love the children. How can you do arts and craft when bombs and guns going off[?]” Amar’e Stoudamire who is Jewish and even has funded an Israeli basketball camp, was pressured to delete an Instagram picture of an Israeli and Palestinian child arm in arm with the caption “Pray for Palestine.” Yes, even this was too much.

But I want to focus on the person who has received a backlash from every side of this equation, Dwight Howard. First Howard was slammed by the pro-Israel crowd for daring to tweet #freepalestine after being sent images of the carnage. Then he was crushed by those who stand with the Palestinian people for tweeting a near immediate retraction, calling him “Howard the Coward.”

Howard clearly had a very human gut reaction to seeing the horror being inflicted upon the people of Gaza, and then was contacted by someone: his agent/publicist/team owner who told him to get that shit down and apologize for it as soon as possible. For those who wanted Howard to grovel for daring to even muse that Palestine should be free, he did not disappoint, tweeting, “previous tweet was a mistake. I have never commented on international politics and never will” and then, “I apologize if I offended anyone with my previous tweet, it was a mistake!” This was not enough for Zionist Organization of America chief Morton Klein who told TMZ(!) that Howard “should be publicly condemned as strong as Donald Sterling was.”

Yes, this is hardly a profile in athletic courage. Yes, I understand why some, frustrated by the craven US media coverage of the shelling of Gaza, were enraged that Howard ran away from a basic statement of solidarity. Yes, I cannot quite grasp why Dwight Howard dismissed what is happening in Gaza as “international politics”, given the fact that his own country delivers $8 million of military aid to Israel every day.

In addition to all of this, I share people’s teeth-grinding frustration that Dwight Howard’s former Rockets teammate the Israeli-born Omri Casspi has felt no pressure to apologize, nor has he taken down his tweet that said, “600 missiles been fired from GAZA by Hamas in the last 4 days. NUMBERS DONT LIE. STOP LYING.”

In a sane world, Casspi would be roundly shamed—and not Twitter-shamed, but really shamed—for daring to say the words “numbers don’t lie” in relation to Israel-Palestine and not starting with the number of dead children in Gaza.

But I am actually not mad at Dwight Howard. I suppose I am not mad for the same reason that former NBA player Etan Thomas is not mad. Thomas has also been tweeting #freepalestine. I asked him for his thoughts about Howard and he said, “I see the fact that he tweeted anything at all as a step in the right direction. At least he did something and provoked conversation. That’s more than a lot of people are doing. Whether they deleted their texts or not respect to Amare Stoudemire, Dwight Howard and Metta World Peace for showing a social conscious.”

It’s a point well taken. If people are mad at Howard for actually saying and then deleting something, then where is our anger for those with a major platform who are choosing to say nothing? If anything, Howard performed a public service by demonstrating how Palestinian people are imprisoned not only by walls, barbed wire and checkpoints but also by Western hypocrisy. Here we have one of the most densely populated areas on earth, 1.7 million people, and half of them under the age of 16, being relentlessly bombed. At last count, the numbers are 1,500 wounded and 192 killed, including thirty-eight children. This is not a war in Gaza. This is a war crime. Everyone should be demanding that the targeting of civilians end. People should universally condemn scenes of Israelis going to the top of a hill and watching the bombing of Gaza like it is a night out at the theater or wearing neo-Nazi symbols at pro-war rallies in Tel Aviv. And yet, an athlete tweeting #freepalestine is smacked down with an immediacy that speaks to how desperate Israel and their backers in the United States are to keep them insulated from even a whiff of criticism. I am not mad at Dwight Howard. I want to thank him. I want to thank him for showing with utter clarity what few will say openly: that acknowledging the humanity of the Palestinian people comes with a price.