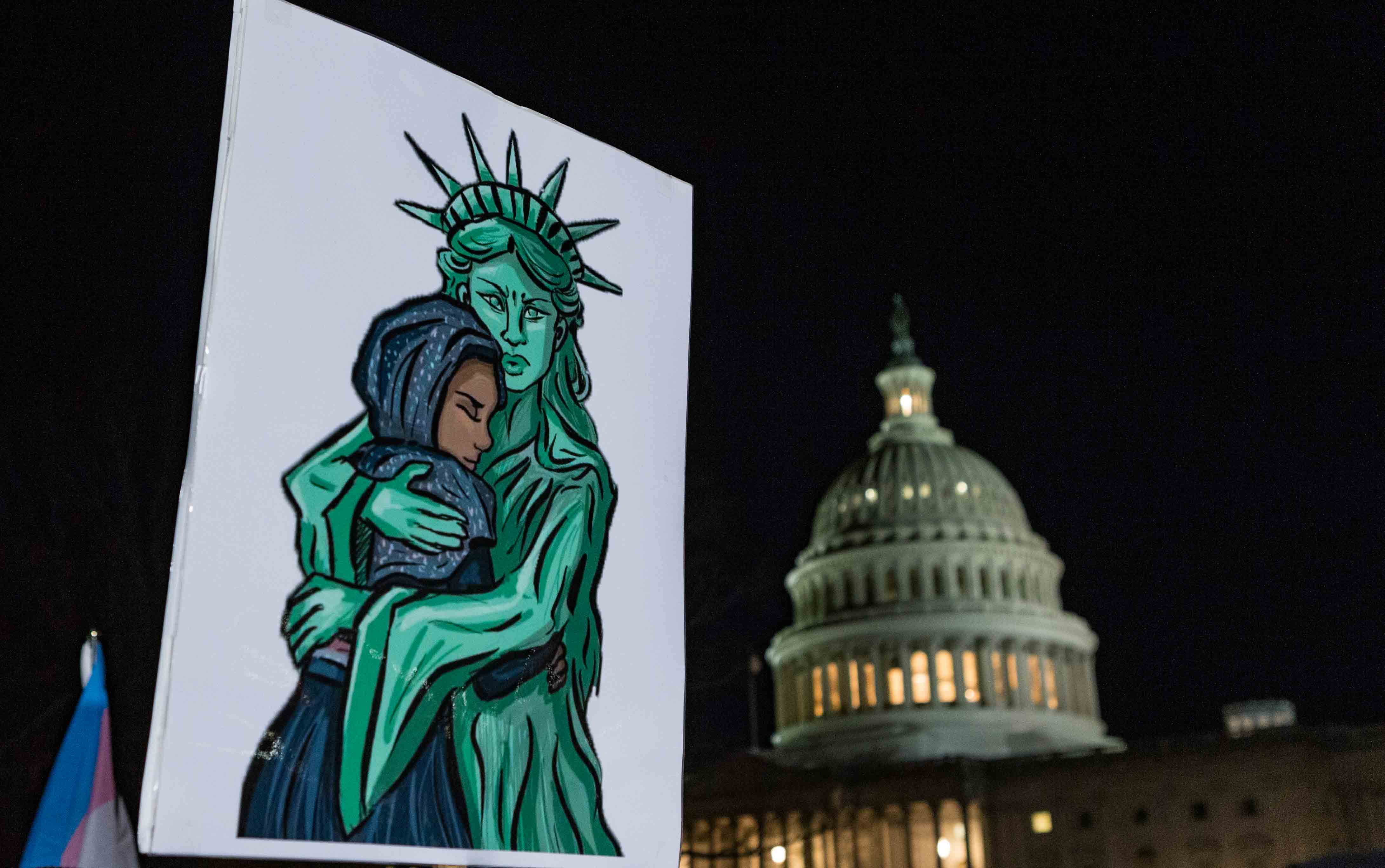 A demonstrator holds up a protest sign depicting the Statue of Liberty embracing an immigrant outside the United States Capitol as Congress tries to avoid a government shutdown in 2018. (Alex Edelman / picture-alliance / dpa / AP Images)

The government opens, concluding this brawl.
The fate of the Dreamers is tied to The Wall.
This offer by Trump is that he would arrange
What simply amounts to a hostage exchange.
The federal workers, about whom we’ve read,
Are freed, and the Dreamers are taken instead.