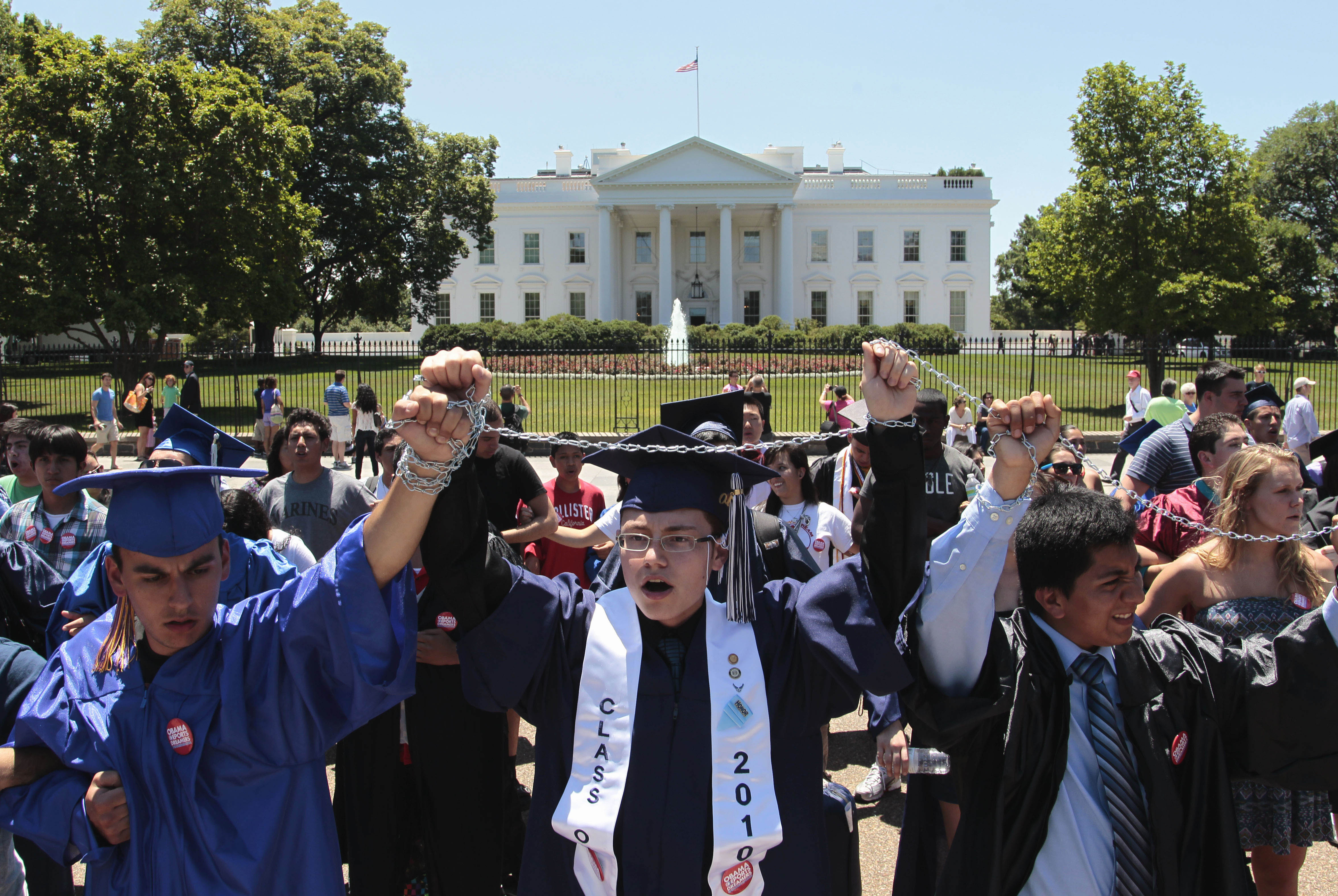 This piece originally appeared in Generation Progress and is reposted here with permission.

Amidst calls for Obama to end deportations and for Congress to pass comprehensive immigration reform, college access remains a prominent issue among immigrant rights activists. In the last six months, New Jersey, Washington, Florida and Virginia have granted in-state tuition to undocumented students.

The focus of these wins have focused on DREAMers seeking an undergraduate education. In addition to access into colleges and universities, student affairs professionals are proactively providing retention resources to support DREAMers through to graduation. Programs at Arizona State University and UC, Berkeley, for instance, address the needs of current undocumented students through direct service and broader campus education.

Currently, there are estimated to be about 13,000 undocumented students attending college. Hence, the movement for in-state tuition, financial aid and increased retention services is key for the success of those who are able to attend a college or university.

However, missing from the mainstream analysis on educational equity for DREAMers are the stories of those attending graduate school.

Recent stories of success include Sergio Garcia and Jirayut Lattivongskorn.

Garcia attends law school, but was initially denied admission to the California bar. After a six-year legal struggle, the California Supreme Court ruling in 2014 finally made it possible for Garcia to fully access the benefits of his degree.

Lattivongskorn will be the first undocumented student to attend the University of California, San Francisco for medical school. Graduate school offers opportunities for career advancement and greater financial earning over the lifetime. For many DREAMers who pursue higher education, empowering their communities is a key motivator.

For Sofia Campos, a UCLA alumna and currently a graduate student at the Massachusetts Institute of Technology, her motivation to pursue a master’s in urban planning stems from her community.

As an undergraduate, Campos, unable to drive, rode a bus two hours each way to and from class. This gave her the “opportunity to really and directly see the differences between my own neighborhood, which is a mostly Latino neighborhood, a low-income neighborhood, and neighborhoods that UCLA is surrounded by, like Bel Air and Melrose, which are really nice places. To just seeing the differences in resources and the community that lives there and the physical environment that surrounds them was really drastic. It just made me question, ‘Why is that?’ and ‘Why do these inequalities exist?’”

Fortunately for Campos, she had access to mentors and other undocumented students who had successfully navigated the graduate school application process. However, given the challenges that exist at the undergraduate level, graduate school may appear to be completely out of reach.

“Education is always a viable option,” Kaegy Pabulos said, former financial aid advisor at UC, Berkeley. “The main challenge lies in the fact that there are federal and state policies that limit student aid eligibility for undocumented students.”

“Some of the challenges for an undocumented student applying to graduate school, include the criteria that requires some students to have professional experience before and after the program,” Pabulos said. “However, there has also been a movement to challenge these requirements. For example, UC Irvine and UC, San Diego medical schools recently welcomed undocumented / DACA students to apply.”

Structural and resources issues lie at both the point of access, and within the university once undocumented students enter.