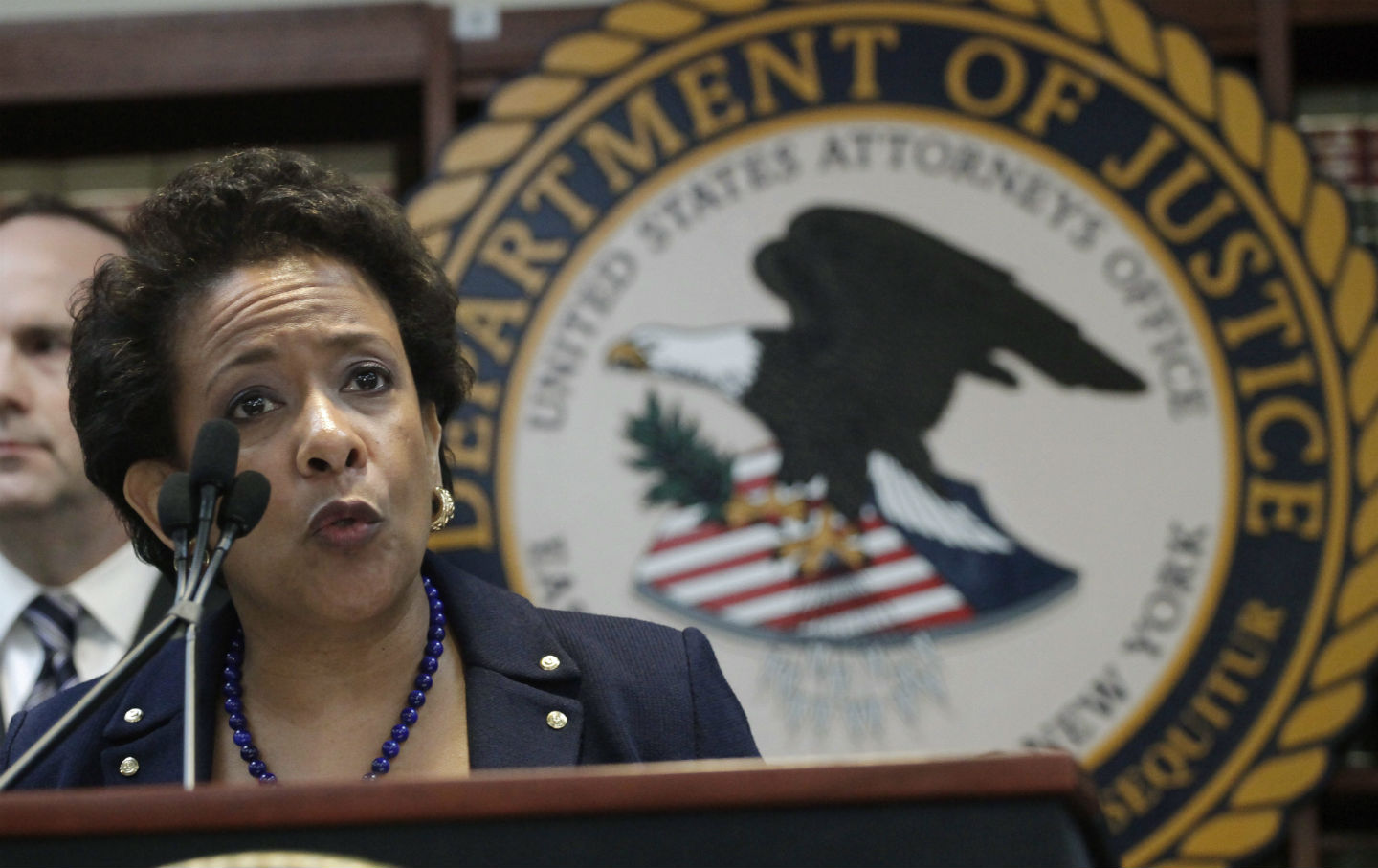 It has been called “the day that FIFA has long dreaded”: the day that decades of graft and a level of ostentatious excess that would make Caligula blush caught up with the international soccer body. Fourteen people, including nine top FIFA officials, have been arrested on corruption charges levied by the US Justice Department. Seven were taken into custody in a dramatic arrest by Swiss law enforcement at a luxury hotel in Zurich. As the late Uruguayan journalist Eduardo Galeano wrote two decades ago, “There are visible and invisible dictators. The power structure of world football is monarchical. It’s the most secret kingdom in the world.”

Well, the kingdom has been cracked open, and no one is sure what we will find out once all the deals have been cut and the whistleblowers have played their tunes. Make no mistake: We may look back upon today as the beginning of the end of FIFA as we know it. All of the 209 member representatives of FIFA had gathered in Zurich for their congress, which was expected to be “a boring affair,” where President Sepp Blatter would coast to re-election. Boring is the last word on anyone’s mind now.

The charges brought include money laundering, wire fraud, and international racketeering that alleges $150 million in bribes going back to the 1990s made by big sports-marketing honchos to get their brands associated with major soccer tournaments, but this will be just the tip of the iceberg. Here is what was said by US attorney general Loretta Lynch: “The indictment alleges corruption that is rampant, systemic and deep-rooted both abroad and here in the United States. It spans at least two generations of soccer officials who, as alleged, have abused their positions of trust to acquire millions of dollars in bribes and kickbacks.” (Lynch said the selection of the United States to host next year’s Copa América was facilitated by $110 million in bribes.)

For those wondering how the Justice Department was able to facilitate these arrests in Switzerland, it used a prosecutorial authority often present in international terror cases. As The New York Times described, “Those cases can hinge on the slightest connection to the United States, like the use of an American bank or Internet service provider Switzerland’s treaty with the United States is unusual in that it gives Swiss authorities the power to refuse extradition for tax crimes, but on matters of general criminal law, the Swiss have agreed to turn people over for prosecution in American courts.”

In this case, the US connection is CONCACAF, headquartered in the United States and, of FIFA’s six regional confederations, the one that includes North America. Described as “an organization clearly in crisis” by Lynch, they are as of now the central focus of the investigation. (This part is important for those following the possible FIFA vote on sanctioning or even expelling Israel for its practices related to detaining players and coaches in the Palestinian Football Association. It is impossible to tell the fate of that vote or any votes based upon the chaos produced by latest charges, but CONCACAF was viewed as Israel’s most reliable defenders in the FIFA body.)

The indictments however, will seek information well beyond the workings of CONCACAF and could be the string that, if pulled, will tear FIFA’s cashmere sweater to pieces. The indictment also makes mention of bribery related to the much-criticized awarding of the 2018 and 2022 World Cups to Russia and Qatar. The oil-rich fiefdom of Qatar has been under fire for its use of slave labor and a shocking pace of deaths of South Asian migrant workers, building new stadiums without adequate water or safety regulations. Russia has conducted its own damning internal audits related to its soccer leadership. Yet already, in a show of staggering arrogance, FIFA has issued a statement that no matter what the investigation roots out, there will be no revote on the 2018 and 2022 World Cup. The hubris would be gobsmacking if we hadn’t heard it so many times in the past: the statement of blithely unaware confidence by a dictator right before the fall.

And speaking of dictators, the one name not mentioned in the indictments was that of FIFA chief Sepp Blatter: the sexist and homophobic troglodyte who has turned FIFA into a multibillion-dollar engine of corruption. His absence amongst the accused was so stunning that The New York Times headline reads: “FIFA Officials Arrested on Corruption Charges; Blatter Isn’t Among Them.”

Blatter was due to be reelected in a cakewalk on Friday, his only challenger Prince Ali Bin Al-Hussain, a 39-year-old Jordanian royal. Blatter’s power comes from strong support via Africa, Asia, and Oceania, where he has leveraged reverence like a mafia don by cagily distributing “sport for development and peace” funds, and then been none too concerned where those funds happen to land.

Already FIFA has issued statements professing Blatter’s innocence and assuring the world that in an organization caked in filth, he somehow smells of sandalwood. Blatter still will likely be re-elected on Friday, which will only turn up the volume on how mockable the organization has become.

Transparency International, the campaigning NGO, wants Blatter to resign and the election to be delayed. Managing Director Cobus de Swardt said in a statement: “The warning signs for FIFA have been there for a long time. FIFA has refused to abide by many basic standards of good governance that would reduce the risk of corruption. These scandals have taken place under Sepp Blatter’s watch, which spans almost two decades. For the sake of the fans, and good governance of football, it is time for him to step down. The elections for president are not credible if they are tainted with these allegations by the highest prosecuting authorities.”

FIFA is paying for a culture that valorized dictatorship and excess while disregarding the concerns of people like the millions who took to Brazil’s streets in 2013. It was willing to be a neoliberal Trojan horse for the nations of the world, yet FIFA’s arrogance and perhaps its unwillingness to cut in the United States, which hasn’t hosted the cup since 1994, caught up with it.

For those who have concerns about the Justice Department’s attacking FIFA while corrupt bankers go free, not to mention Attorney General Lynch’s using the FIFA presser to defend FISA, I share those concerns greatly. Trusting this Justice Department to prosecute the wealthy and powerful is like trusting Fox News to tell the truth. But this is a case of FIFA shaking its behind and daring law officials to take a free kick, and they did.

I wrote this a year ago and I will say it again: “Soccer is still unquestionably the most popular sport on the planet. But a cloistered, corrupt society like FIFA cannot function in a WikiLeaks world. It is past time to abolish FIFA. It is like a gangrenous limb that requires amputation before the infection spreads and the beautiful game becomes decayed beyond all possible recognition. Soccer is worth saving. FIFA needs to take its ball and go home.” The sooner the better, for anyone who loves this game.