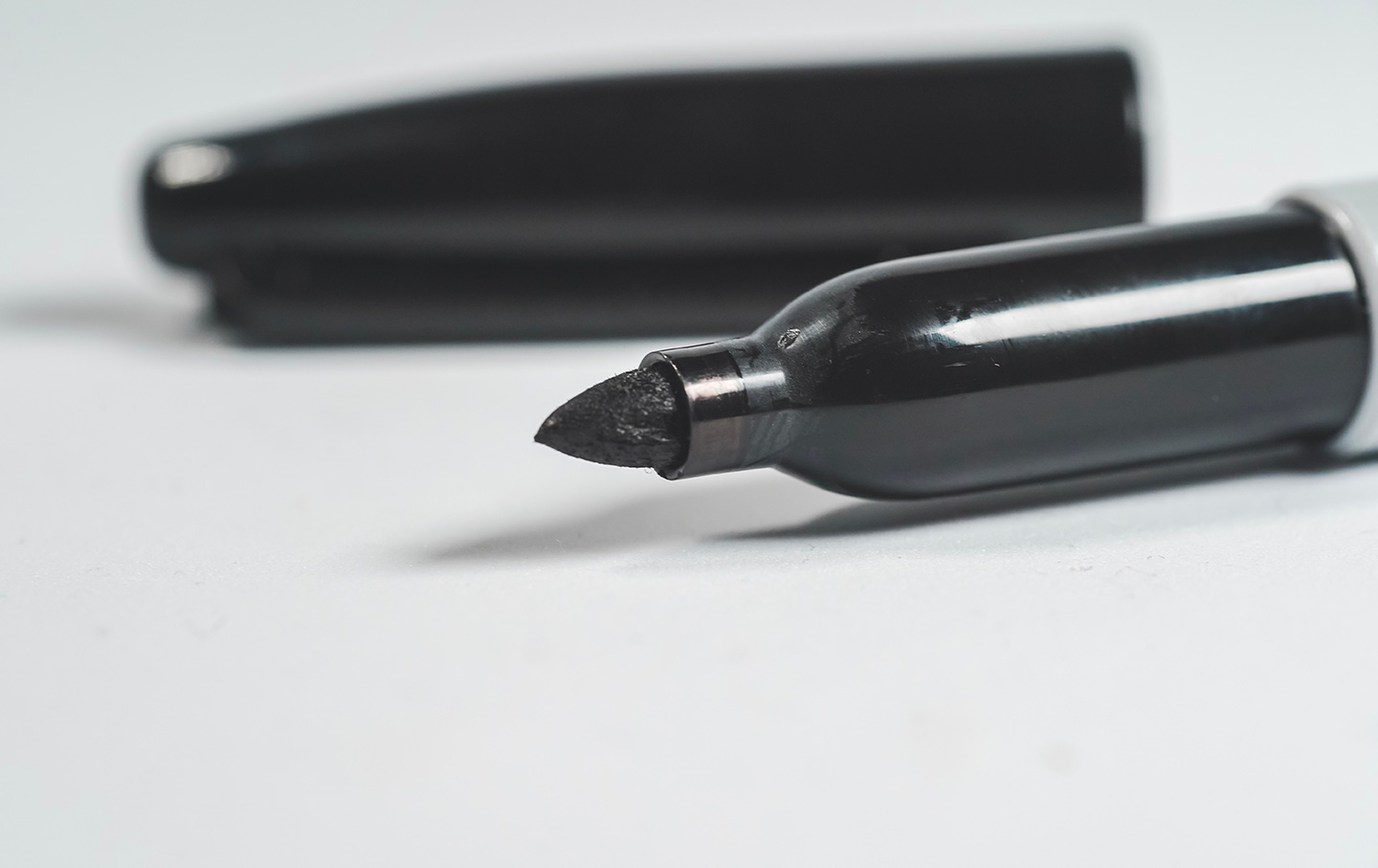 Mistaken on the path the storm might take,
Unable to acknowledge a mistake,
He got a map of Dorian, and then
He fixed it with his trusty Sharpie pen.

So, soon will he show pictures of his wall,
Which stretches now not many miles at all,
And, using this same strategy again,
Extend it with his trusty Sharpie pen?

Will he—for Kim, to whom he’s been attracted—
Show photos that have missiles all redacted?
With ink will he display Afghanistan
As if we’ve disappeared the Taliban?

Will he, this most duplicitous of men,
Now weaponize his trusty Sharpie pen?