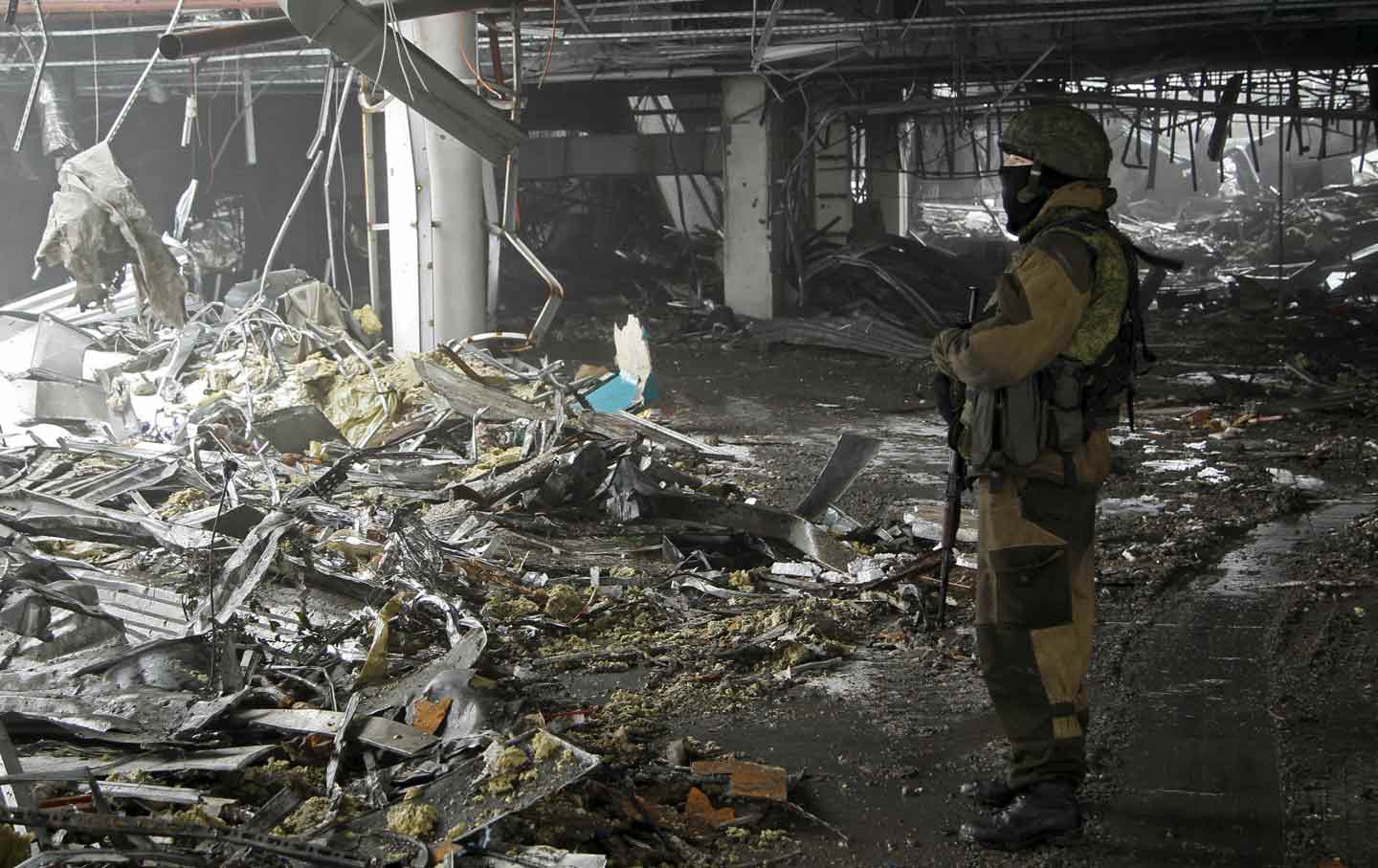 Another meeting of the Minsk II Contact Group is scheduled for April 6 in Belarus. The Contact Group consists of representatives from Ukraine, Russia, and the OSCE with the goal of “enhancing the implementation of the Minsk agreements of September 2014 and February 2015.”

While diplomatic efforts to staunch the bleeding in eastern Ukraine should be welcome, given that fighting continues along the line of contact and the death toll of the conflict is now north of 9,000, a realistic assessment of the meeting’s probable outcome would lead one toward a deeply pessimistic conclusion. The war is likely to grind on and on and on.

Why so? The narrative of Washington’s hearty band of new cold warriors places the blame for the ongoing conflict squarely on Russia. In their telling, Russia instigated the conflict back in the spring of 2014 and remains to this day the principal obstacle to a lasting peace. While there is no denying Russia’s role in the conflict—some estimate the ratio of Russian to separatist troops in the combined rebel republics as high as 1:3—the much vaunted “Russian-invasion” of Ukraine has, ironically, handed Kiev a perfect cover for its own failure to implement the Minsk protocol.

The corrupt ruling claque of oligarchs currently governing Ukraine simply has no motive to implement Minsk, because doing so would deprive them of their favorite excuse for the lack of progress on other fronts. They reason, “How can we possibly fight corruption and reform our institutions and provide for the displaced while we are fighting a Russian invasion?” As the crypto-Nazi vice speaker of the Verkhovna Rada put it to a roomful of slavishly devoted admirers in Washington recently, Ukraine is the only thing standing between Russia and Europe; better to fight them over there than over here. That reasoning should sound awfully familiar. Nevertheless, the Russian invasion provides Kiev’s oligarchs with a ready-made excuse for inaction, and it isn’t one they are about to give up anytime soon.

One might counter: Well, what about the war? Surely the cost of the conflict in terms of blood and treasure would serve as a sufficient motive for Kiev to act and implement Minsk? Perhaps, but Kiev’s war effort has been generously subsidized. The economist Michael Hudson describes the situation: “When IMF head Lagarde made the last loan to Ukraine, in spring 2015, she merely expressed a vapid token hope there might be peace…. President Poroshenko immediately announced that he would step up the civil war with the Russian-speaking population in the eastern Donbass region.” AS Hudson points out, the fact that IMF funding is going to the war effort is in direct violation of Article I of the IMF’s founding charter, which prohibits the Fund “from lending to a member state engaged in civil war or at war with another member state, or for military purposes in general.”

For its part the White House has boasted that since the overthrow of the Yanukovych government in February 2014 it has “committed $2 billion in loan guarantees and nearly $760 million in security, programmatic, and technical assistance to Ukraine.”

Moscow might want to consider depriving Kiev of the “Russian invasion” excuse, but it probably can’t. The Kremlin is in a bit of a bind: How can you withdraw troops (and, more to the point, get credit for withdrawing them from the international community) from a place you’ve repeatedly claimed you’ve never set foot?

Meanwhile, the divisions within Ukraine are deepening, when, intuitively, one would expect a coalescing in the face of a common enemy. And yet endemic corruption and a pronounced tendency among the governing elites to portray Russophone citizens as a fifth column have served to alienate the otherwise rather large numbers of pro-unity Russian speakers in the Donbass.

Serendipitously, the meeting of the Minsk contact group occurs the same day a (non-binding) referendum is being held in the Netherlands on the prospect of Ukraine’s eventual accession to the EU. Polls indicate that 75 percent of voters will give that prospect the thumbs-down. Optimists might be tempted to think that maybe the referendum’s resounding defeat will shake Kiev’s thieving elites to action. Yet, for the reasons stated above, to try to construe any optimistic scenarios regarding the Ukraine crisis is a fool’s errand.