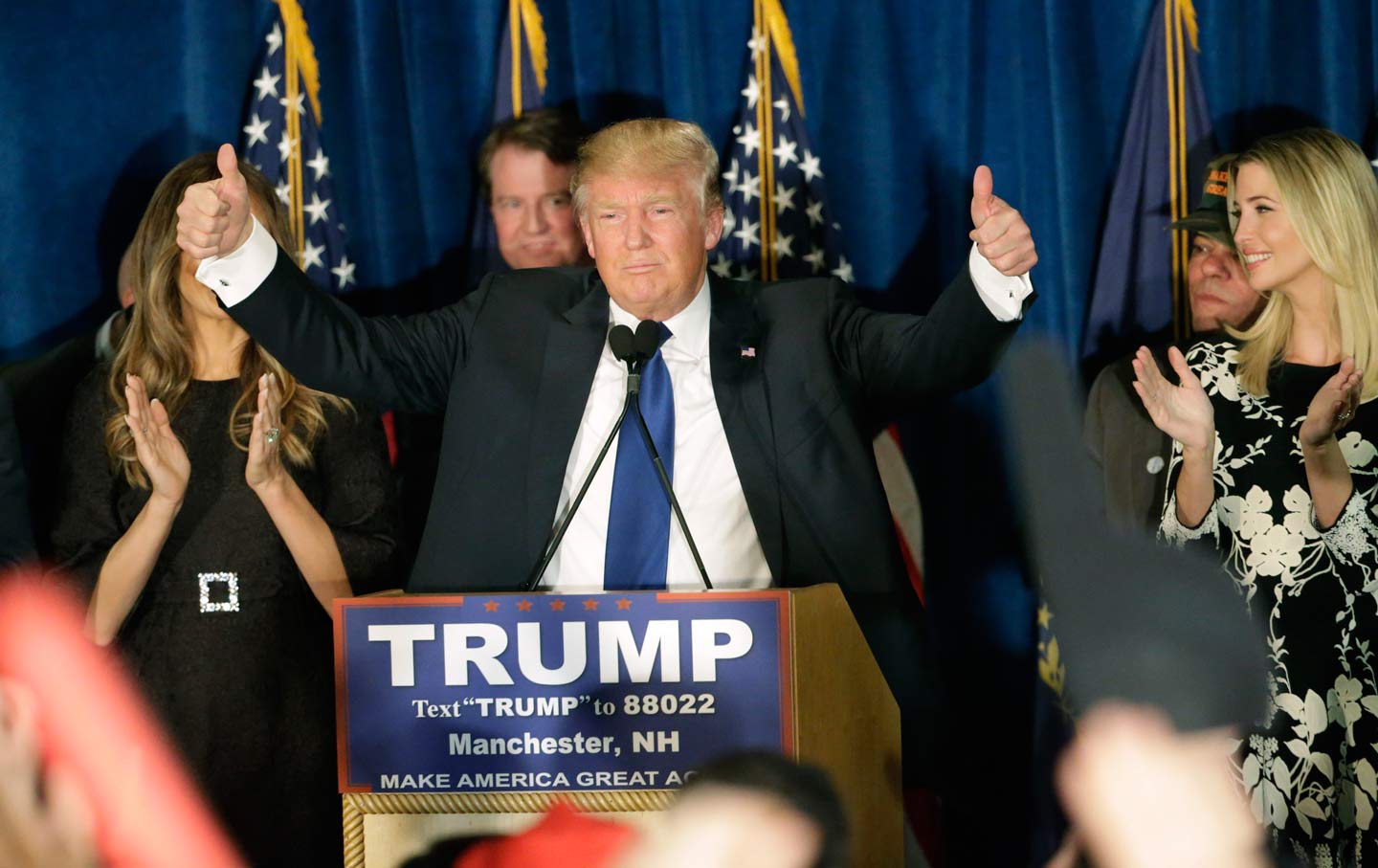 After all the good work that Joe Scarborough and Mika Brzezinski have done to help promote Donald Trump and make him palatable to the GOP, he had the audacity to thank them.

“You guys have been supporters, and I really appreciate it,” Trump said in a phone interview today on Morning Joe. Apparently remembering that they were not celebrants at his post-primary victory speech but journalists, he quickly added, “And not necessarily supporters but at least believers. You said there’s some potential there.”

This is not what anyone in the news media wants to hear, especially on live TV. Joe tried to make clear that they never did and never would endorse him, and he spread the responsibility around to the rest of his Morning Joe crew:

Scarborough: Well, I will tell you what, when you say “supported” you’re talking about how actually—you’re talking about Bob [MSNBC contributor Bob Costa, sitting with them], Mika, myself, also Halperin, Willie, and those of us around the table. There were a handful of people who for six months have been saying what happened last night could happen, and the rest of the media world has been mocking and ridiculing what he’s done.

Brzezinski: But let me clarify what supporters mean, Joe. This is kind of important. Because from the get-go, Donald and I have not agreed on things ever since we started talking about pageants on “Morning Joe,” so it’s not like Donald and I have the same worldview. You guys might in some ways. But we knew that he could do this from the get-go. So I think the sense is that we believed that his talents actually could follow through and translate into something, while everyone else underestimated him.

Joe later said in his defense, “I’m the only person who had hung up on Donald Trump on live television. And we’ve been critical of his approach towards Muslims, we said he went too far on John McCain.”

True, Joe did have the guts to once hang up on Trump, when the mogul wouldn’t shut up. But you could usually count on Morning Joe to not drill Trump deeply (not even as deeply as, say, Bill O’Reilly does). The Trump-MJ atmosphere on the set has generally been one of bonhomie, softball questions, and excuse-making. Joe and Mika have done similarly fawning interviews with the Koch brothers and the recently departed candidate Chris Christie. After they finally dared question Christie about Bridgegate in late 2014, the New Jersey governor shunned them. Then, anxious for exposure during his presidential run, Christie forgave the slight, and the MJ team was tamed.

Tommy Christopher of Mediaite put his finger on Joe and Mika’s “comical fit of defensive ‘clarification.’”

For the record, I believed Trump could win before anyone else did (for vastly different reasons), and yet have still managed to mock and ridicule what he has done. The two are not mutually exclusive. What’s stunning about their “defense” is that it ignores the degree to which their “belief” in Trump may have fueled his success. They’re certainly not alone in this regard, not even just at MSNBC, but at a certain point that was passed long ago, “analysis” crosses the line into promotion. They may not be Donald Trump “supporters” in the strictest sense of the word, but they are Trump promoters, and Morning Joe was an early adopter.

And let’s not forget that Morning Joe, as well as much of CNN, has been a beneficiary of Trump’s feud with Fox. If you create an enemy in the media, as Trump does daily, it’s good to have a few media friends to carry your message.

And Trump’s Fox tantrums may have played into Scarborough’s personal grudge against Megyn Kelly. When he visited her show in May 2014 to promote his book, she sassed him all over, telling him that, unlike a certain blonde female host, he couldn’t push her around so easily. “If you snap your fingers at me, you’d have eight fingers instead of 10,” she said, recalling the time Joe exploded at Mika on-air and literally snapped his fingers at her for calling him “a chauvinist.”

Now, if Kelly had accused him of putting those two fingers on the scale in Trump’s favor, that would have been really embarrassing.