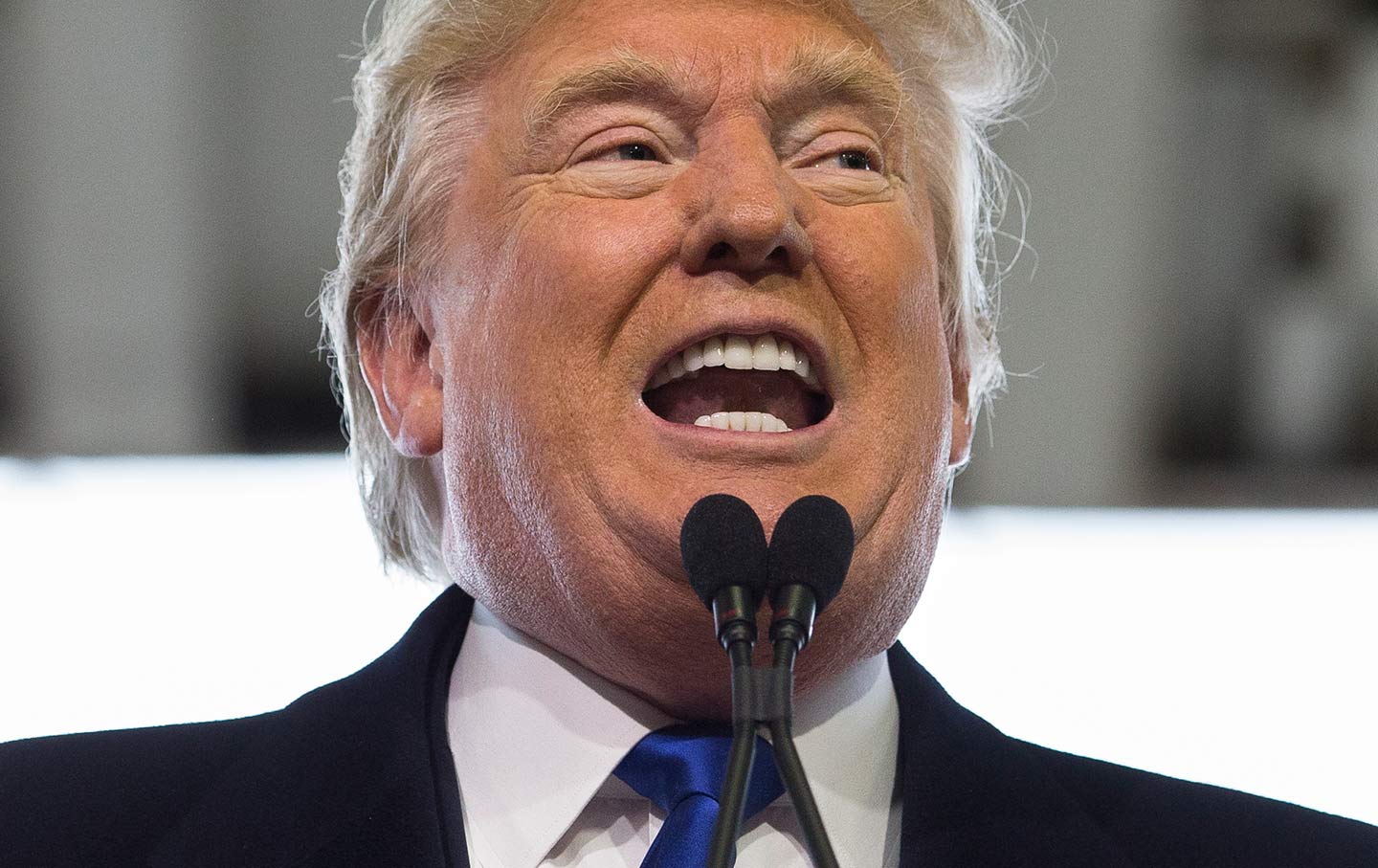 President Trump wants Americans to believe that “Steve Bannon has nothing to do with me or my presidency.”

That is a lie.

Trump’s rapidly degenerating presidency is the refuse of his sordid partnership with Bannon—a partnership that continued until the night, just weeks ago, when their campaign to make Roy Moore a US senator crashed and burned.

After virtually every prominent Republican in Washington and across the country had abandoned Moore, the disgraced Alabama jurist who stood accused of preying on teenage girls, Steve Bannon continued to back his Senate run. Then, as the December 12 election approached, something remarkable happened: Trump, the leader of the Republican Party, did the same.

The president aligned himself once more with the man he had named CEO of his presidential campaign, and then designated as the “chief strategist and senior counselor” through the critical first months of his presidency. Their alliance on behalf of the scandal-plagued Alabaman was so newsworthy that media outlets reported on it for days, with CBS announcing: “Trump and Bannon double down on support for Roy Moore.”

It is simply false for Trump to claim that “Steve had very little to do with our historic victory.”

As he had before Bannon formally joined his presidential-campaign team in the summer of 2016, Trump was still—by every evidence—taking cues from the divisive nationalist thinker and propagandist for months after the Breitbart News executive left the White House staff in August. When the Moore campaign was struggling following reports in November about the former judge’s predatory past, “Trump, who hadn’t weighed in, loomed as the ultimate determiner of the candidate’s fate,” noted Bloomberg News. “According to three people familiar with his actions, Bannon made calls to Trump and Nick Ayers, chief of staff to Vice President Mike Pence, urging them to withhold public comment and let the people of Alabama decide whether Moore belonged in the Senate.”

Even as the president’s daughter Ivanka Trump was saying “there’s a special place in hell for people who prey on children,” The Daily Beast reported that “According to two sources—one a White House official and the other a Republican source close to both the White House and Bannon—Bannon has spoken multiple times on the phone to President Trump since late last week. At least one of those calls was devoted to discouraging the president from rejecting or criticizing Moore in public statements.”

The president not only refrained from rejecting Moore, he joined Bannon in making a shameless appeal for the Alabaman’s election.

That was the latest—and perhaps final—example of how the Trump-Bannon partnership has operated.

For the better part of three years, Steve Bannon has framed Donald Trump’s politics, prodding the political newcomer to embrace the anti-immigrant and anti-Muslim stances of Breitbart’s alt-right community, serving as a very hands-on leader of the Republican nominee’s fall campaign, and then grabbing a place at the center of the new administration.

When Bannon took charge of the Trump campaign in August of 2016, along with pollster Kellyanne Conway, the candidate said he was bringing on “big people” to help him run what insiders referred to as a “gloves off” campaign against Democratic front-runner Hillary Clinton. “I’ve known both of them for a long time,” Trump said of Bannon and Conway. “They’re terrific people, they’re winners, they’re champs, and we need to win it.”

Trump aides referred to Bannon as standing at the “core” of the campaign. He encouraged the candidate’s pull-no-punches populism, crafted debate strategies, and steered the campaign toward the Midwestern battleground states that would provide a narrow Electoral College victory. Few who watched the Trump campaign’s visceral final television ad—which critics ripped as anti-Semitic—doubted Bannon had shaped the message.

Shortly after the election, Trump made it clear that Steve Bannon and Reince Priebus would share the leadership role traditionally performed by the chief of staff. Bannon allies such as Conway and Stephen Miller assumed key roles in the administration. And the president’s incendiary inaugural address, which Bannon and Miller were widely credited with penning, so closely tracked Bannon’s “America First” vision it prompted Newsweek to report: “Donald Trump Channels Steve Bannon in Inaugural Address.”

Celebrating his handiwork, Bannon told The Washington Post the speech was “an unvarnished declaration of the basic principles of his populist and kind of nationalist movement. It was given, I think, in a very powerful way. I don’t think we’ve had a speech like that since Andrew Jackson came to the White House. But you could see it was very Jacksonian. It’s got a deep, deep root of patriotism there.”

The Jacksonian reference offered a measure of Bannon’s influence: Though Trump acknowledged that he was struggling to study up on the tenure of Andrew Jackson, a painting of the seventh president was displayed in the Oval Office as the administration linked itself with the man who may well have been the country’s cruelest and most bigoted president as a role model.

First and foremost among the “they” Trump was referring to was Bannon, a history buff and an unabashed Jackson fan who made the “Jacksonian” spin central to his project of defining the new presidency.

Now, however, the two have parted ways. In the wake of the Roy Moore debacle, which blew up on both men, the president is suddenly claiming that his “chief strategist” was little more than a loony hanger on. Following this week’s revelations about Bannon’s devastating critique of the president and his family in Michael Wolff’s new book Fire and Fury, Trump insisted, “Steve was a staffer who worked for me after I had already won the nomination by defeating seventeen candidates, often described as the most talented field ever assembled in the Republican Party.… Steve had very little to do with our historic victory…”

Bannon had everything to do with Trump’s election, the transition that followed, and the critical first months of Trump’s presidency. These two profoundly flawed men have finally fallen out with one another. But that does not change the fact Trump has for a very long time channeled Steve Bannon.