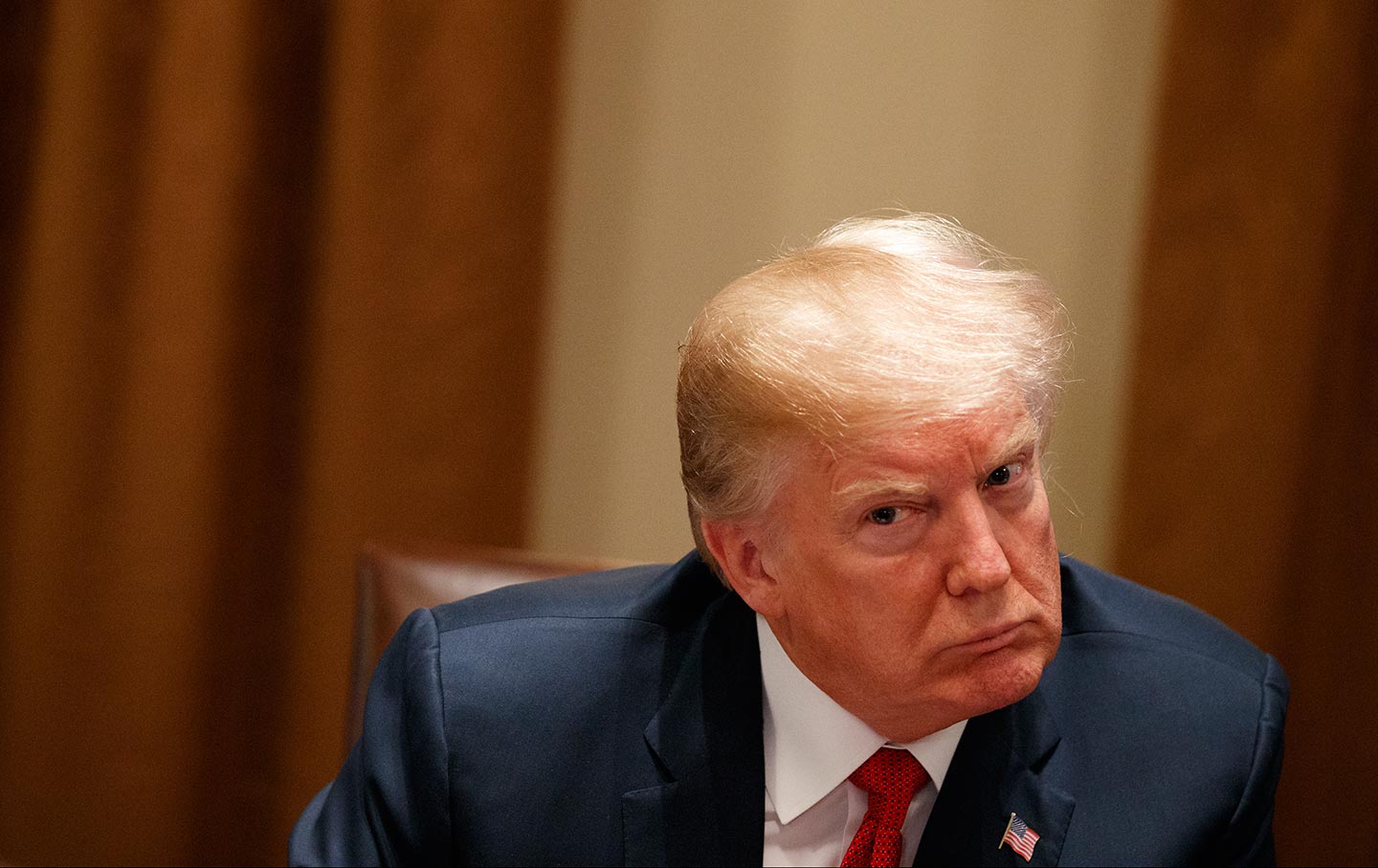 President Trump’s boldest critics will tell you that he has been committing offenses that merit impeachment since he took office on January 20, 2017.

More cautious critics will tell you that, whatever the president may have done, members of Congress “ought not to get ahead” of what Robert Mueller’s inquiry reveals. Some even calculate that impeachment must remain “off the table.”

President Trump’s fellow Republicans, even those who express occasional frustration with the tweeter in chief, are so drunk on partisanship that they cannot imagine doing anything that might trip up the leader of their party. And Trump, imagining himself to be the essential man that he has never been, warns that were he to be impeached, “the market would crash” and “everybody would be very poor.”

Everyone, it seems, has a different response to the question of how to hold the president to account. The Constitution provides the rough outlines of an answer. It tells us that “The President, Vice President and all civil Officers of the United States, shall be removed from Office on Impeachment for, and Conviction of, Treason, Bribery, or other high Crimes and Misdemeanors.”

Harvard’s Laurence Tribe suggested after reading the president’s tweet that “this would belong high in the obstruction of justice article of any bill of impeachment.”

A “high crime,” as the term was understood by the authors of the impeachment clause, refers to an abuse of power by an official who has assumed a position of authority and sworn an oath to respect the rule of law and the dictates of the Constitution while exercising the duties of that position. Alexander Hamilton, a key player in debates about the scope and character of the Constitution, explained that the impeachment power was established in order to respond to “those offences which proceed from the misconduct of public men, or, in other words, from the abuse or violation of some public trust. They are of a nature which may with peculiar propriety be denominated political, as they relate chiefly to injuries done immediately to the society itself.”

The list of abuses of “a nature which may with peculiar propriety be denominated political” must, necessarily and certainly, include attempts by a president to influence legal processes in order to protect his partisan allies. And that is precisely what President Trump did on September 3 when he tweeted: “Two long running, Obama era, investigations of two very popular Republican Congressmen were brought to a well publicized charge, just ahead of the Mid-Terms, by the Jeff Sessions Justice Department. Two easy wins now in doubt because there is not enough time. Good job Jeff…”

As Time magazine explained it: “Though Trump did not name the congressmen, he seemed to be referring to California Rep. Duncan Hunter and New York Rep. Chris Collins, both of whom are currently facing charges.” Hunter is still running for reelection, but his race is seen as much harder now that he and his wife have been charged “with using more than $250,000 of campaign funds for personal expenses, including vacations and their children’s school tuition.” Collins has suspended his campaign since his indictment on “insider trading charges [related to allegations that he] made stock trades using inside information about a biotechnology company.”

Trump does not want his Republican allies to lose control of the US House of Representatives to the Democrats. The fight for the House is an intense one, and could well be decided by a few seats. The president’s tweet left no doubt about his objections to the Justice Department’s pursuit of Hunter and Collins, and about his frustration with Attorney General Sessions. As such, it is difficult to read his statement as anything other than the suborning of the politicization of the Justice Department’s approach to allegations of corruption involving Republican members of the House.

“This is not the conduct of a President committed to defending and upholding the constitution,” observed retiring Senator Jeff Flake (R-AZ), “but rather a President looking to use the Department of Justice to settle political scores.”

Even if Sessions resists the presidential pressure, someone else at the Justice Department—a new attorney general, perhaps, or a deputy seeking advancement—now knows that the way to please the boss is by preventing the prosecution of Republicans. That is the message that Trump delivered with a tweet that signaled a preference for abuses of “a nature which may with peculiar propriety be denominated political.”

Harvard Law professor Laurence Tribe suggested after reading the president’s tweet that “this would belong high in the obstruction of justice article of any bill of impeachment.”

The president has committed a high crime that is fully, and necessarily, impeachable. To imagine it as anything else is to quibble with the Constitution in a most unseemly manner.

John Nichols is the author of the foreword to the new book The Constitution Demands It: The Case for the Impeachment of Donald Trump (Melville House), by Ron Fein, John Bonifaz, Ben Clements.