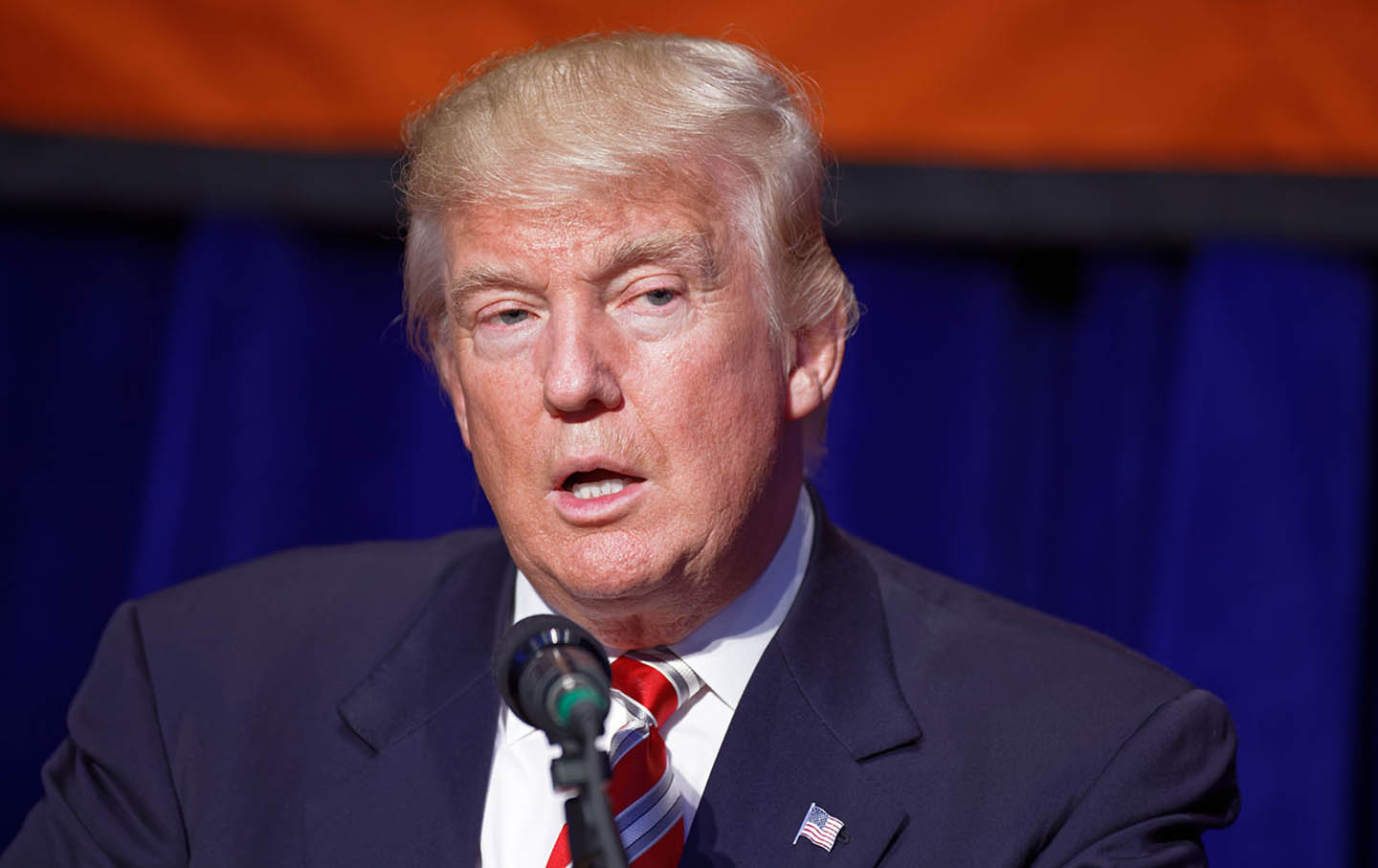 Even the redacted version of Robert Mueller’s report is effectively an impeachment referral. His team found that eight of the 10 acts of apparent obstruction of justice they looked at satisfied the Justice Department’s three criteria for charging someone with a crime. The special counsel didn’t do so because he was bound by a Department of Justice legal opinion that a sitting president can’t be indicted, and Mueller made it clear that it is properly the role of Congress, not the executive branch, to rein in a corrupt and lawless president.

On its face, that imposes a duty on House Democrats, all of whom swore a solemn oath to defend the Constitution. But given that it’s almost certain that the Senate would not remove Trump from office if the House indicts him (at least 20 of the Senate’s 53 Republicans would have to vote to convict), there are two prevailing arguments against pursuing impeachment. Both are political.

The first, articulated by Senator Bernie Sanders at a town hall this week, is that impeachment would distract from the Democrats’ core messages. “If for the next year, year-and-a-half, going right into the heart of the election, all that the Congress is talking about is impeaching Trump…and we’re not talking about health care…and all of the issues that concern ordinary Americans,” then impeachment would ultimately work “to Trump’s advantage,” he said, according to CNN.

The problem with that argument is that it presents Trump’s contempt for the law as something that occurred in the past and that Democrats can choose to pursue or move past as the political circumstances dictate. But impunity always breeds more lawlessness, and there’s plenty of evidence that Trump plans to continue to act without regard for the law. The New Yorker’s Jonathan Blitzer reported that having reached the legal limits of its campaign against Central American refugees, the Trump regime is putting increasing pressure on the Department of Homeland Security to flout those laws and that “there’s a view now that we should be pushing the legal limits,” an unnamed DHS official told Blitzer, because “we’re going to win at the Supreme Court.” And shortly after Attorney General William Barr’s four-page summary of the report asserted that Mueller exonerated him, Trump told Customs and Border Protection Commissioner Kevin McAleenan that he should violate the law if that’s what it takes to bar Central American refugees from applying for asylum and promised that if McAleenan faced any personal liability as a consequence, Trump would pardon him, according to CNN. 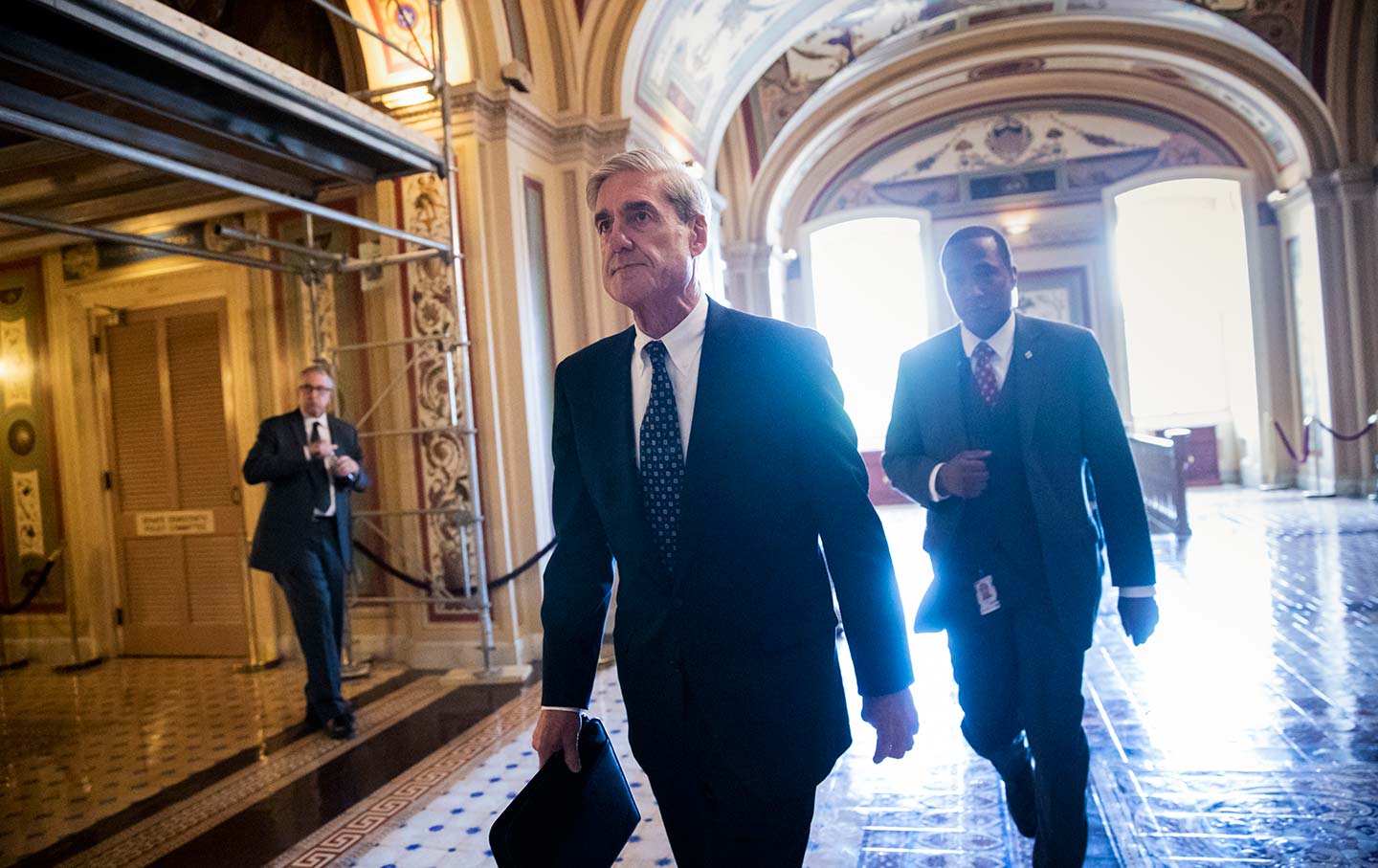 Robert Mueller Obstructed His Own Investigation As Much as Donald Trump

Trump also instructed his Treasury Secretary Steve Mnuchin to defy clear black-letter law by refusing to release his tax records to the House Ways and Means Committee. And in just the past week, the regime has sued House Oversight Committee Chair Elijah Cummings (D-MD) and Trump’s own accounting firm to quash a subpoena seeking additional financial information pertaining to the president’s business interests and ordered then–White House security director Carl Kline, who issued security clearances to senior regime personnel over the objections of career national security officials, to ignore subpoenas from House committees charged with overseeing the executive branch. Trump did the same with now-former White House counsel Don McGahn, who was present at a number of key moments detailed in the Mueller report. (McGahn was mentioned 150 times.) And that’s just the beginning; Trump later told reporters, “We’re fighting all the subpoenas.”

Trump is practically daring Democrats to stop him, and their options for doing so are limited. The House can and should hold intransigent officials in contempt of Congress, as it did this week with one regime official, but Barr’s Justice Department would have to enforce sanctions for criminal contempt. (Congress has that power in theory, but the Supreme Court concluded that it could not be used to compel the cooperation of executive branch officials if the president invokes executive privilege.) That leaves them with the option of a civil contempt process—they can sue—but as Elie Mystal pointed out, that would probably drag on past the 2020 elections.

So this isn’t just about the Mueller report. It’s also a separation-of-powers issue. Trump, armed with a facile talking point equating congressional oversight with presidential harassment, isn’t defying some minor norm. The founders foresaw the possibility of an authoritarian president consolidating power, and impeachment was the tool they gave Congress to protect the integrity of the republic in such a scenario.

Some argue that it’s premature to move to impeachment. But it isn’t necessary for Democrats to launch a formal impeachment process at this time. They could instead begin an impeachment inquiry—a preliminary step in the Rules Committee, which might accomplish two important things. First, it would serve as a shot across Trump’s bow, a warning that he cannot continue to thwart Congress’s constitutional powers without consequences. Second, it would provide a bulletproof legal rationale for the House to pursue testimony from regime officials, Trump’s financial records and an unredacted copy of the Mueller report.

The second argument against impeachment is that it might fire up Trump’s base and spark a backlash against Democrats that could propel him to a second term in 2020. This argument is largely premised on Republicans’ experience impeaching Bill Clinton in the late 1990s. As his former press secretary Joe Lockhart wrote in The Washington Post, “Nothing will unite an increasingly fraying Republican Party more than trying to remove the president anywhere but at the ballot box. Democrats risk the kind of overreach that doomed the Republicans 20 years ago.”

Lockhart acknowledges that there’s a big difference between impeaching a president for lying about sex and holding one accountable for serious crimes. But more important, when Republicans went after Clinton, 63 percent of Americans approved of his job as president, and only 34 percent disapproved, according to Gallup. His approval ratings dipped below 60 percent in just three of the 19 surveys Gallup conducted in the previous year. Trump, on the other hand, is historically unpopular. His net approval rating dropped into negative territory on the 15th day of his presidency, according to FiveThirtyEight’s polling average, and hasn’t come close to recovering since then. His approval rating has consistently bounced between the high 30s and the low 40s for the past 20 months.

Given how fixed public opinion of Trump has been, there’s good reason to believe that Democrats would benefit politically from pursuing impeachment. Most Americans will never read the redacted Mueller report and are getting their information through their preferred media. If your primary source of information is the conservative media or your Facebook friends, you probably believe that Mueller found no evidence of wrongdoing. So while House Speaker Nancy Pelosi was correct when she said that “the facts regarding holding the president accountable can be gained outside of impeachment hearings,” a major virtue of impeachment hearings—or hearings pursuant to an impeachment inquiry—is that they would be must-see TV. All the networks would carry them live, and tens of millions of people would tune in and hear from the witnesses and see the evidence against Trump directly.

The Mueller report is incredibly damning, detailing not only Trump’s persistent attempts to obstruct justice but also his venality and incompetence. It showed that once in office, he repeatedly ordered politically motivated prosecutions of Democrats and law enforcement personnel and that he avoided committing more offenses only when his staff ignored those orders. Making sure that the public understands the full scope of what Mueller’s team found can only damage Trump heading into next year’s election.

Trump’s core followers will be motivated to turn out next year regardless. At the same time, it’s not hard to imagine Democratic voters becoming demoralized if Congress sits on its hands and Trump spends the next 18 months claiming that their unwillingness to hold him accountable proves that it was a witch hunt all along. It was one thing to assure the Democratic base that it was unwise to pursue impeachment before the facts were in, but it’s another to say that even though Mueller’s report lays out a damning case against the president, now is not the time to do anything about it because elections are coming up next year.

So Democrats should let the presidential candidates talk about how they would improve people’s lives while the House reveals the full extent of Trump’s perfidy in a series of high-profile hearings. It may be true that only about 40 percent of Americans currently favor impeachment, but that’s twice as high as the 19 percent who favored impeaching Richard Nixon at the beginning of that process, according to Gallup. And over the course of the Watergate hearings, the share of respondents who believed Nixon’s crimes were worthy of impeachment tripled.

The founders gave Congress one constitutional remedy for a corrupt and lawless president. Failing to use it because of political concerns or because the Senate is unlikely to convict would not only signal to Trump that he’s above the law but also make it clear to future presidents that impeachment is too politically fraught to serve as a practical check on their power and that they would have to adhere to the law only if the opposing party controls the House and has a big majority in the Senate.

That’s a bad precedent to establish. Fortunately, reining in Trump with at least an impeachment inquiry is not only a constitutional imperative. There’s also good reason to believe that it would be smart politics heading into 2020.