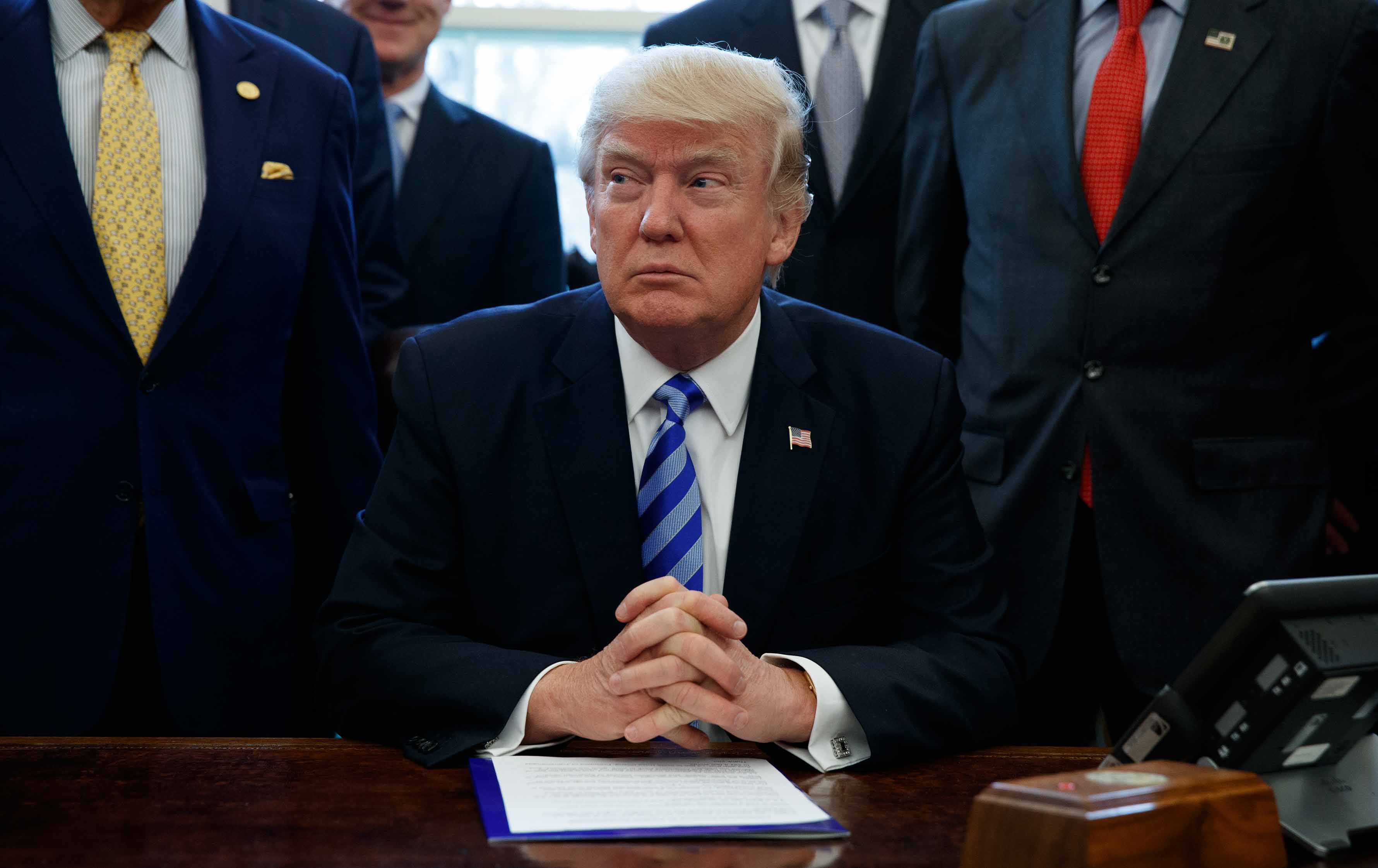 Donald Trump has made plenty of bad deals in the course of his career. There was his Atlantic City casino empire, which ended in multiple bankruptcy filings. There was Trump University, which led to multiple lawsuits and a $25 million settlement. There was the deal with electronics chain Sharper Image to sell outrageously priced mail-order steaks, which lasted all of two months.

But a health-care plan that could cut 24 million people off of health insurance was such a bad deal that even the dealmaker in chief couldn’t close it. On Friday, the GOP’s bid to replace the Affordable Care Act collapsed on itself, after it became clear that the Republican plan could not pass the House. “We’re going to be living with Obamacare for the foreseeable future,” House Speaker Paul Ryan acknowledged shortly after pulling the legislation.

Protests at town-hall meetings made it clear to Republicans in swing districts that there would be consequences.

The bill—called the American Health Care Act—failed for a jumble of reasons. It would have done real damage to Republican constituents, and it was remarkably unpopular on both the left and the right. In a Quinnipiac poll released this week, 54 percent of voters disapproved of the Republican plan; critically, only 17 percent approved of it. Republican leaders barely tried to make a case that it was good policy; the most they could say in its favor was that it wasn’t Obamacare. But for hard-line members of the Freedom Caucus it was, in fact, too much like Obamacare. Even last-minute changes to toughen Medicaid requirements and further deregulate insurance markets weren’t enough to bring them on board. On the other side, protests and emotional testimony at town-hall meetings made it clear to moderate Republicans in swing districts that there would be consequences in voting for such a regressive bill.

The failure of GOP’s plan doesn’t mean the fight over Obamacare is over, but that it will move to the shadows.

As for Trump, he made astonishing miscalculations throughout the process. The first was to offer wild and incompatible promises, both before and after the election—that Republicans would swiftly and fully repeal Obamacare, and replace it with a plan that offered better insurance to more people for less money. The AHCA did none of those things, and at first the White House received it tepidly. Then Trump went all-in on the plan, and spent the week alternately wooing and threatening noncommittal legislators, while doing little to sell it to the public. By Thursday, it was apparent that the president’s bullying wouldn’t be enough, and the vote was pushed back a day. Even so the White House continued to confidently predict victory.

It’s unlikely the GOP will return to health-care-reform legislation this year. (“It’s enough already,” Trump told a reporter Friday afternoon.) That doesn’t mean the fight over Obamacare will wind down, necessarily, but that it will move into the shadows. The Republican plan now, Trump told reporters, is to wait for Obamacare to “explode.” Similarly, Ryan predicted, “The worst is yet to come with Obamacare.” In all likelihood, what that means is that the GOP will now occupy itself with sabotaging the law. Health and Human Services Secretary Tom Price, an ardent Obamacare critic, is perfectly positioned to do just that, via small regulatory actions that will attract considerably less attention than a legislative battle. The administration has already begun that work—for instance, by canceling millions of dollars’ worth of prepaid television advertisements for the Obamacare enrollment period.

For Democrats, the failure of the AHCA creates an opening to stake out a new offensive position on health care. This week’s debacle revealed that the GOP does not have a broad mandate for fully dismantling the ACA; indeed, Trump has the lowest approval rating of any new president, while Obamacare’s popularity has never been higher. Several states have yet to expand Medicaid, one of the most successful and popular parts of the ACA. That is fertile ground for activists and candidates, as expansion could impact the lives of millions. As it happens, a committee in Kansas’s Republican-controlled Senate moved to expand that state’s Medicaid program just hours before Republican leaders in Washington canceled the House vote.