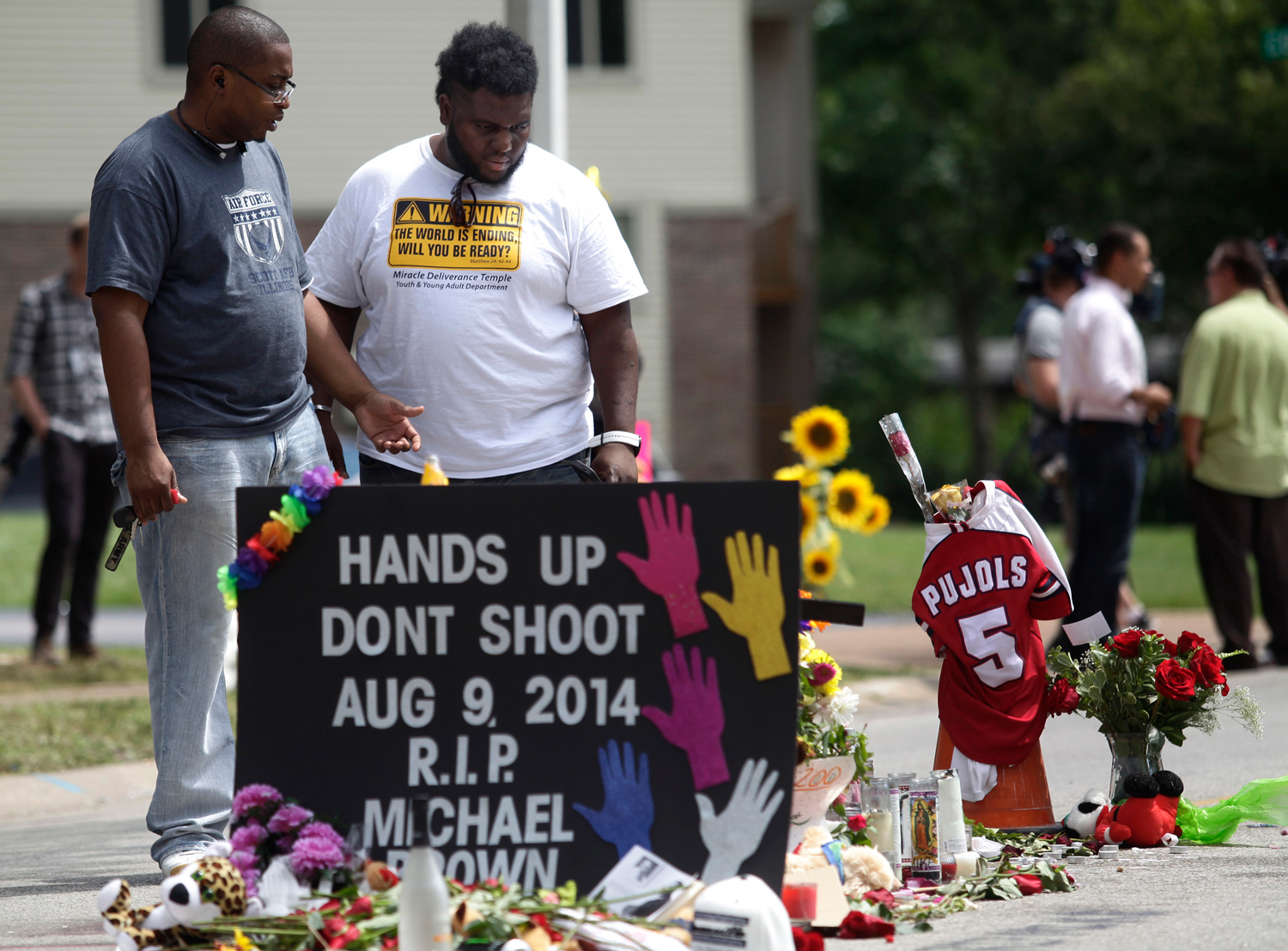 About a month after George Zimmerman killed Trayvon Martin and had yet to be arrested for doing so, I wrote:

The crime of killing a black person still is not greater than the crime of being black.

After Zimmerman had been arrested, I wrote:

Those new to the cause of defending black life will soon have to face the bleak truth black people have lived with for so long: we don’t often win. The justice system has never been kind when it comes to its dealings with black men. Emmett Till’s killers both died of cancer—as free men, never having spent a day in prison. The police officer caught on cell phone camera killing Oscar Grant served all of eleven months. It took more than five years for the cop who fired the first of fifty shots at Sean Bell to lose his job. Despite evidence of his innocence, Troy Davis was executed. And those are just the names we know.

That same month, after Dante Servin shot and killed Rekia Boyd, I wrote:

Even if the police are telling the absolute, 100% truth in this case, the actions of those endowed with the authority to kill should be subject to intense scrutiny. Police command a certain amount of respect, but given how tense and violent the relationship between them and the Black community has been, there is an understandable level of skepticism and apprehension Black people in general hold toward police. So even if it was an accident, it never feels like an accident. Black folk, particularly Black youth, feel hunted. And so long as police are not held accountable for taking the lives of young Black people, the cycle of death and distrust continues.

We have deluded ourselves into thinking that the post-civil rights/Obama era is one in which racism either doesn’t exist or is waning to the point of irrelevance. Whether or not things are “better” starts to feel inconsequential when “better” still means young black people aren’t safe in their own skin. We haven’t come to grips with the fact that America is a fundamentally racist society. Racism built this country into what we know it to be today. It takes more than observing a Martin Luther King Jr holiday and electing a black president to unwind such deep-seated bigotry. We can’t eradicate it if we can’t name it, and so long as we refuse to name it, more Jordans, more Trayvons and more Oscars will die. Their blood is on our hands, and we’ve become so self-satisfied, we don’t even bother to wash it off. We keep moving as if they never existed.

The next summer, after a mistrial was declared in the case of Joseph Weekley killing Aiyana Stanley-Jones, I wrote:

Part of what it means to be black in America now is watching your neighborhood become the training ground for our increasingly militarized police units. The issue is that while, ideally, police would be interested in maintaining peace, when you turn them into soldiers who believe they’re fighting a war they will do what soldiers in a war zone do: harm and kill indiscriminately. Children aren’t exempt.

Less than a month passed before George Zimmerman was acquitted on murder charges for killing Trayvon Martin, and I wrote:

In a statement released the day after the verdict was announced, President Obama said: “I know this case has elicited strong passions. And in the wake of the verdict, I know those passions may be running even higher. But we are a nation of laws, and a jury has spoken. I now ask every American to respect the call for calm reflection from two parents who lost their young son.” But I ask him, and everyone else who says we must respect the verdict: How long are we supposed to remain calm when the laws we are called to respect exist in an open assault on our humanity? The arc of the moral universe bends slowly. Our lives are on the line right now.

At the beginning of 2014, a mistrial was declared in the case of Michael Dunn killing Jordan Davis (though he was convicted on other charges), and I wrote:

We desperately reaffirm for ourselves and our children the value of black life in a country that declares us worthless. We cry and renew our hope. And then we move on to the next one.

Michael Brown was robbed of his humanity. His future was stolen. His parent’s pride was crushed. His friends’ hearts were broken. His nation’s contempt for black youth has been exposed. A whole generation of young black people are once again confronted with the reality that they are not safe. Black America is left searching for that ever-elusive sense of justice. But what is justice?

The point of this is not a survey of my “greatest hits.” I take no joy in having been compelled to write any of this. I take even less joy in the act of finding new words to repeatedly say the same things. It’s not any credit to me as a writer; it’s an indictment of the American refusal to address the roots of the problem. And that refusal has real world consequences, the most visible of which is the still growing list of martyrs of racist/state violence.

With that truth constantly looming in the background, the small victories appear inconsequential. The Department of Justice released its report on the Ferguson police department and confirmed what the residents and activists from the area have been saying since the small Missouri town became a bright spot on our collective maps: the police are shakedown artists, harassing the black community and filling the coffers of local government based on fraudulent and/or unnecessary arrests, summonses and fines, and doing so in a violent manner. It’s good to have this documentation. It’s good to have this evidence. But the desire of the American people to do nothing to address racism, much like climate change, is impervious to facts. No matter how much evidence you throw in our faces, we’ve decided it’s our right as Americans to pretend the problem doesn’t actually exist.

Also, Michael Brown is still dead. And Darren Wilson killed him. The DOJ has decided, as did a grand jury in St. Louis County, that Wilson is not criminally responsible for Brown’s death. There’s a temptation to say that the system worked in Wilson’s case, given the thoroughness of the investigation the DOJ undertook. He was allowed due process. The evidence didn’t support the filing of any charges, whether for murder or the violation of Brown’s civil rights. Wilson committed no crime that the state can prove.

This is not a win for the American system of justice. This is no justice at all. Michael Brown is dead. Let’s say his hands weren’t up when Wilson shot him. Let’s say he charged at Wilson. Let’s say he reached for Wilson’s gun. Let’s say he hit Wilson. Michael Brown shouldn’t have died because of that. His punishment for defiance of a police officer was death. If this is the best system we can think of, we need to be ashamed of ourselves.

There is no justice to be found where there are dead black bodies. There are no congratulations to be awarded when the killers of black people are absolved. This is deeper than Wilson and Brown having an altercation that ended in Brown’s death. It’s about how those two lives came to cross each other’s paths in the first place.

The findings of the DOJ report points us in the direction. The question now is what we will do with the information. The suggestions found in the DOJ report aren’t really transformative—they recommend collecting more data on race and using de-escalation techniques, among other things. They should instead be focused on decriminalizing nonviolent offenses and finding sources of revenue that are not municipal fines—things that will reduce the amount of contact between citizens and the police. If history is any indication, we will change something rather minor, celebrate the victory, and then act as if racism not only disappeared but we never actually had a problem to begin with.